Drag Queens at Please Touch Museum Have Some Parents Outraged

"We loved the Please Touch Museum," says one suburban mom. "But we'll never go there again." 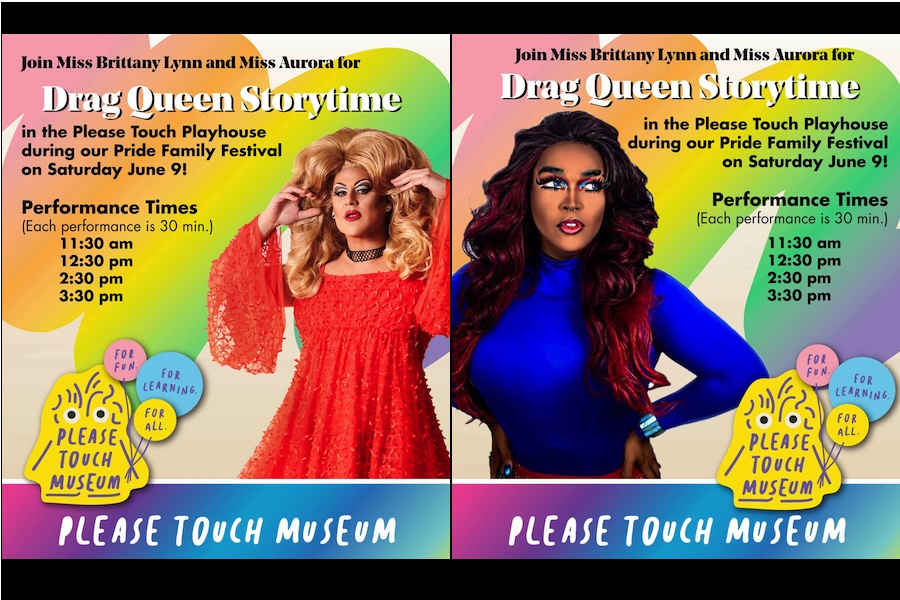 The Please Touch Museum in Philadelphia isn’t exactly the kind of place where you’d expect to find a lot of drama brewing. After all, the popular Fairmount Park museum is geared toward kids aged six months through 7 years and features things like a kid-sized grocery store, a century-old carousel, and a room where kids can build and launch their own rocket ships. Controversial it is not.

But then the Please Touch Museum invited the drag queens.

In honor of Pride Month, the Please Touch Museum is hosting a Pride Family Festival this Saturday, and the main event is Drag Queen Storytime, which is pretty much what it sounds like. Popular Philly drag queens Brittany Lynn and Miss Aurora will read books to kids and their families during four half-hour sessions throughout the day. And there are some parents who are none too thrilled with this idea.

In the past few days, the Please Touch Museum’s Facebook page lit up with a rather, shall we say, spirited debate on the appropriateness of drag queens for kids after the museum shared advertisements for the show.

According to Ian Morrison, the man under the Brittany Lynn wig who has done many similar events at local libraries and schools, the reading material will include anti-bullying book The Pout-Pout Fish and the Bully-Bully Shark, another book about accepting yourself, a story about imaginary friends, and This Day in June.

“It’s this amazing pride book for children that covers everything from Dykes on Bikes to leather daddies,” Morrison told me on Thursday, as he was trying to decide whether to go in drag to the Sandra Bernhard show that night. “I get choked up when I look out and see these parents exposing their children to different lifestyles.” 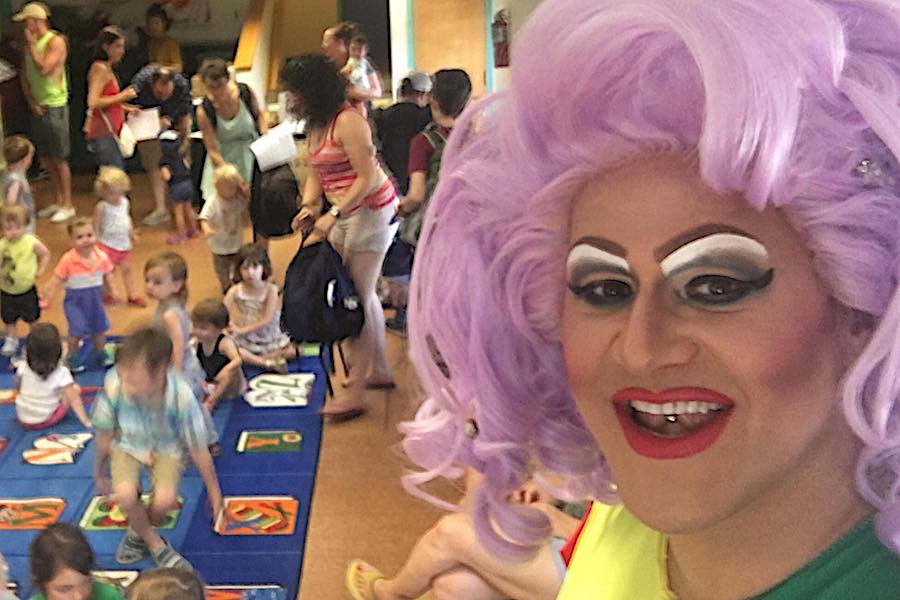 The outrage on the Please Touch Museum Facebook page was strong.

“Definitely very inappropriate to subject children of these ages to things like this,” wrote one Jenkintown dad.

“What kind of ship nuts is this???” asked a Muslim grandmother from the area. “Why is this mess being forced on our children?? I’m so lost and confused. My grandchildren know nothing about this and I don’t want them to. This is disgusting.”

And Chadds Ford’s Marcos Almonte, pastor of Brandywine Baptist Church and self-described “Preacher of the Inerrant Infallible Word of God,” made this issue his cause-of-the-week, saying in a Facebook video-sermon that Drag Queen Storytime is a further indication that God will soon judge the wicked people of the Earth with something equivalent to the Genesis flood narrative.

The preschool teacher and mother of two Please Touch-aged kids was one of the early critics of Drag Queen Storytime on the museum’s Facebook page. She says that she looked up Brittany Lynn and Miss Aurora online and found videos of them being “foul,” “vulgar,” and “disgusting,” and she worries that we’re normalizing things like transgenderism, transsexualism, and homosexuality.

Bacon points to a controversial study that suggests that the children of same-sex parents experience higher rates of depression, obesity and suicide.

“Dressing in drag is just taking it too far for young children,” Bacon insists, adding that she spoke directly with Please Touch Museum president and CEO Trish Wellenbach about her concerns. “This is not something that a two-year-old or even an eight-year-old can parse out in their little brains.”

One Lower Merion mom, who asked me to withhold her name because she’s concerned that we’re going to “twist” her words “like the media does all the time with Christians,” says that she considers Drag Queen Storytime to be an “absolute abomination” and says she is considering acts of “civil disobedience” to combat Saturday’s event.

When I reached Morrison about the outrage over his event, he said he was unaware of it and that he’s never heard a single complaint about his readings for children.

“This generation of parents wants their kids to be open-minded,” Morrison believes. “Being a gay boy from Northeast Philly, I never thought this could happen. It wasn’t so long ago when people were freaking out about a gay kiss on Melrose Place, you know. So this is great for the kids. Their brains are like sponges. They accept whatever is presented. But please understand, I’m not trying to force my ‘gay agenda’ on anyone.”

But Please Touch Museum CEO Wellenbach is adamant that Saturday’s event is one drag queen show for kids that will not be cancelled. Under any circumstances.

“We made a commitment in a very purposeful way to reflect the city in which we reside and the community that we serve,” says Wellenbach, pointing out that the Please Touch Museum celebrates Pride just like it also celebrates Saint Patrick’s Day and Muslim holy day Eid al-Fitr, for instance. “It’s a parent’s decision whether to expose their children to this. But we spend a lot of time thinking about our responsibility to the community and to creating purposeful and important experiences. There is no wavering on that. This is our new normal.”