For two decades, we've celebrated technological advancement as an unquestioned good. Any chance we've had it all wrong? 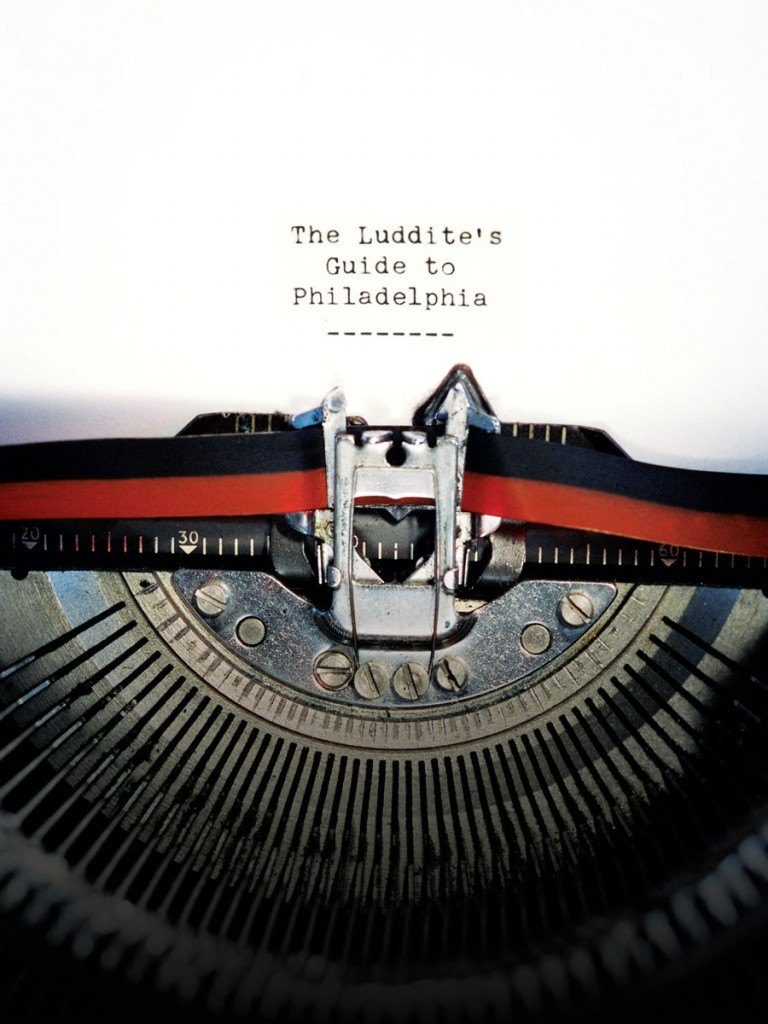 Feeling the tech fatigue and done with innovation? Then, friend, it’s time to put down your phone, fire your Uber driver, and remember what it’s like to be a human being again. Photograph by Gene Smirnov

What he remembers most, he says, is the afterglow.

Last winter, Drexel professor Brent Luvaas introduced a new course at the university called “Digital Detox.” The class was born of Luvaas’s own struggles; he’s an anthropologist, one who’s spent the past several years studying social media — which means he’s logged a lot of time on Facebook, Instagram and Twitter.

“The impetus for the class was really myself,” he says. “I got tired of it. I wanted to disconnect.”

The premise of Digital Detox was straightforward: Students would study the impact of technology and innovation — only they’d do so without actually using any tools that smacked of technology and innovation. On Mondays, for instance, Luvaas would hand students — who were required to check their phones at the classroom door — a printout of the week’s reading assignment, after which the entire class would simply sit together, silently consuming the text. On Wednesdays — again sans phones — they’d reconvene to discuss what they’d read, and on Fridays — unplugged once more — they’d do a writing assignment, putting down their thoughts with old-fashioned pen and paper.

Related: 21 Places in Philly to Escape the Tyranny of Modern Technology 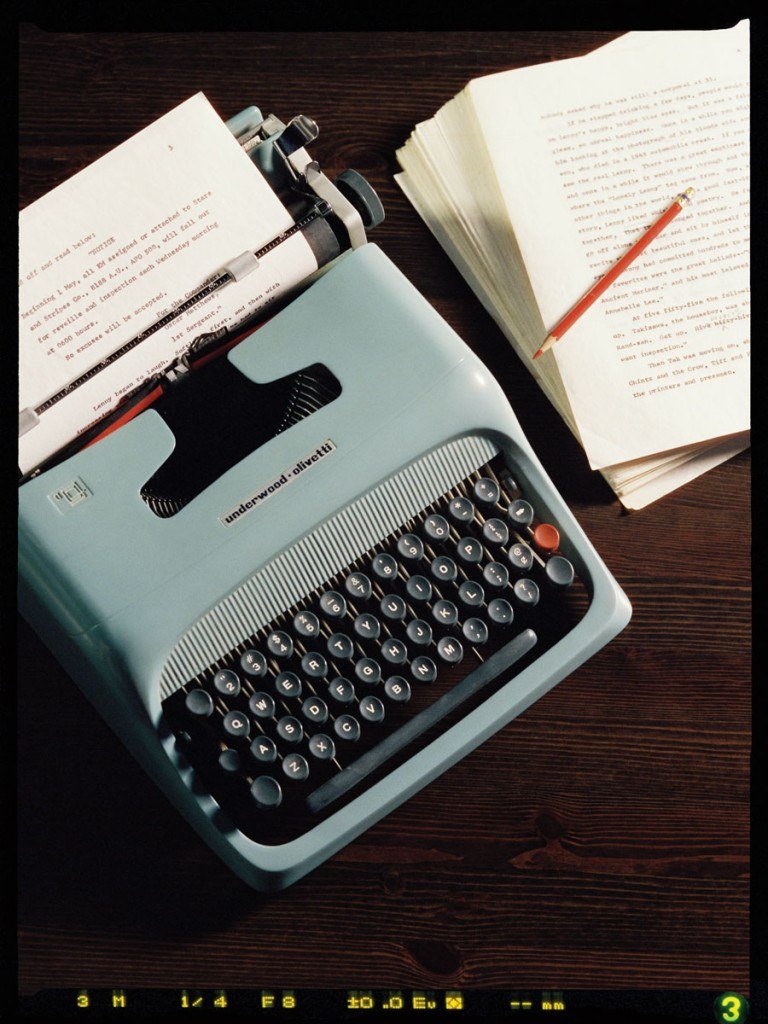 Let Us Now Praise: The Typewriter. Yes, of course you need a typewriter in your life: the powerful clack-clack-clacking as the keys hammer their inky marks onto the page; the satisfying ding! when you reach the end of a line; the triumphant zrrrt of the paper being pulled off the roller. Your laptop fools you into thinking those bits of light and shadow on the screen are real, but you know they’re a con; you know they can disappear. A typed page? That’s forever. Photograph by Gene Smirnov.

All in all, the course went well, Luvaas says, but a year later, what really sticks in his mind is the sensation he and his students experienced after each phone-and-laptop-free class. “There was a lingering high,” he says, “an addiction to being in a space with no technology.” That is, even though they were all free to start using their phones the minute class ended, the professor and his students tended to postpone reconnecting digitally as long as possible. It was as if their brains, or maybe their souls, just wanted to enjoy the quiet a little longer.

Related: A Philadelphia Legend on Life Without a Computer, Email, or Facebook

That we live in an age dominated by technology — and that we have little idea what that technology is doing to us — is pretty much conventional wisdom these days. But lately, I’ve started to wonder if something even deeper and more sinister is at work: namely, that as a culture, we’ve so blindly bought into the idea of “innovation” and “disruption” — in technology, in business, in education, in whatever — that we’ve forgotten to ask whether all those changes are really making our lives any better. Have we lost, to put it more bluntly, the ability to call bullshit when calling bullshit is exactly what’s required? 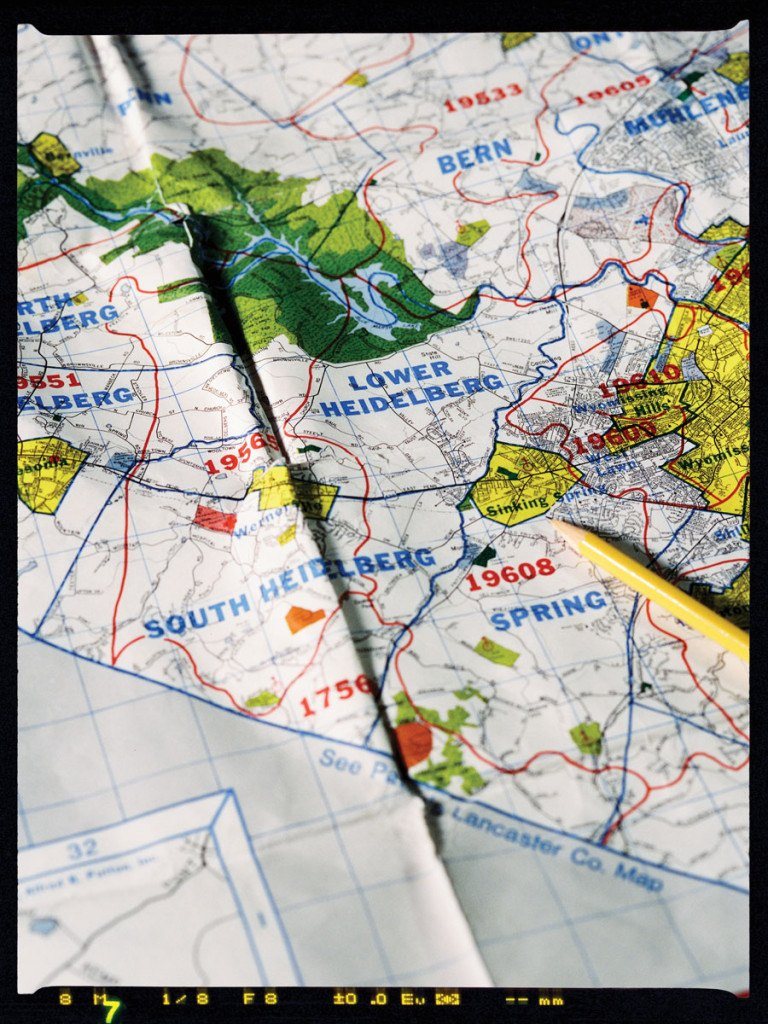 Let Us Now Praise: Maps. Can we talk about GPS for a minute? Can we talk about that sniveling Yes Man of a technology? You think it’s your friend because it gets you where you need to go, but isn’t it just a little too … accommodating? A little too … eager to please? You turned right instead of left? No, worries, Miss, I’ll happily reroute you! You missed the exit? Oh, Sir, that’s not a problem. I know so many ways to go! As if that’s good for you. As if that’s not slowly turning you into Fat Elvis. Here’s the beauty of a map: It tells you how to get there, then has enough respect for you to let you do the work. Photograph by Gene Smirnov.

Take, for example, what is hands-down the stupidest automotive “advance” of recent years: the keyless ignition. The technology — which lets you start your car not by turning a key, but by pushing a button on the dashboard — has been around for some two decades, but it’s only in recent years that the feature has gone mainstream. (It’s now in more than 60 percent of new cars.) I got my first taste of it when I leased a new Hyundai 18 months ago. After initially being tickled by the novelty, I’ve started asking myself a pretty basic question: Is something in particular wrong with the car key? What problem, exactly, are we solving here? I especially have those thoughts whenever I find myself pushing the button to turn the car off, only to be a little unsure the button has actually done that.

Apparently, I’m not the only one who’s uncertain: According to the New York Times, since 2006, at least 28 people have pulled their keyless-ignition cars into their garages and gone inside their houses without realizing the cars didn’t turn off. Those people are now dead. 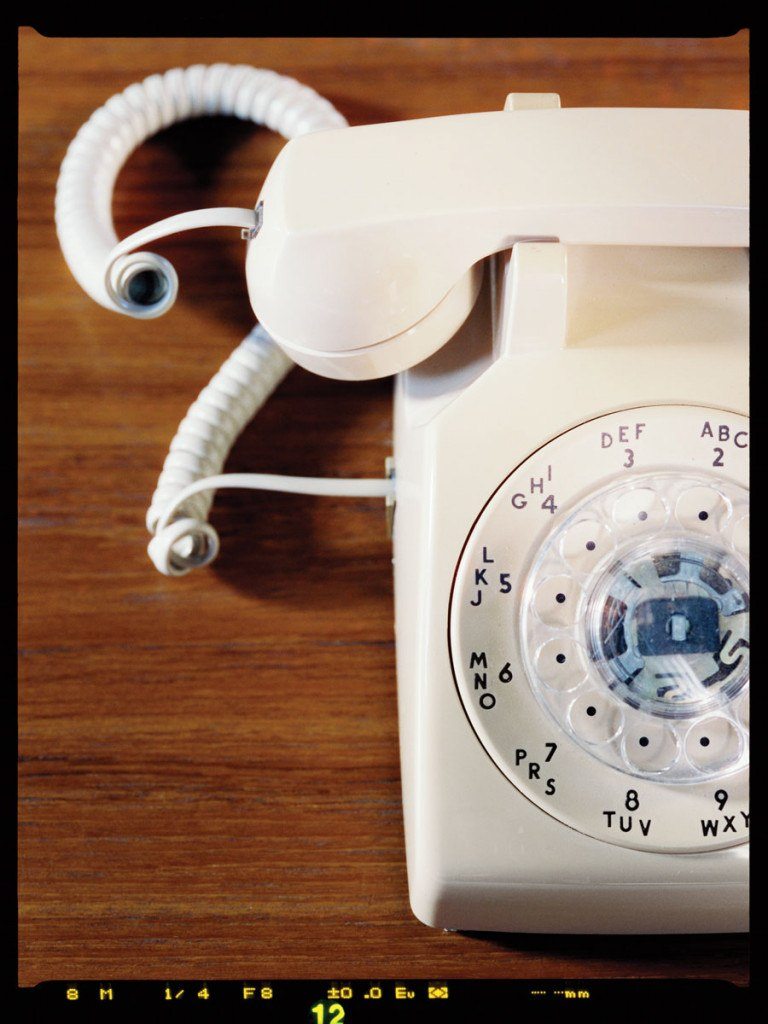 Let Us Now Praise: The Landline. You’re starting to miss it, aren’t you? You’re starting to realize how the landline gave you something that the smartphone, that clingy bitch, won’t ever let you have: some distance now and then, some space. Because as much as you want to be connected to the world, sometimes what you really need is to be disconnected. Photograph by Gene Smirnov.

Lately, I’ve started to think a little more skeptically about other advances, too. GPS is awesome — except now I don’t bother to learn how to get anywhere on my own. Amazon’s technology-enabled retail empire is astonishing — unless you’re one of the untold businesses it’s destroyed. My smartphone is truly a lifesaver — but is it also responsible for my inability to read a book or sit through a two-hour movie?

A pushback, I’m heartened to say, seems to be under way. The Times recently reported that Silicon Valley’s brightest minds are preventing their own kids from looking at screens, and in the wake of Facebook’s massive (and creepy) data breaches, millions of people have told Mark Zuckerberg and Sheryl Sandberg where they can stick it. Meanwhile, vinyl is hot again, typewriters are cool, and Philly writer Catherine Price made a splash with her recent book How to Break Up With Your Phone. 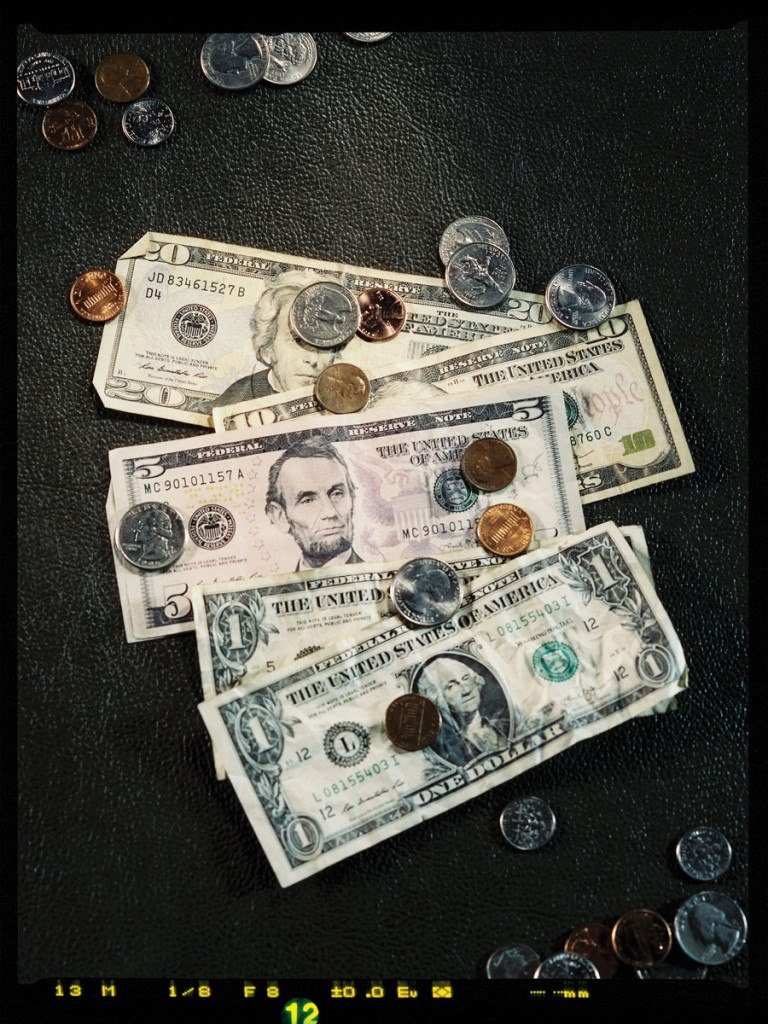 Let Us Now Praise: Cash. Before we get rid of cash completely, let’s just remember this: When you’re 11 years old and in the fifth grade and dependent on your family for your entire existence, there’s no greater thrill than opening a birthday card and having a crisp $20 fall out. Photograph by Gene Smirnov.

This isn’t to say that all technology is bad, or that the world shouldn’t move forward. Of course it isn’t, and of course we should. But how about we all stop subjugating ourselves to the tyranny of the innovation crowd — stop stipulating that anytime anybody claims to have made an “advance,” we assume it’s an improvement?

And let’s do it now, before the self-driving cars coming our way — keyless, I’m sure — become the death of us all.

Published as “The Tyranny of The Innovators” in the January 2019 issue of Philadelphia magazine.