What Our Favorite Philadelphians Order at Wawa

Yes, somebody actually fessed up to ordering the jalapeño-stuffed cheese pretzels, while one city official doesn’t get anything there these days. She’s boycotting! 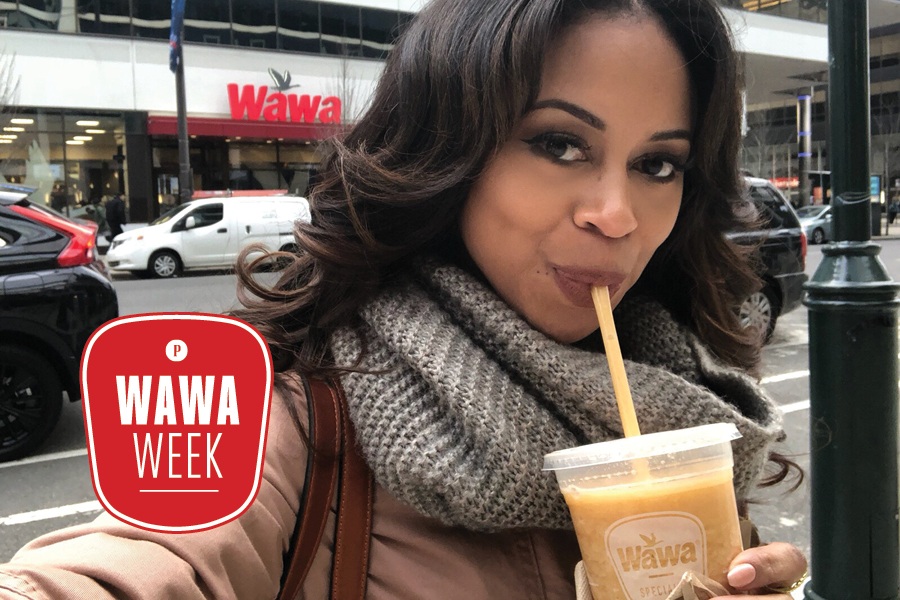 Alex Holley, Good Day Philadelphia co-host, says the peach smoothie is one of her favorite orders on the Wawa menu.

In honor of Wawa Week, we present the go-to Wawa orders of some of our favorite Philadelphians. Some of their answers weren’t particularly surprising (of course Cecily Tynan opts for wheat), while others, we weren’t really expecting.

“A junior meatball sandwich on wheat with tomatoes, pepperoncinis and pickles, and parmesan cheese and provolone.”

“Egg and cheese on a wheat Shorti with ketchup, apple slices, Wawa coffee, and a soft pretzel.”

“The large meatball. Always. No cheese. No oregano.” 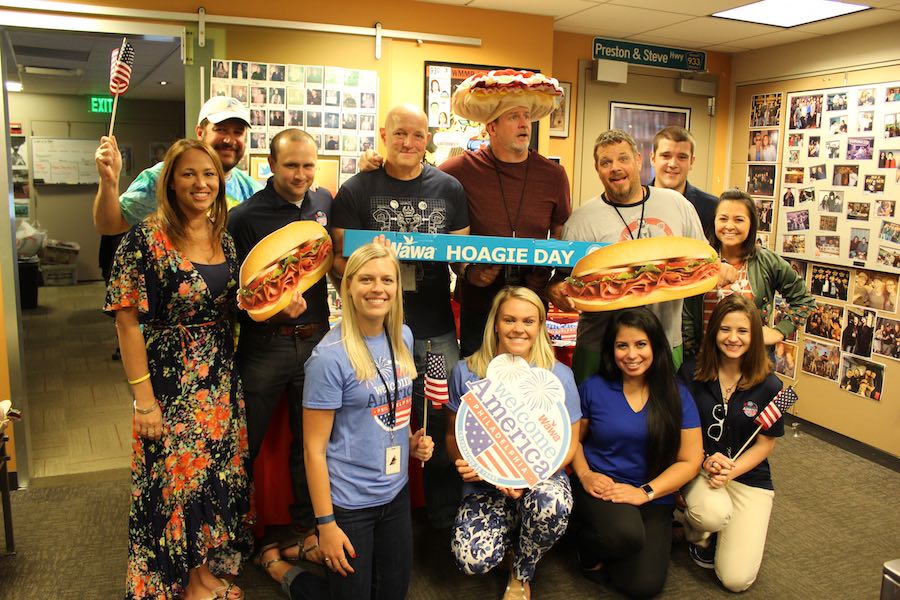 Kathy Romano: “Turkey whole wheat Shorti with American cheese, a little bit of oil and vinegar, oregano. And then the seven things my son throws on the counter, because he thinks it’s a free-for-all!”

“An everything bagel sandwich with egg salad, bacon, and cheddar cheese.”

“Their pre-made French vanilla coffee. You just pull the handle and it’s sweetened and right there.”

“A turkey Classic with lettuce, tomato, onions and mayo.” 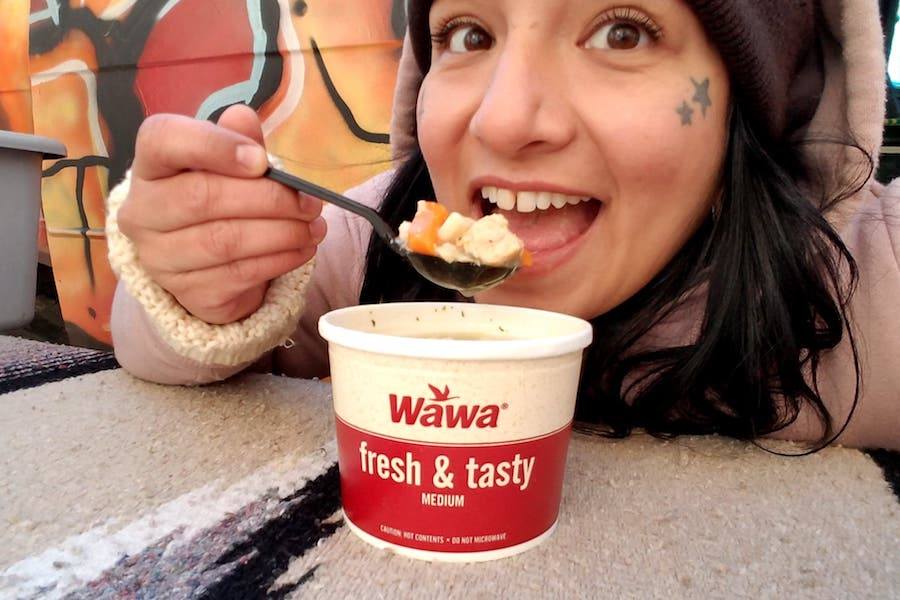 “One cup of chicken noodle soup, a Shorti Italian wit’ pepperjack, mayo, lil’ bit of oil and vinegar, onion, lettuce, jalapenos, black pepper, and jalapeno kettle chips. But my favorite items at Wawa are actually the Irish coffee creamer and the chicken noodle soup. Wawa fell off a lil’ — ever since they opened in Florida. Pretty much anything in the ‘baked goods’ case is fire — as in bomb, delish, banging, the heat, the good good.”

“The Italian sub sandwich and a peach smoothie.” [Ed. Note: We didn’t feel it was our place to correct Holley on her use of the word “sub.” She’s not from here.] 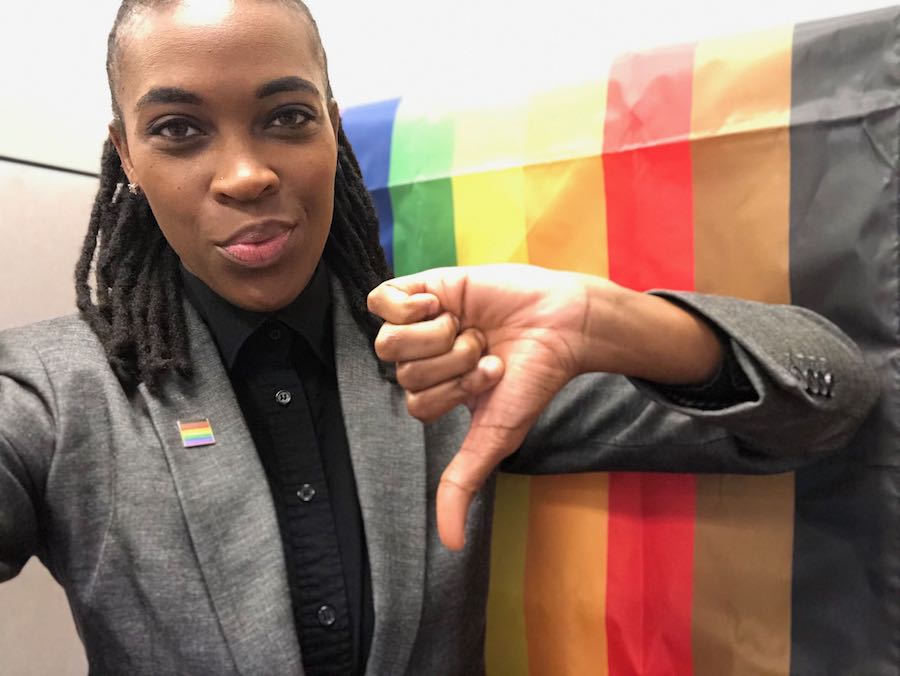 This is how Amber Hikes feels about patronizing Wawa.

“I haven’t gone in months since the news broke about their conservative campaign donations. It was definitely a tough decision, but I’m a Georgian that was able to give up Chick-Fil-A, so i can definitely be a Philadelphian that walks away from Wawa.”

“A turkey Shorti on wheat.” 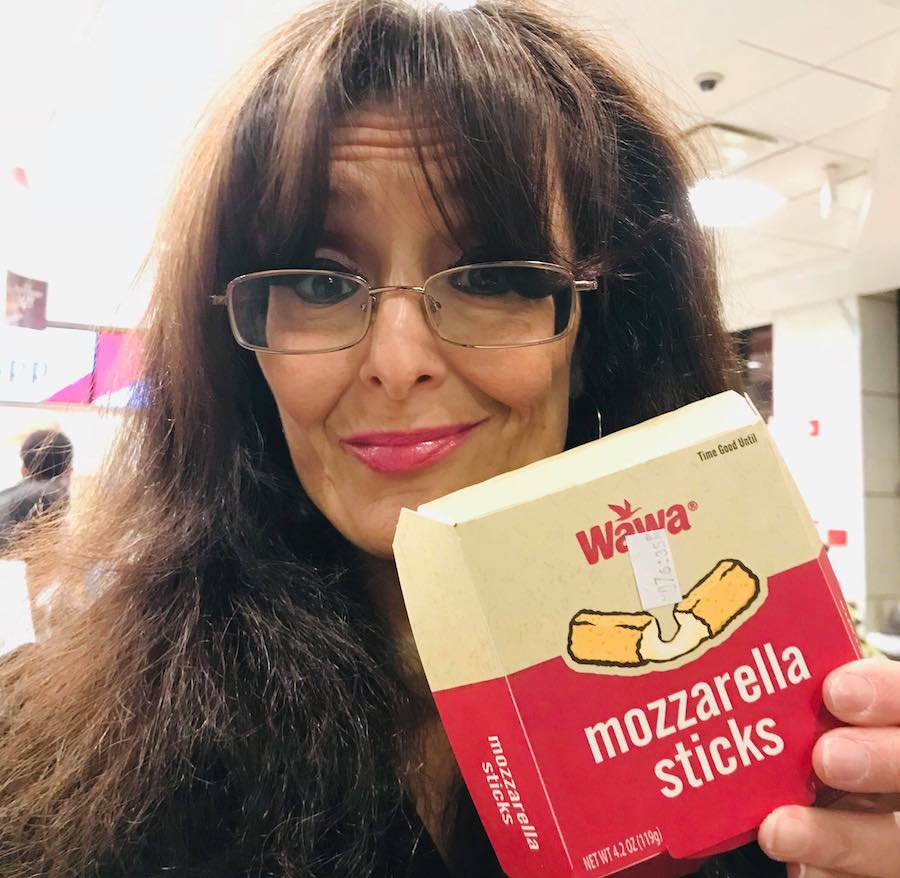 “The chicken fingers over mashed potatoes and the chicken corn chowder, along with a caramel chip Frappuccino thingie, which is not called a Frappuccino or a thingie but I don’t pay attention I just drink it. And sometimes the mozzarella sticks.”

“A tuna Shorti with lettuce, tomato and sweet peppers, with some sort of Arnold Palmer to wash it down. But I usually only do that before hitting Brigantine in the Jeep.”

“Tuna provolone with lettuce, tomato, onion, hot pepper, and mayo. Usually a Shorti but sometimes I get that really mini one and that just satisfies me.”

“Shorti with tuna salad, lettuce, tomato, pickles, extra mayo (don’t judge me), sweet peppers, spicy mustard. I grab more mayo packets in case the extra isn’t extra enough. I buy a big bag of lays chips, and an orange Gatorade. I put the chips on the hoagie along with more mayo. For me, a hoagie is essentially a vehicle for mayonnaise. I love Wawa.” 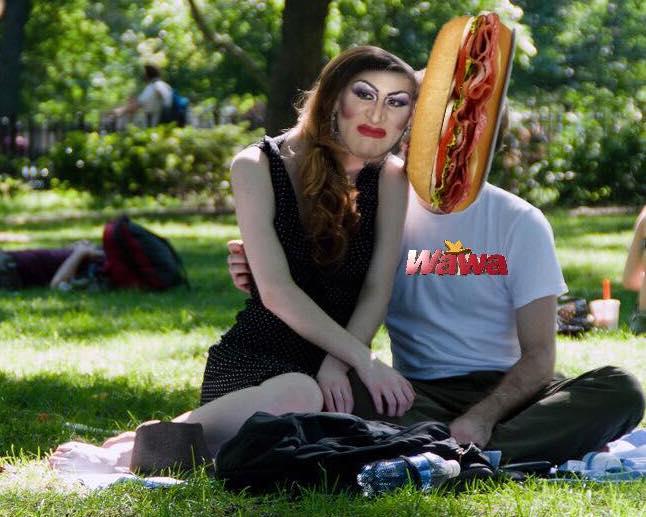 Ian Morrison sent us this photo-illustration of his drag character Brittany Lynn with her Wawa boyfriend.

“Chicken salad with provolone cheese, lettuce and banana peppers, salt pepper and oregano. You simply can’t go wrong with Wawa‘s chicken salad! This has been my go-to order for years.”

“Italian Shorti with lettuce, tomato, cheese and a light amount of oil. A 99-cent bag of Munchos, a pack of Vienna Fingers, a Wawa lemon-flavored iced tea, and maybe a few individually wrapped Swedish Fish or Dubble Bubble.”

With reporting by Fabiola Cineas. Note: Some of these responses appeared in previous Philly Mag interviews.