And they make flying up steep hills a cinch. 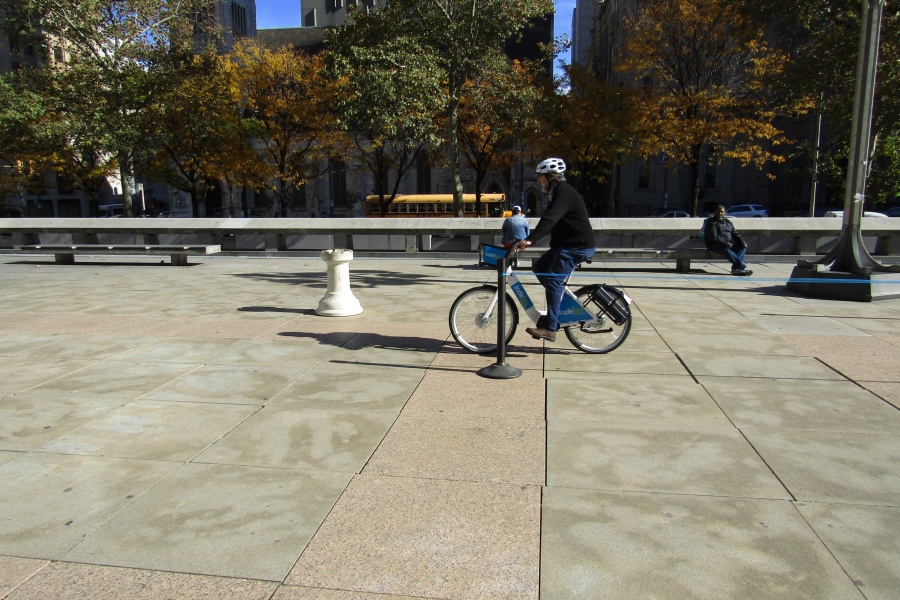 A man tries out one of Indego’s new electric bikes. | Photo courtesy of Indego

One of the first things I learned about Indego’s brand-new electric bikes is that they come with three modes: boost, sport and turbo.

Boost, so smooth you’ll barely notice it, gives you exactly what you’d expect: a little assist for your pedaling. Sport takes “boost” up a notch. Turbo, on the other hand, I’d recommend for when you’re looking to fly up some steep hills — which I did last week, when I took one of Indego’s new electric bikes out for a test-spin. 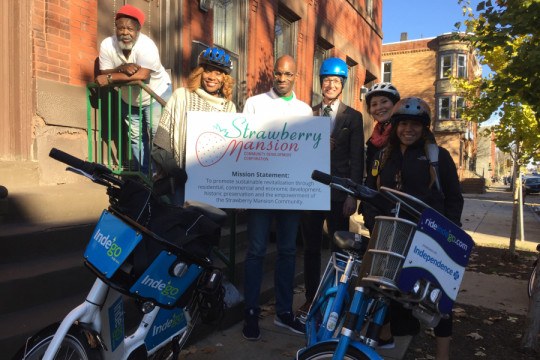 Tonnetta Graham (second from left) stands outside the Strawberry Mansion CDC after our group ride.

Indego debuted its new vehicles on Thursday. Shortly after, I and four others took part in a group ride from Center City to Strawberry Mansion. During the outing, I didn’t break a sweat. (Granted, I bike a lot, but I can guarantee you that I would’ve been pedaling pretty furiously up those Fairmount hills on my regular old road bike, and moving quite a bit slower.)

Tonnetta Graham, executive director of the Strawberry Mansion Community Development Corporation, joined me on the electric-bike ride. When we made it to the CDC’s headquarters near 29th and Diamond streets, she got off her new e-bike and jumped up and down, cheering.

“I’m in love,” Graham said. “I road from Center City on an Indego bike — I’ve never done that! It was something I always wanted to do, and the e-bike made it so much easier. It was a smooth ride. A little kick gave you a little confidence, so going up those hills was pretty easy.”

The Low-Down on the New E-Bikes

This past Thursday, Indego introduced 10 electric bikes into its existing 1,400-bike fleet as part of a two-month pilot program. The e-bikes are currently operational and in use throughout the city.

To find an electric bike, just check  the Indego app or website for a bike station with a green lightning bolt symbol — then check the station for a white e-bike instead of the regular blue bike. For now, you can check out e-bikes the same way you check out any other Indego bike: they won’t cost you extra (though that could change when Indego reevaluates prices at the end of the pilot program). To use the bike, you just hit the power button on the left handlebar, where you can also select your desired speed mode.

While the company informally refers to the vehicles as electric bikes, it’d be more accurate to call them what they are: electric pedal-assist bikes. This type of electric bike give you a motorized boost only when you’re already pedaling — the motor won’t propel you forward on its own. On its fastest mode, the bike will help you ride up to 17 mph — a pace that speedy cyclists can reach on regular bikes with a bit of effort. 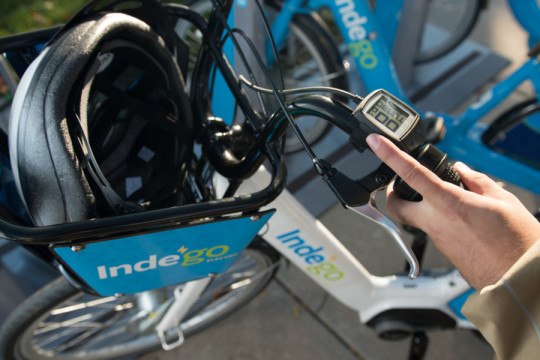 One other thing: Riders must be at least 16 years old to check out an Indego e-bike, as required by PennDOT. Minors looking to check out e-bikes need to be accompanied by a parent or guardian who is at least 18 years old during the ride.

What People Are Saying

Aaron Ritz, transportation program manager for the city, said officials have “heard nothing but positivity” regarding the new bikes. Ritz praised the bike’s high-performing breaks (they’re a lot more respondent than the regular bikes, I noticed).

Plus, despite largely anecdotal concerns that e-bikes are more dangerous than regular bikes (primarily throttle bikes as opposed to the tamer electric pedal-assist vehicles), Ritz said a lot of people have told him that the e-bikes make them feel safer in traffic. This is mostly because riders are able to accelerate with traffic a little faster, “rather than being overtaken by traffic,” Ritz said.

At the end of the two-month pilot, the city will analyze the bikes’ safety as well as ease of use, battery power, durability and popularity, and any potential glitches. Then, they’ll decide whether or not to keep the bikes and expand the fleet. 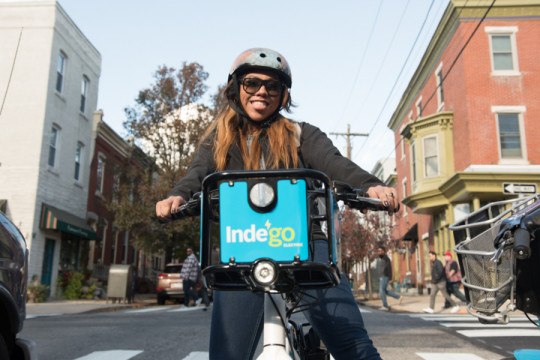 Brenda Hernandez on an e-bike. | Photo courtesy of Indego

Brenda Hernandez, community engagement and partnership coordinator with the Bicycle Coalition of Philadelphia, wants the e-bikes to stay — and to remain affordable.

“When it comes to elderly people who really want to ride but can’t pedal quickly, these e-bikes are good for them,” Hernandez added. “They really benefit people who need some extra accessibility help.”

I took a GoPro on my test-ride. Below, you’ll find footage of my journey with Hernandez, Ritz and Graham from Thomas Paine Plaza to 29th and Diamond street (which was lovely). The first video shows how quickly I pass other bicyclists when I use turbo mode while traveling up a steep hill.

And you know what? I felt safe — and relaxed — the entire way. The e-bike barely felt different than a regular old bike — if my regular bike allowed me to coast uphill, that is.