Police say devices allegedly deployed by David Surman Jr., who in June was charged in connection with a series of more than 30 explosions in the area, may have yet to detonate. 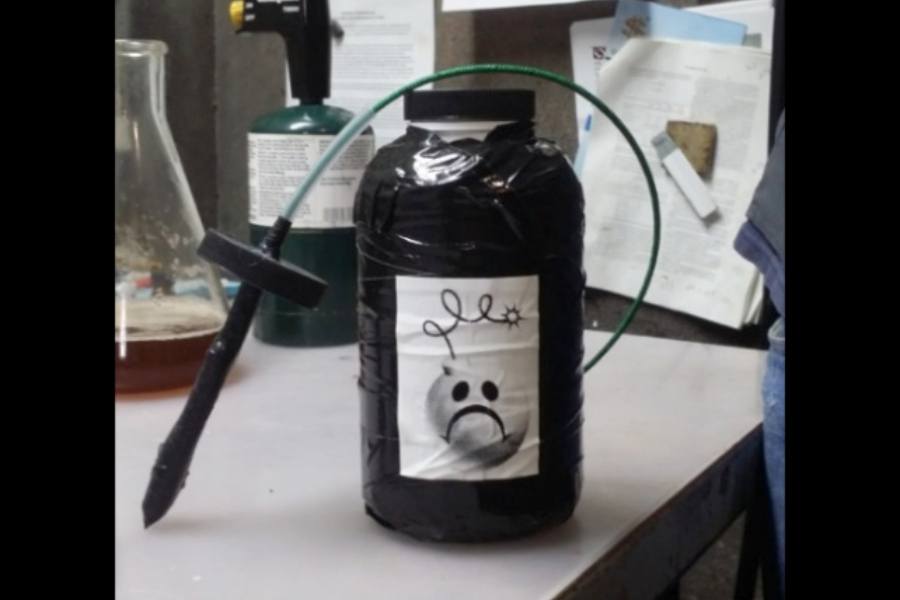 A device seized from the home of David Surman and Tina May Smith, according to police. | Image via the Bucks County District Attorney’s Office

Back in June, police arrested 30-year-old David Surman Jr. in connection with a series of mysterious explosions in Bucks County.

Surman, the owner of a Quakertown-based chemical company, is facing four felony counts of unlawful possession or manufacture of a weapon of mass destruction, among other crimes. In the home where he lived with his girlfriend, Tina May Smith, who was also charged in the case, investigators said they found 10 firearms, methamphetamine, and four explosive devices — including one that was 18 inches long and “ready to detonate.”

Now, the Bucks County District Attorney’s Office is warning that some “unexploded devices” allegedly deployed in the area by Surman and Smith may have failed to explode. They say the devices could still be capable of detonating.

“As always, our number one priority is to make sure everyone in Bucks County is safe, and we are sharing this information with that priority in mind,” Weintraub said. “This is more an FYI than an SOS.”

Pennsylvania State Police, as well as the FBI and the federal Bureau of Alcohol, Tobacco, Firearms and Explosives, are working to find any unexploded devices in the area. Residents are encouraged to call 911 if they see something suspicious — and not to investigate it on their own.

So far, the probe has concentrated most heavily in the greater Quakertown area, including Milford Township, as well as near Ottsville and Upper Black Eddy, authorities said. 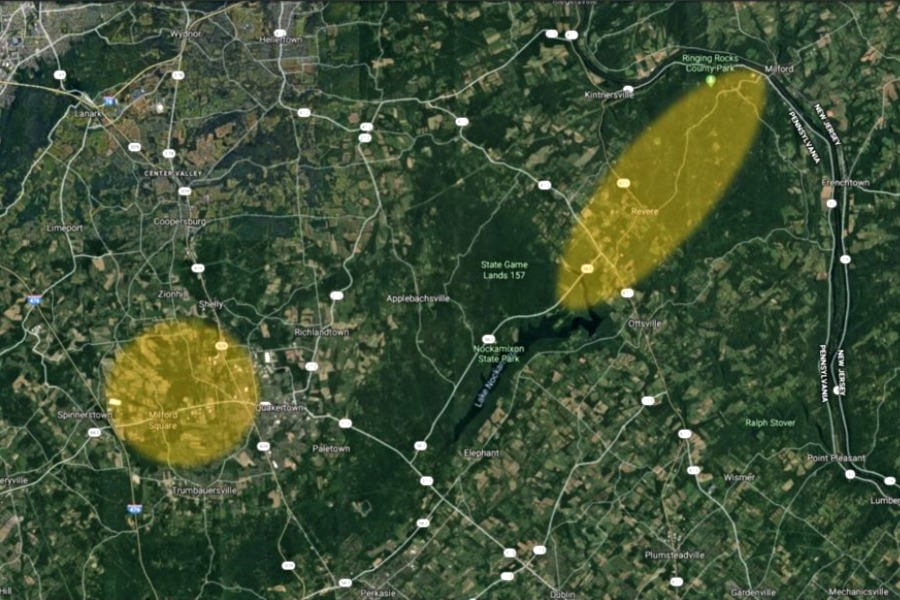 There have been no reports of explosions related to the investigation since Surman’s arrest on June 28th.

Surman and Smith, 31, each face criminal charges stemming from the investigation, during which authorities received about 30 reports of explosions between early April to late June. Many of the explosions occurred within a few miles of the couple’s home, located in the 2400 block of North Old Bethlehem Pike.

In June, police said they also discovered a binder with images of swastikas, a fake press release about a bombing, and a strange computer-generated image depicting Surman and Smith fleeing a massive explosion at the couple’s home.