And Now, There’s a Petition to Replace the Frank Rizzo Mural With Gritty

We could actually see this idea picking up steam. 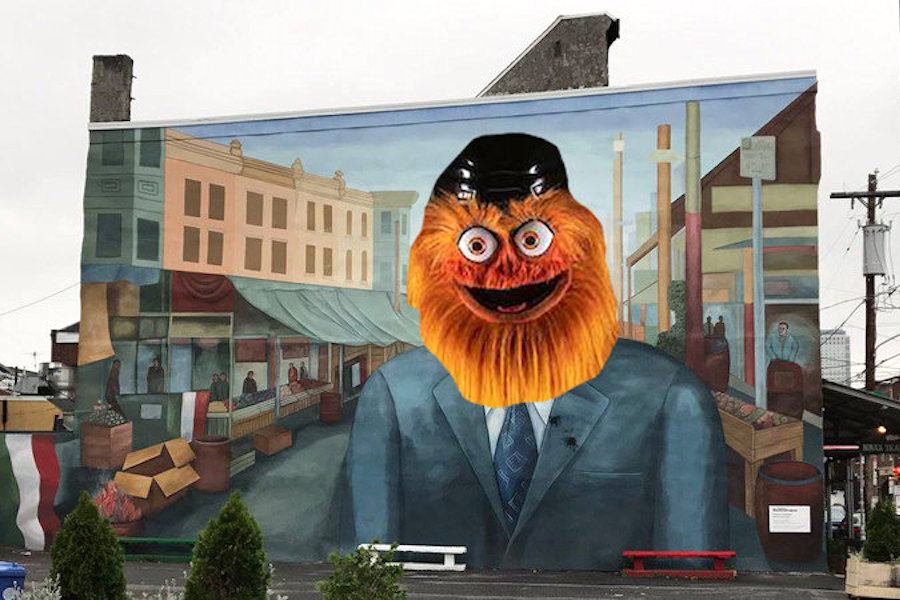 Should we replace the Frank Rizzo mural in South Philly with a Gritty mural? (Image via Change.org)

We promise that one day, probably in the not-too-distant future, we will publish our final article about Gritty, the Flyers mascot who went from a complete unknown to a Tonight Show guest and social media master, with over 100,000 new Twitter followers in one week. But today is not that day. No, because we cannot possibly ignore a Change.org petition to replace the controversial Frank Rizzo mural in South Philly with Gritty.

Now, we here at Philly Mag headquarters see a ton of Change.org petitions. Some of them are pretty stupid. Most of them fizzle out rather quickly. But a Change.org petition to replace Frank Rizzo with Gritty? Well, we can really see this one catching on.

“The presence of this mural… not only reminds us of Rizzo’s brutal legacy… it also highlights the deep disconnect between the city we want and the unfortunate reality of the city that many of us have had,” reads the petition. “Even Philadelphia’s wonderful Mural Arts program is currently seeking input from citizens to help decide the fate of the Rizzo mural… Enter Gritty.”

“[T]he city has fallen in love with Gritty and his goofy, slightly manic persona. Wild, ecstatic and a little rough around the edges, Gritty embodies the fighting spirit of our city and the joyous hope for its future. This is why we propose that the Frank Rizzo mural be replaced with a Mural of Gritty!”

The petition was started on Wednesday morning and by 1 p.m. on Wednesday, there were already more than 450 signatures.

“I just want a dope mural, not a mural of a dope,” commented one signatory.

The goal is 500 signatures, and we’ll bet a Gritty cheesesteak that the petition will hit 1,000 signatures before the day is over.