Say Goodbye to the Electric Factory: The Historic Venue Is Getting a New Name

The concert hall has been sold — and the new owners, Bowery Presents, want you to choose its new title. 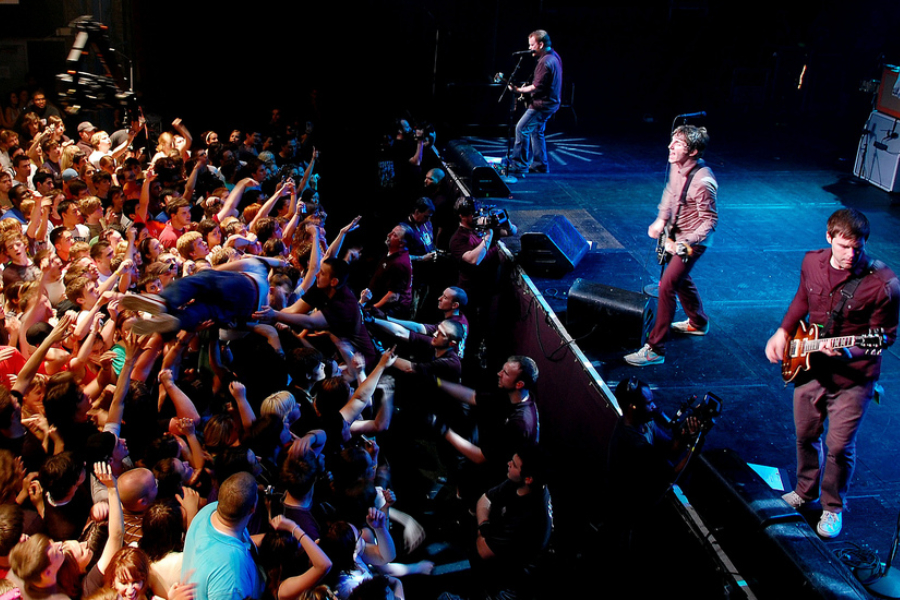 The Electric Factory will soon be a thing of the past.

Or, more accurately, its name will be. The historic concert venue in Callowhill has switched hands from former co-owners Larry Magid and Adam Spivak to the AEG-acquired, New York-based Bowery Presents.

With the title change comes a new identity. According to a press release from Bowery Presents, use of the Electric Factory name was not released by Live Nation. So for now, Bowery Presents will call the venue “North Seventh.” (After its location on North 7th Street, of course.)

The organization isn’t quite satisfied with that label, though, and they want Philadelphians to take a shot at giving the former Electric Factory a new, permanent name.

Between now and September 30th, anyone can submit name suggestions at NorthSeventhPhilly.com. If your suggestion is chosen, you’ll get two free tickets to every show at the venue through 2020.

So, what will you come up with? A name that serves as a tribute to the Electric Factory trademark, perhaps?

After all, the brand is deserving — the Electric Factory has been part of the Philly music scene since 1968, when it opened as a tire-warehouse-turned-club at 22nd and Arch streets. It was called the “Electric Factory and Flea Market” then, and housed acts like The Chambers Brothers, Jimi Hendrix, and The Who. For a while, the club was owned by Spivak and his brother, Jerry Spivak, and Magid helped book shows. But the location closed in 1970.

Since the Electric Factory opened in 1995 in its Callowhill location, near 7th and Willow streets, it has seen performances by Amy Winehouse, Bob Dylan, Lady Gaga, Duran Duran, Jay-Z, Kanye, Adele, Radiohead, and more. The brand has housed more than 2,500 shows since the beginning of its days at 22nd and Arch, Magid said in a statement.

Now, Bowery Presents and the Los Angeles-based AEG Live will take over. As mentioned, and according to Philly.com, they won’t be able to continue the Electric Factory brand because Magid’s former concert promotion firm, Electric Factory Concerts, eventually came under LiveNation (the AEG competitor and manager of the soon-to-be-reborn Met) — and when Magid left Live Nation, he agreed to hand over the Electric Factory name rights to the company if and when he sold the venue.

So we’re left with North Seventh — for now. Got any better ideas? Because apparently people aren’t happy.

The name is arguably the only cool thing about the Electric Factory. Go back to New York, turds https://t.co/Bu2k6NGOEo

the electric factory is ICONIC venue in Philly and you’re telling me THEY NOW HAVE TO CHANGE THE NAME??????

That’s a Philadelphia landmark, you can’t just do that man