The reborn Met will be more than a concert venue. In addition to resuming its role as a church, it will also contain a restaurant and catering facility. 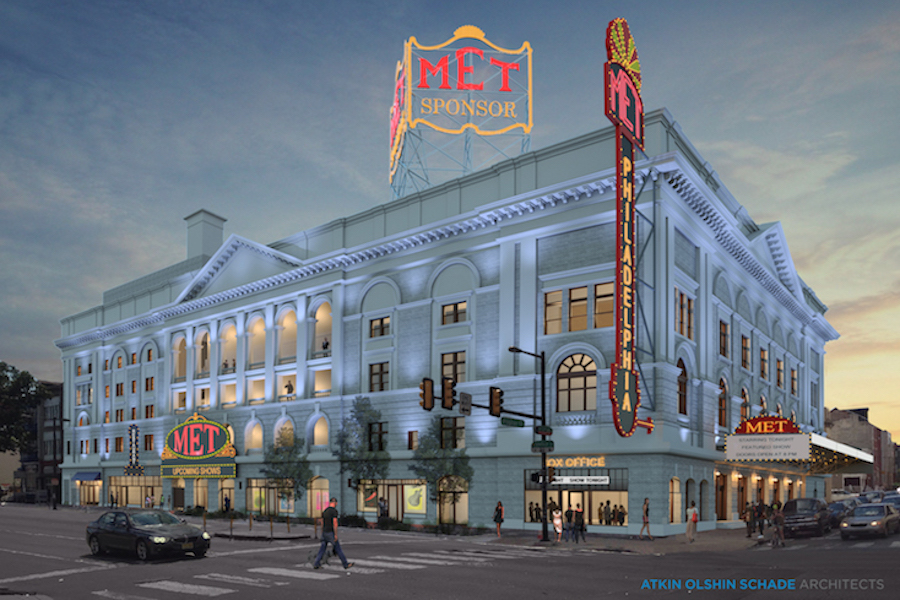 Eric Blumenfeld can now proceed full steam towards reopening a restored Metropolitan Opera House on North Broad Street at the end of the year thanks to $56 million in financing arranged through a combination of sources.

And with that $56 million, Blumenfeld plans to do more than just restore the 1908 structure built by Oscar Hammerstein and make it a first-rate concert venue under Live Nation management.

“We are fully funded and ready to kick some butt on North Broad Street,” he said in a phone conversation.

In the conversation, Blumenfeld laid out a vision of a multipurpose dining, function and entertainment venue that would also be accessible to the surrounding community come December 2018.

“The project has evolved to include a full-time restaurant on Broad Street with banquet and catering facilities,” he said. “We will be able to accommodate 10 separate events holding from 30 to 500 people” at any given time.

The main concert hall would likewise be configured to support a variety of patrons and events. “Usually, seating in a concert hall is pretty straightforward, but this is not,” he said. “We will have the opportunity to offer lower-priced tickets for a great experience or higher-priced ones for a completely different experience — everything from seats in a concert hall to a bacchanalia in a box.

“Live Nation sees this as a unique facility,” he continued. “It’s the most unique concert facility of its type anywhere, and it’s exactly what North Broad needed.” 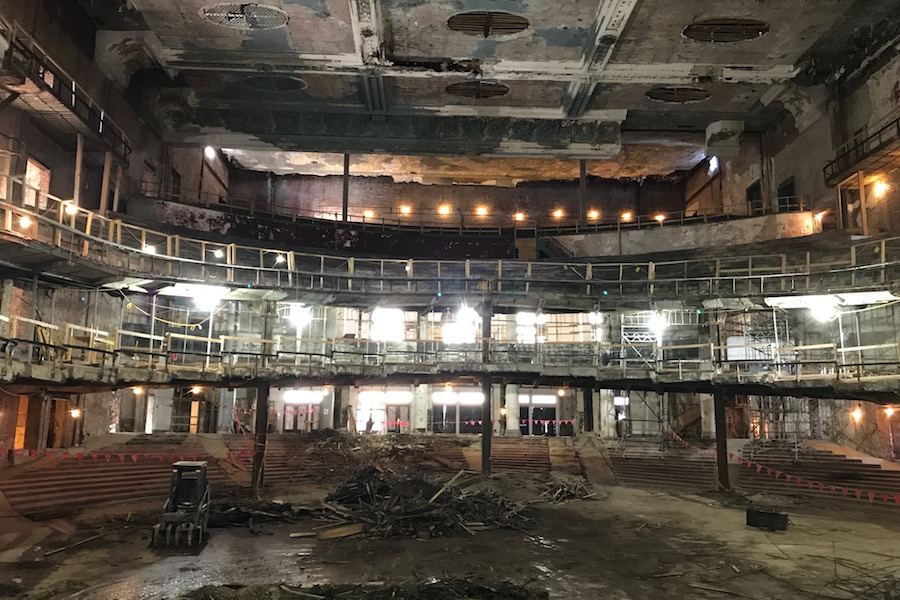 The interior of the Met’s main hall in September 2017, stripped and ready for restoration. | Photo: Sandy Smith

The facility will also once again serve as the home of co-owner Rev. Mark Hatcher’s Holy Ghost Headquarters Revival Center. Hatcher’s congregation bought the building in 1997 to save it from demolition. Hatcher and Blumenfeld entered a partnership in 2012 with the aim of restoring the building to its original glory.

Blumenfeld also said that the facility would be available for community events.

He sees the revived Met as the linchpin of the long-anticipated “North Broad Renaissance.” “The Met adds a whole new component to North Broad that will be a significant draw,” he said.

A financing package of this size is a complex thing with many moving parts. Among the key players in putting this one together:

Blumenfeld said of the target opening date, “December is a sweet month for concerts. And February is going to be about the Eagles because we’re going to be in the Super Bowl next year and several years after. It’s important for me to get this place open in December for those reasons.”