Give yourself the present of the past by renting an apartment in one of these five Grand Jury Award winners at the 2018 Preservation Achievement Awards. (Apologies to Carl Dranoff.) 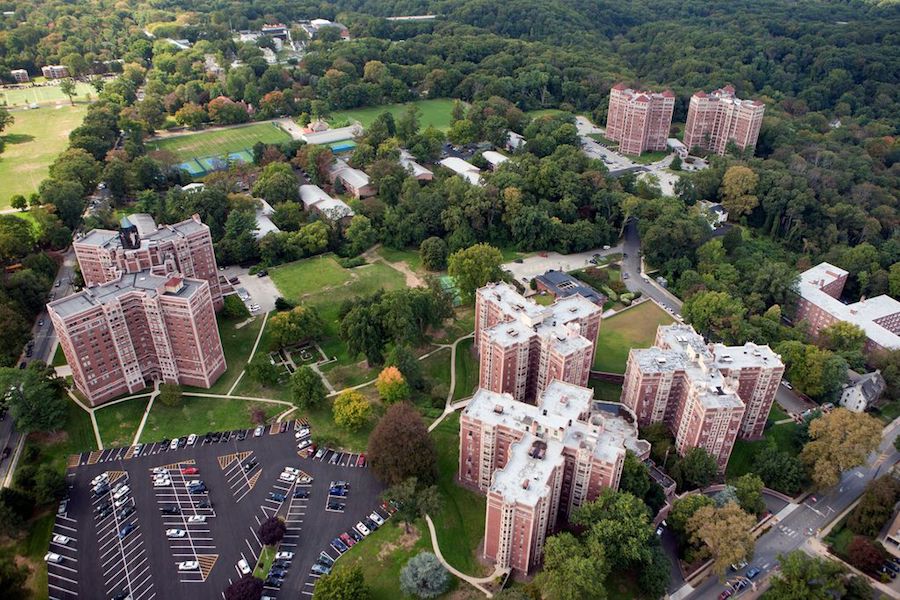 What makes Philadelphia different from, say, Phoenix is its history, and we’re not just talking about Independence Hall. This city has inherited a rich legacy from the manufacturers and builders who shaped it during that “long 19th century” documented in “Finding the Hidden City.”

These five buildings, however, are anything but hidden. Instead, they’ve been transformed from a wide range of pasts into marvelous spaces for modern living. The people who transformed them received acknowledgment for their work last week in the form of Grand Jury Awards from the Preservation Alliance for Greater Philadelphia at its 25th annual Preservation Achievement Awards.

Given all the cookie-cutter buildings going up these days, wouldn’t you like to live in an apartment with real character? If you would, read on.

This most photogenic of all apartment complexes in Philadelphia emerged in stages between 1923 and 1928 on the former estate of department-store founder Justus C. Strawbridge. It had become severely deteriorated when L3C Capital purchased it in 2015 and poured $60 million into restoring the complex’s Tudor Revival splendor. The renovation restored its indoor pool and clubhouse and added a slew of resort-style amenities, including fitness and business centers, tennis courts, outdoor kitchens, walking trails, a dog park and an outdoor pool. Its landscaped grounds feel like an extension of next-door Wissahickon Park, giving residents the opportunity to “live in Wissahickon.” 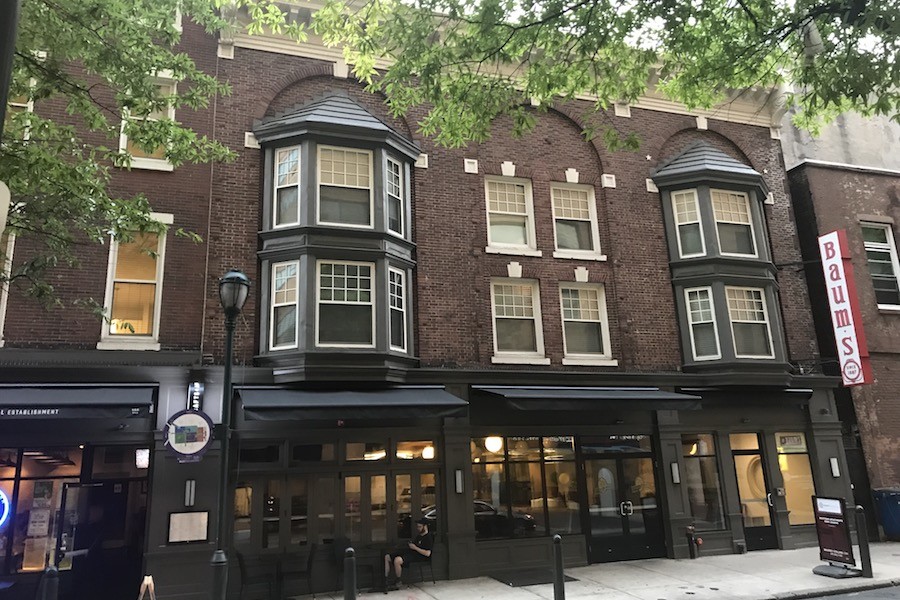 Brickstone Realty purchased the longtime home of Baum’s dancewear shop along with several other buildings around the southwest corner of 11th and Chestnut streets in 2012 and turned the entire collection into a mixed-use residential/retail development. Most of the buildings were razed, but two survived: the former Oppenheimer Collins department store in the 1100 block of Chestnut and this one. Residents of these apartments have access to all of the community amenities at its around-the-corner sister, The Collins, but they also get neat bay windows overlooking 11th Street and an actual patio in one of the units. 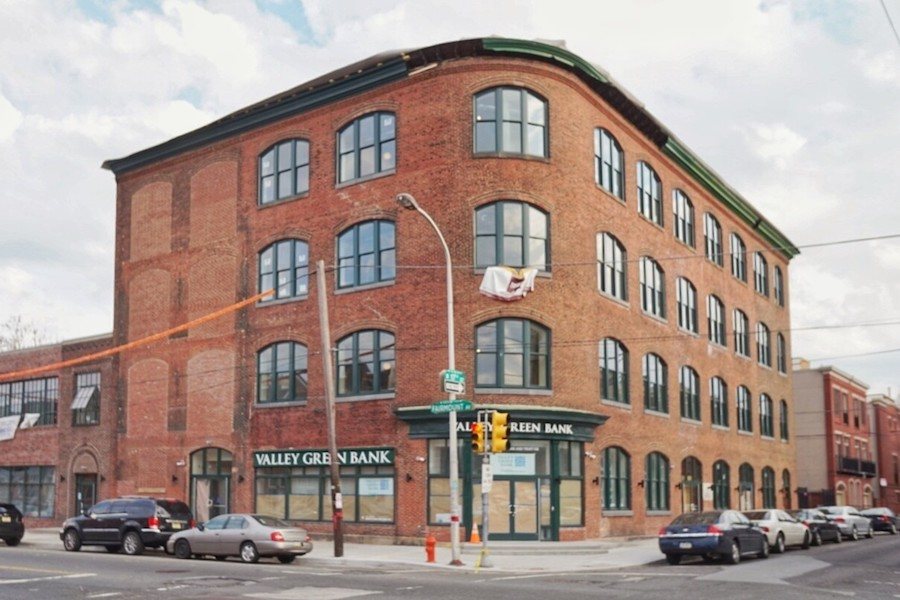 The architectural firm of Baker & Dallett designed this handsome building in 1901 to serve as the headquarters and plant of one of the city’s leading dry cleaners, the A.F. Bornot Brothers Dye Works, founded by French immigrant A.F. Bornot in the 1860s and famed for its “French process” for treating delicate fabrics. Today it and an adjacent building on Melon Street contain 17 loft apartments with high ceilings and large windows that let the sun stream in. Amenities include a round-the-clock fitness center, a hot yoga studio, and Jacuzzi tubs in the bathrooms. Shopping and dining options abound along Fairmount Avenue, which runs past the building. 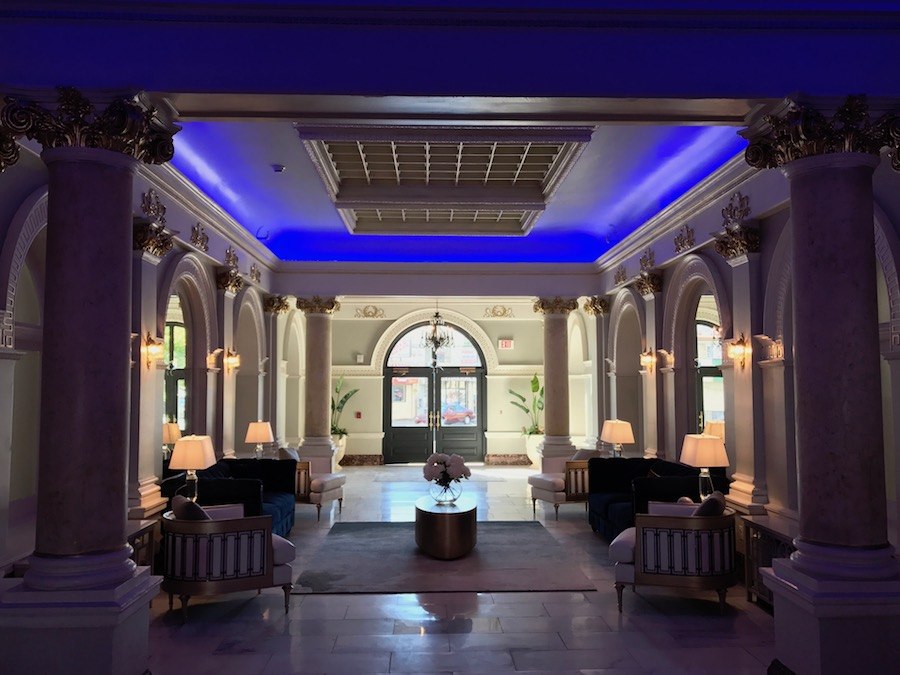 Eric Blumenfeld’s restoration of Willis Hale’s 1892 landmark apartment building-turned-hotel back to its original function has to be the historic preservation story of the last five years. Not only will you be living in a historic landmark by living here, you will be living in history, as this was the jewel in the crown of Father Divine’s Peace Mission Movement, a religious cult that doubled as a civil-rights pioneer (the Divine Lorraine was one of the first integrated hotels in the city) and social-service organization. Hale’s building had all sorts of unusual elements in it, and the new apartments reflect that in their layouts and trim. The building is still in the process of becoming — new restaurants, a speakeasy-style cocktail lounge and a recording studio are among the amenities yet to be completed — but what’s already there (and almost totally leased) is impressive enough. 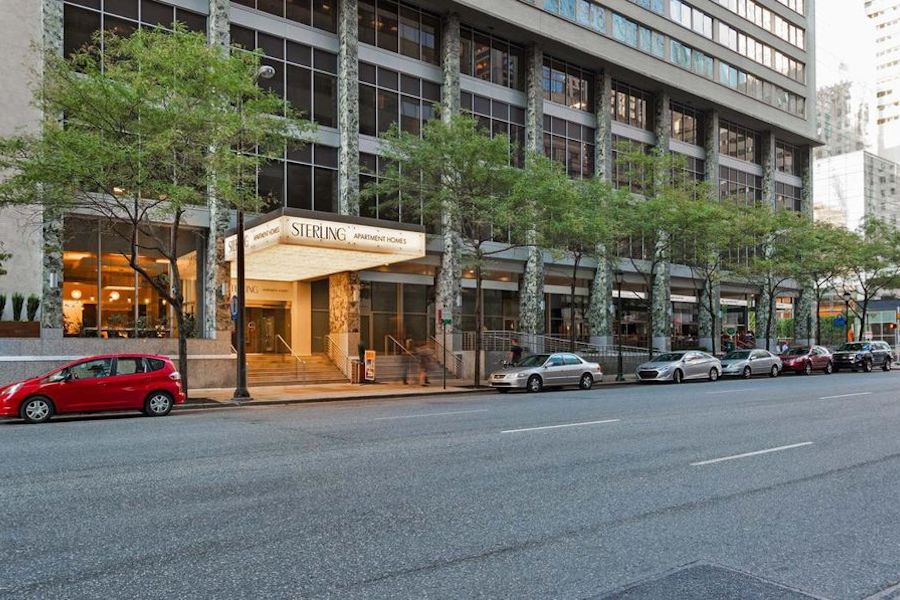 The Sterling Apartment Homes, Logan Square | Studio and 1-bedroom apartments with 1 bath and 2- and 3-bedroom apartments with 2 baths range in size from 410 to 1,900 square feet; currently available units rent for $1,499 to $4,514 per month. Pets welcome, up to two per unit; breed restrictions, nonrefundable fee and additional monthly rent per pet apply.

Not every historic preservation project hereabouts saves that long 19th century anymore. The city’s stock of modernist buildings has reached the age where the pioneers are also in danger of demolition and in need of restoration. Samuel Oshiver, the architect Hidden City Daily called “The High Priest of the High Rise,” built a passel of noteworthy high-rise mini-cities here in the late 1950s and early 1960s; The Philadelphian, across from the Philadelphia Museum of Art, is the biggest, but this one is the most centrally located — and it’s also the one that’s in the best condition thanks to the top-to-bottom makeover AIMCO, which bought it in 1994, began in 2012. That makeover gave it a full suite of luxury amenities, none of them more breathtaking than its reimagined roof deck (which we called your attention to in a Rental Roundup just before Memorial Day).

The management firm offers one month’s free rent to tenants who move in by June 17th.

A sixth project, the Maple Mount Vernon Apartments in Spring Garden, also received a Grand Jury Award from the Preservation Alliance. Now known as The Willows at Mount Vernon, this restored row of 19th-century townhouses-turned-apartment buildings is an income-restricted affordable housing development rebuilt and managed by Ingerman.