And they still won the freaking Super Bowl. 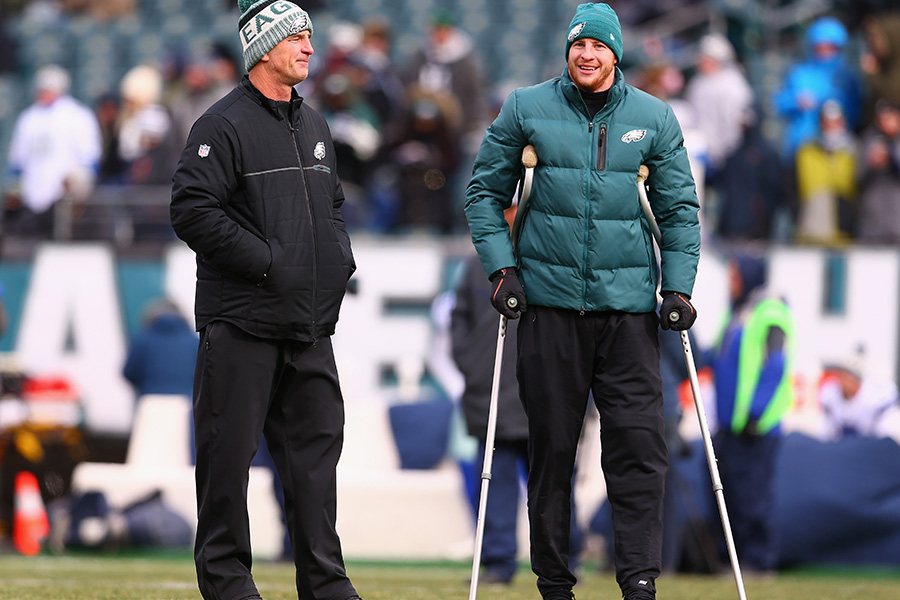 Yes, yes, we know: Every NFL team is a troupe of walking wounded by the end of a season. But it sure felt like no other team lost more key contributors to the injury bug than our 2017 Eagles, the first number one seed since the NFL/AFL merger in 1970 to enter the divisional round of the playoffs as an underdog.

Replacement: Jake Elliott, a guy cut by the Bengals.

Donnel Pumphrey, the running back the Birds selected to eventually replace Darren Sproles, tears a hamstring in practice.

Darren Sproles tears his ACL and breaks his right forearm on the same devastating play.

MVP favorite and sainthood candidate Carson Wentz tears his ACL and LCL, sending the region into an existential spiral.