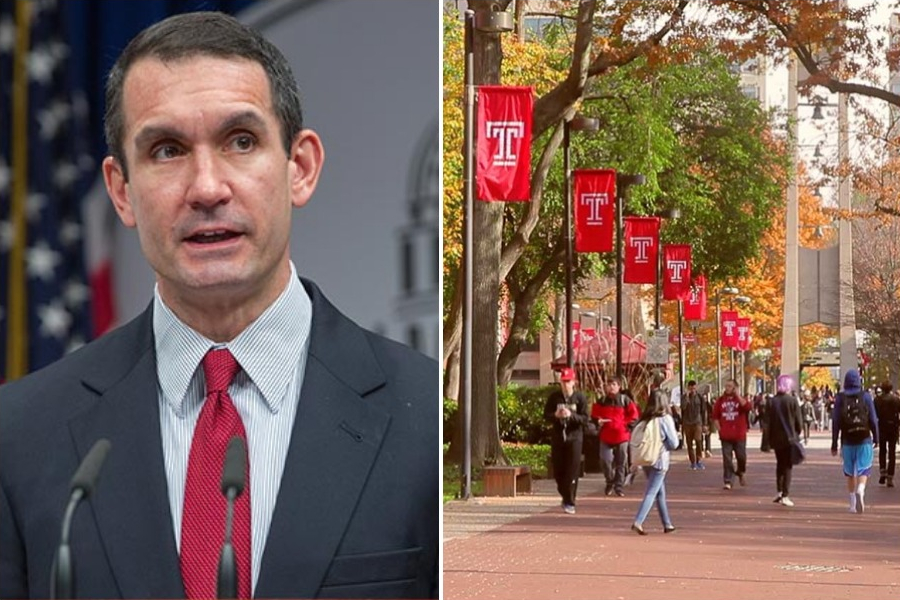 DePasquale’s probe will examine Temple’s tuition rates, capital improvements (including campus renovations), background clearances for employees or others who interact with students, and the effectiveness of the university’s sexual harassment prevention policy.

“College affordability has always been a concern for middle-class families,” DePasquale said in a statement on Thursday. “If a university — especially a state-related university — is not properly using state money then current and future students are forced to pay higher tuition or forgo a college education altogether.”

The audit will begin with records dating back to July 2016. It will also focus on Temple’s accuracy in reporting its academic statistics — a subject that has brought recent criticism to the university.

The U.S. Department of Education is also investigating Temple after the school was found to have provided false information to U.S. News to gain a number-one ranking for its online MBA program over the past few years. That probe was announced in July, shortly after Temple ousted the former longtime dean of its business school, Moshe Porat, in connection to the issue.

If the Department of Education finds that Temple misled students by giving U.S. News false information, some students could have their federal loans forgiven under the “borrower defense” provision, which would mean Temple would then be on the hook for those refunds.

Some students have sued the school over the U.S. News scandal. Attorney General Josh Shapiro has also said that he is looking into the matter.

A press release sent out by DePasquale regarding the upcoming audit did not mention the online MBA controversy, only the intent to investigate the school’s accuracy in reporting academic statistics.

Today in Philadelphia I launched a performance audit of Temple University because I want to make sure that middle-class Pennsylvania families can afford to send their kids to college. Watch live: https://t.co/af07dp8Vpq

“I want to make sure that middle-class Pennsylvania families can afford to send their kids to college,” DePasquale said. “Temple, and other state-related universities, receive hundreds of millions of dollars in taxpayer funds each year to help make college affordable.

“This audit will, among other things, examine Temple’s efforts to control costs and hold the line on tuition increases,” he added. “This is an important issue because Pennsylvania students currently have the highest college debt level in the nation.”

This won’t be the first time the state Auditor General’s Office has conducted an audit of the university — the most recent probe was completed in 2011.

DePasquale frequently audits state-related colleges and universities, including Penn State in 2017 and the University of Pittsburgh in 2015. In his Penn State audit, he called tuition growth at the university “outrageous,” noting that it increased 535 percent in 30 years.