“I am not a racist,” insists Memories in Margate owner Jerry Blavat, who says that Ron Boykin was excluded for violating the dress code. “These guys were just troublemakers.” 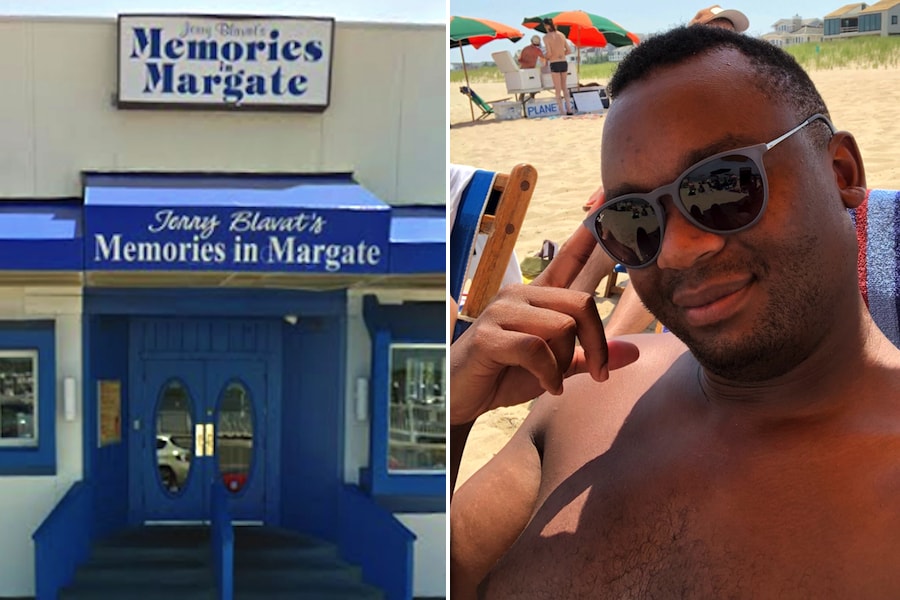 Like many of us, Northern Liberties resident Ron Boykin was at the Jersey Shore last weekend, hanging out with his friends. They decided to stop by Jerry Blavat’s iconic Memories in Margate dance club. But when they got to Memories in Margate, things didn’t go exactly as planned.

Boykin and a group of five white friends approached Memories in Margate just after 11 p.m. on Saturday night. An older white man near the front door began shouting, “Hey, you can’t come in here!” recalls Boykin, 35, and Bill Winneberger, the 66-year-old father of one of Boykin’s friends.

Boykin argued that his shirt wasn’t some dirty old undershirt, but a “club shirt” that lots of guys wear to nightclubs these days. And he said that it was beige, not white. But the man at Memories in Margate wouldn’t relent.

“It was totally embarrassing to all of us,” says Winneberger, a Glenside-based consultant. “There were a lot of people in front of Memories, and everybody was standing around just staring at Ron, who was the only black guy around.”

Boykin says that he told his friends just to forget about going to Memories in Margate. He says it was pretty clear to him that he was being excluded because of his race — not because of his shirt — especially after he says the man at the door wound up letting two white guys in white T-shirts in a few minutes later, as Winneberger corroborates.

The group began to walk away. But then Winneberger turned around and headed back to the door.

“I just couldn’t let it go,” Winneberger tells Philly Mag. “I went up to the guy and I asked him where the dress code is posted, and he told me that it’s not. So he can just make it up as he goes along. Later, I saw some photos from inside Memories on different nights, and I had a very hard time finding any African Americans in there. But I certainly found what looked like white T-shirts.”

Winneberger says that he was really reluctant to chalk this up to race but that he just couldn’t imagine it was anything else.

“He was definitely not let in because he is an African American,” Winneberger alleges. “I thought all this type of behavior was done with ten years ago. But we still got this going on.”

On Monday, Boykin took to the Memories in Margate Facebook page to leave a one-star review. He stated the basic allegations surrounding the incident and then continued.

“It was nasty and I felt mortified,” he wrote. “I will never step foot in that place. And I will be letting every client and every friend who own homes there to never go there. My friend asked where their dress policy was posted. And he said we don’t have it posted. I would have thought for how strict they were to me, they would have it up everywhere. I do not recommend this place.”

Winneberger was quick to chime in on the review thread, showing his support for Boykin.

“Have to say Ron handled the situation as a gentleman, better than I would have,” wrote Winneberger. “I certainly will not go there. It was embarrassing to see someone treated this way in front of everyone. It was awful. Ron deserves at the very least an apology!”

Others on Facebook commented on and shared the review:

“I hate ignorant hateful people and obviously they profile at the door after looking through 101 photos on their FB page,” wrote one person.

“Disgusting!” wrote another. “But apparently girls wearing lingerie like in the photos they post on their FB is appropriate dress? Smells like some real discriminating a**holes.”

But Memories in Margate owner Jerry Blavat says this is all one big misunderstanding.

“I am not a racist,” insists Blavat, who says he was at the club that night but was not informed about the incident until later. “There has never been an act of discrimination at this club in 46 years. About 20 black people with Quincy Harris from The Q were here a couple of weeks ago. And every Saturday night, there is a black woman that comes and dances here.”

Blavat tells Philly Mag that Boykin was, in fact, in violation of the dress code, which Blavat says is very simple: “Proper dress is required.”

“Listen,” says Blavat. “Girls come in wearing beautiful dresses. Men come in looking sharp. This guy had a T-shirt on. These people are making a mountain out of a molehill. Proper. Dress. Is. Required.” (When Philly Mag asked Blavat for more details on the employee in question, Blavat said he didn’t want to get him involved, adding “He’s a good guy who has been with me for years.“)

As for the two white gents who were let in wearing white T-shirts after Boykin was denied entry, Blavat says that they weren’t there to hang out at Memories in Margate. He explains that they were just picking up some balloons from a party earlier that night.

And as for the photos on the Memories in Margate Facebook page that show white guys in white T-shirts inside the club, Blavat tells us that some nights have a less stringent dress code than others.

“But on Saturday nights, you just gotta dress up!” Blavat declares. (Alas, Memories in Margate actually maintains a Facebook photo album called Saturday Nights, and there are plenty of sloppily dressed white men in it, including some in white T-shirts.) “It’s really not that hard to understand. These guys were just troublemakers.”