Authorities say a man seen in surveillance footage “had contact” with Christina Carlin-Kraft on the day she was found strangled to death in her Ardmore apartment. 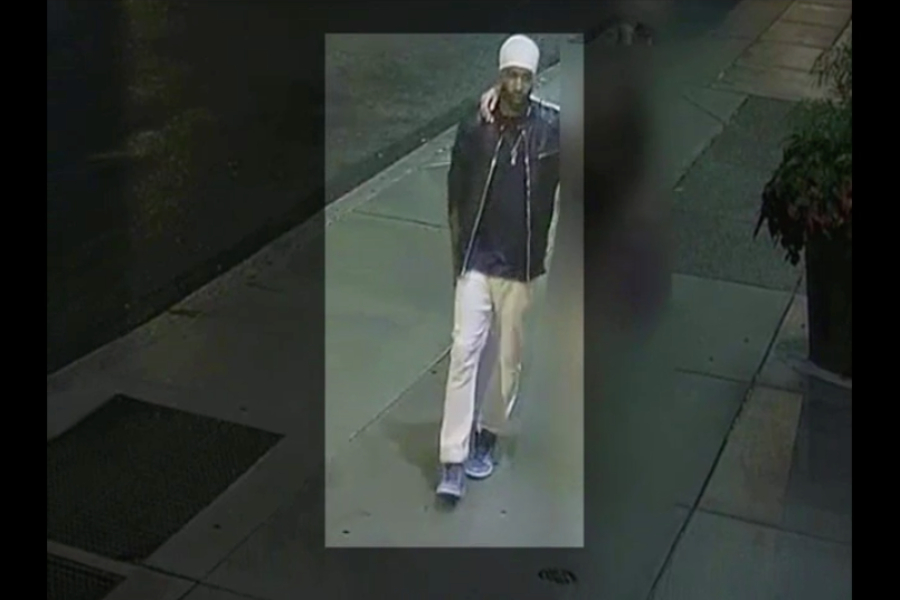 Lower Merion police want to identify a person of interest in the murder of a former Playboy model who was found strangled in her Ardmore apartment last week.

The Montgomery County District Attorney’s Office and Lower Merion Township Police released on Monday surveillance photos and video related to a person of interest in the case.

Authorities say the person seen in surveillance footage “had contact” with the model, Christina Carlin-Kraft, during the “early morning hours” last Wednesday, the same day that her body was found in her apartment in the 100 block of Sibley Avenue.

According to police, the contact between Kraft and the person of interest occurred near South Broad and Locust streets and “the surrounding blocks” in Philadelphia.

Footage shows the man near the SEPTA subway entrance at 15th and Market streets. Police say he also may have used a ride-sharing service from around 13th and Locust streets to Sibley Avenue in Ardmore.

Here’s a slowed-down version of the footage shared by the Montgomery County DA’s Office:

Kraft, a 36-year-old former model for Playboy, Vanity Fair and Victoria’s Secret, was found in her unit on the first floor of the Cambridge Square apartments around 9:15 p.m. this past Wednesday.

Anyone with information about the identity or whereabouts of the man is asked to contact the Lower Merion Police Department at 610-649-1000 or the Montgomery County Detective Bureau at 610-278-3368.