A coalition of seven casinos claims the state’s new “iLottery” games too closely resemble slot machines — and that they shouldn’t be marketed to 18-year-olds. 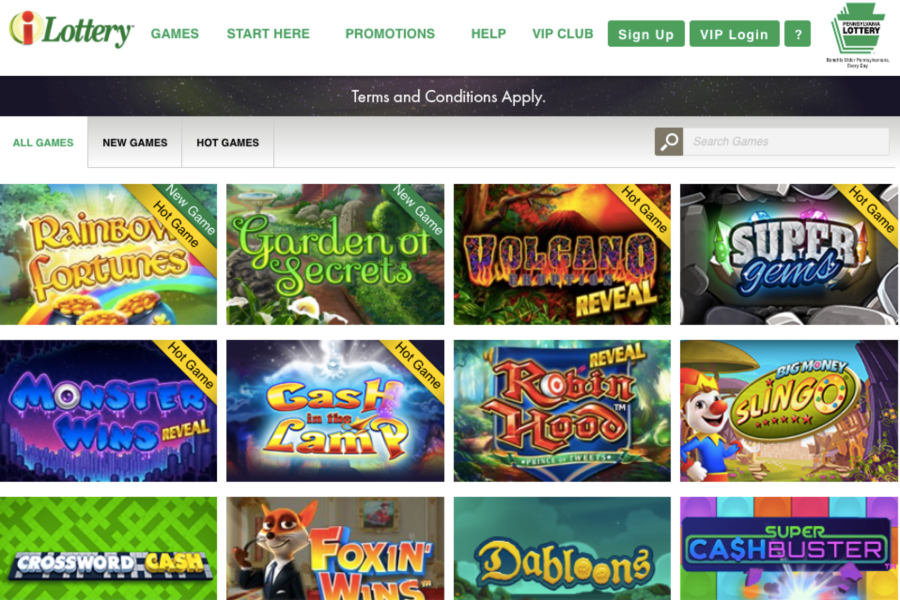 Seven casinos have sued the state Department of Revenue over iLottery, its offering of online games. | Screenshot via the Pennsylvania Lottery

A coalition of seven Pennsylvania casinos has sued the state Department of Revenue over its online gaming system.

In a news release, the casinos blasted what they called “illegal, simulated casino-style online games” offered by the department-run Pennsylvania Lottery, which they note markets the games to residents who are 18 years old. Individuals must be 21 years old to enter the gaming floor of casinos or play slot machines.

“No one under the age of 21 is permitted on the gaming floor of a Pennsylvania casino, but lottery games that mimic the same exact slot machines that casinos offer are currently available online to Pennsylvanians as young as 18,” the release states.

The coalition filed a lawsuit in Commonwealth Court on Wednesday. The casinos are seeking an injunction to stop the state from hosting online games. Defendants include the Pennsylvania Department of Revenue as well its secretary, Daniel Hassell.

The casinos take issue with games that “have the same titles and/or themes as slot machines offered on Pennsylvania casino floors.” That includes, according to a news release, Volcano Eruption Reveal, Robin Hood, Super Gems, Big Foot and Monster Wins.

“The actions of the Pennsylvania Lottery are illegal,” coalition spokesperson David La Torre said in a statement. “To make matters even worse, the agency is promoting casino-style gambling to teenagers. Pennsylvania casinos must follow very stringent regulations on underage gaming or face millions of dollars in fines.”

In a statement, the Department of Revenue defended Act 42 and said it is reviewing the lawsuit.

“It is important to note that Act 42 authorized the Lottery’s new games, which are part of an effort to continue delivering to our customers games that they want and where they want while generating the additional funds to stabilize the Lottery Fund and provide vital services to older Pennsylvanians,” the agency said.