The dollar-store heiress is calling it quits in Brewerytown. 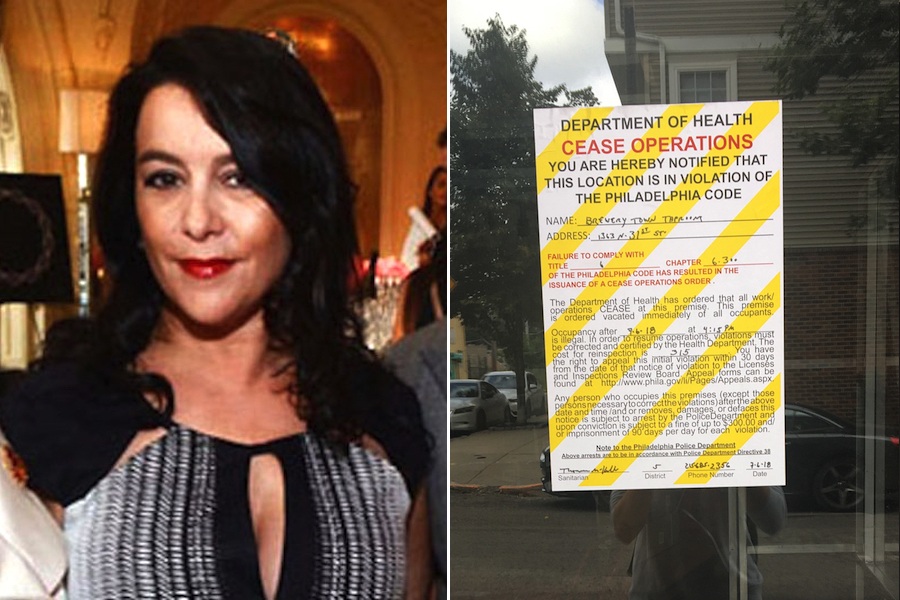 Everybody always says they want to open a restaurant. And that everybody once included dollar-store heiress and Philadelphia socialite Dana Spain. Alas, the whole restaurant thing hasn’t exactly worked out for her.

Less than two years after she put on her restaurateur cap in the Brewerytown section of Philadelphia — where she opened Flying Fish Crafthouse, which then became the Brewerytown Taproom after South Jersey’s Flying Fish brewery yanked its licensing agreement and name from the deal — Spain has closed up shop and is turning her back on the restaurant business.

“I don’t want … to be a restaurant runner, manager or operator,” Spain told the Philadelphia Business Journal in a recent article, going on to explain that there would be a new operator opening a restaurant in the space soon.

Well, the new owner might want to bring along some bleach.

Brewerytown Taproom has been cited by Philadelphia’s Health Department six times in the past several months — three of those instances just since the beginning of July — for an abundance of mouse droppings and other violations that included flies, dead mice, more flies, and more dead mice. The Health Department ordered the restaurant to shut down temporarily to fix the problems, and it has remained closed since a Cease Operations notice was posted on the door on July 6th. (Spain did not offer a comment for this story by deadline.)

Spain originally opened the restaurant in December 2016 with TV chef Brian Duffy on board, but then Duffy jumped ship and so did Flying Fish.

The problems with the Health Department and the brewery and the chef weren’t the only tumult that Spain had to deal with. About a year ago, Spain was sued by a carpenter who claimed that she stiffed him for work he did on the Brewerytown restaurant, and the carpenter just won a judgment against Spain in June. Another suit filed by a contractor against Spain is ongoing.

But don’t feel too bad for Spain: The 48-year-old Germantown Academy grad will make out just fine.

Her father made a ton of money from the smiley face symbol and sold his Dollar Express chain in 2000 for a reported $300 million-plus. Spain used to own Philadelphia Style magazine, and she still has her posh penthouse in Society Hill, which we’re sure she keeps a lot cleaner than her staff apparently kept her restaurant. (To learn more about Spain, you might read this profile of her on the Union League’s One Percenters blog. Yes, that’s really what it’s called.)

As for what Spain will do next, well, that’s anybody’s guess. But it doesn’t sound like she’ll be opening another restaurant any time soon.