"She is, in my opinion, gunning in her vulgar way to be the Leona Helmsley of Philadelphia," says attorney Conor Corcoran. 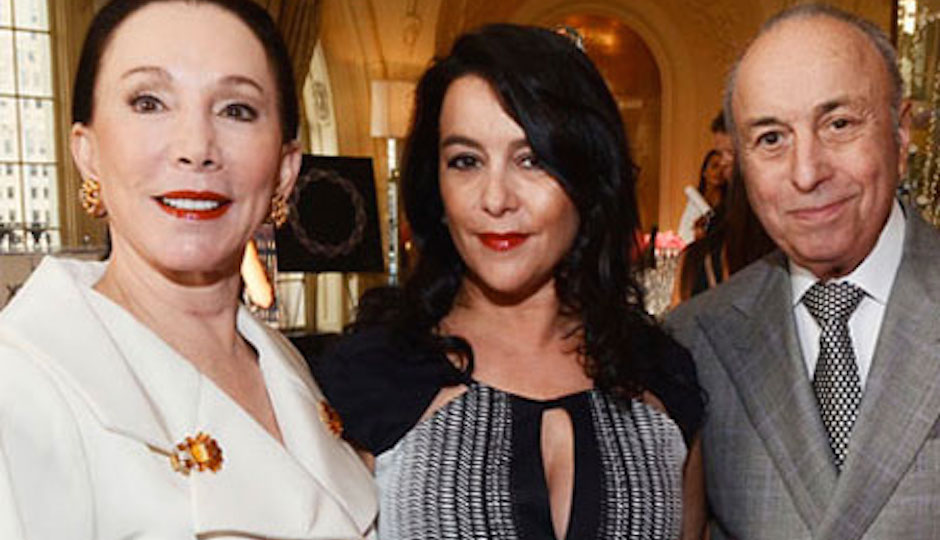 The last we heard from Dana Spain, the glamorous Society Hill socialite was considering a run for mayor of Philadelphia, back when multimillionaire Tom Knox was also thinking about making a play for City Hall. Now, Spain is embroiled in a lawsuit surrounding her Brewerytown restaurant, Flying Fish Crafthouse, the brewpub offshoot of the popular South Jersey beer brand.

Like her father, Bernie Spain, best known for making lots of money off of the smiley face symbol and for selling his Dollar Express chain for more than $300 million in 2000, Dana Spain has had her hands in lots of pots.

She used to own Philadelphia Style magazine. She’s operated her own branding firm. She’s the founder of the Philadelphia Animal Welfare Society. She’s a property developer. She was once a radio host under the moniker “Dangerous Dana.” (For more of a bio on Spain, you might peruse this profile and interview on the One Percenters website, a blog about members of the Union League’s One Percenters Club, which actually exists.)

In short, the 47-year-old Germantown Academy grad is just the kind of person who can’t sit still. And so why not add restaurateur to her résumé, right?

Spain, who owns a $2 million penthouse at 6th and Spruce streets, somehow managed to make it through all of those business deals, contracts and negotiations without ever getting sued in Philadelphia. But that all changed recently thanks to Fishtown-based carpenter John-David Dowling, who goes by Dave.

In September, Spain hired Dowling to do interior work on the restaurant after he came highly recommended from Flying Fish in Cherry Hill, where he had been contracted to make the walls, bar and signage for the company’s tasting room. For the Brewerytown pub, Dowling crafted custom-made tables as well as a bar top and other elements of the bar and dining room. Spain’s team told Dowling to use ever-trendy reclaimed wood, which is what he did.

According to Dowling’s lawsuit, filed in Philadelphia’s Common Pleas Court, the price for the work was $127,500. Conor Corcoran, Dowling’s attorney, says that Spain did pay Dowling a large portion of that amount — somewhere around $100,000 — but that the checks stopped coming after Spain complained about glass rings, blemishes in the bar top, and open pits in the wood once the restaurant opened and the tables and bar were actually in use. But according to Corcoran, Spain’s complaints could all be chalked up to the natural qualities of reclaimed wood, i.e. it ain’t perfect.

“Unfortunately, I think that all of this has occurred just because Dana Spain doesn’t understand what unclaimed wood is,” Corcoran told us. (When reached for comment, Spain, who is vacationing in San Tropez, offered none; her attorney did not respond to multiple requests for comment.)

Dowling continued to try to get final payment from Spain over the Christmas holiday, when his subcontractors were all scrambling for extra cash.

“I am in Paris until after the New Year,” Spain emailed Dowling on December 29th. “As you know, I am not happy with the [work]. Frankly, the overall work is subpar, and is not only not to my explicit design specifications but not to anyone’s expectations considering your exorbitant pricing. Asking for additional money before the client’s concerns are at least addressed takes some nerve… Happy New Year!”

Here is Corcoran’s retort, taken directly from the complaint:

What took a lot of nerve is that Defendant Dana Spain actually wrote that obnoxious email… while she was in Paris, France, for the holidays, vulgarly bragging on Facebook about how much money she was spending at overpriced restaurants, her multiple visits to the Ritz Hotel and Jimmy Choo shoe stores, and her purchases from the Christian Louboutin store, while generally gloating about the strength of her American Express purchasing power…

Corcoran even included screenshots from Spain’s Facebook page, documenting in great detail and with photos her exploits and excesses in Paris while Dowling was trying to get paid.

Once Spain jetted back to the commonwealth, Dowling continued to press her for final payment.

“This has gone on long enough,” he wrote to her in February. “We need a cheque as per contract.”

“How about my contract to have bars that are to my specifications and ones that don’t fall apart with in a month of service,” Spain replied. “You must be out of your fucking mind.”

Corcoran tells Philly Mag that Dowling, an Irish immigrant, is “a great guy, the kind of guy who makes Philadelphia great.”

Not surprisingly, Corcoran doesn’t have quite such a high opinion of Spain.

“She is, in my opinion, gunning in her vulgar way to be the Leona Helmsley of Philadelphia,” he says.