The Spike TV celebrity chef (and Philly native) has now un-Duffified the Brewerytown bar and restaurant. 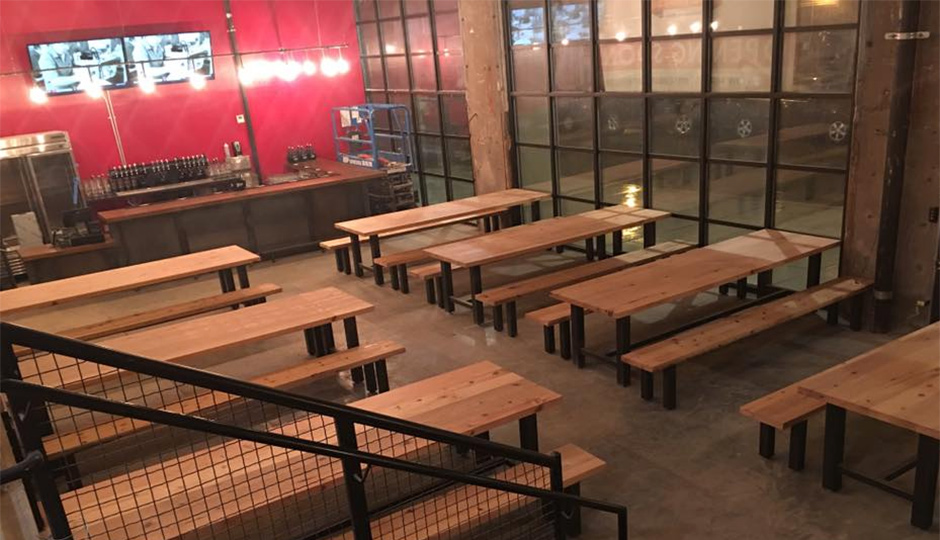 Okay, so one of the weirdest things about the Flying Fish Crafthouse when it opened with Spike TV’s Brian Duffy as a partner? The menu. It was full of things like “Duffified Wings,” “Funky Chicken Roulade” and burgers called “Stufz”.

There was something so goofy and so childish about it right from the start that it was difficult to take seriously and, on paper, looked just a couple steps removed from the Donkey Sauce and sparklers used by Guy Fieri at his Times Square restaurant.

But then, this was a restaurant being opened fully under the branding umbrella of a Spike TV culinary personality. Duffy had done several seasons as the food guy on the network’s show Bar Rescue. And he’d come to Brewerytown in full TV chef mode.

But that’s all over now. While Duffy is still a part-owner of Flying Fish, he’s taken his name and branding off the restaurant and himself out of the kitchen. He left, “not in a dramatic fashion,” he tells us, but just because he and the management weren’t seeing eye to eye. According to Duffy, they just couldn’t find the right help and went through two management teams before he called it quits.

Another factor? Duffy’s busy schedule of travel, restaurant consulting, charity work and Spike TV commitments. He also told us (in a highly non-specific way) that he has removed his name from two other non-Philly properties as well — though he wouldn’t name them.

Flying Fish replaced Duffy with a crew from Chickie’s & Pete’s and are now kinking their menu more in that direction. Simple, down-and-dirty stadium food for a crowd who doesn’t require Cuban sandwiches, seafood salads or their wings “Duffified.”

For his part, Duffy says he and his team are currently working on a new project (though he won’t say what), and that he is looking at another Philly operation — though something on a much smaller scale than the former Acme distribution warehouse-turned-restaurant.