At least 100 women decked out in red cloaks and white bonnets are set to gather outside the Union League building at 5 p.m. on Monday. 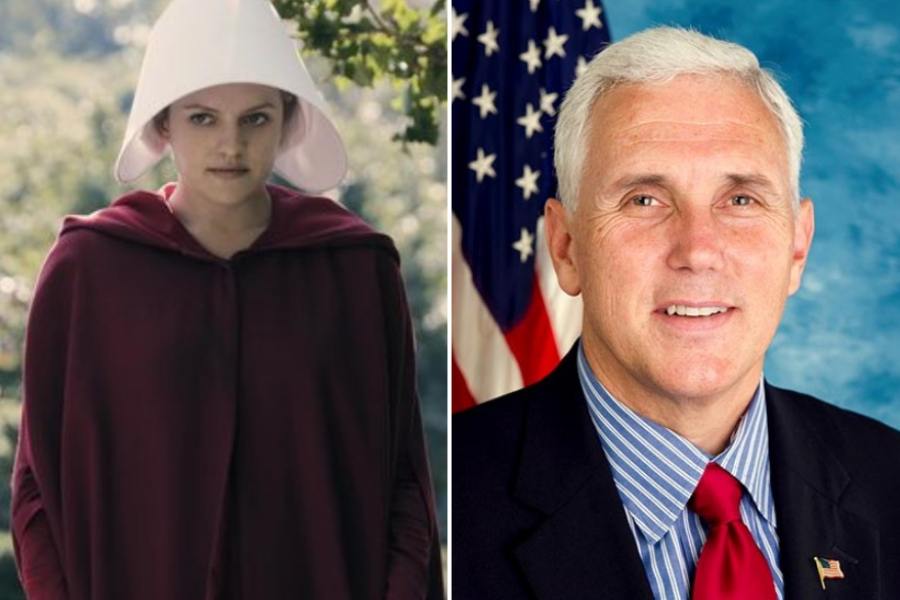 The huge Rittenhouse Square protest against Mike Pence in June apparently wasn’t enough to keep the vice president away — so now, protesters are kicking it up a notch.

Protesters from multiple organizations say they’ll be there. If fact, one group says they’ll come dressed in Handmaid’s Tale–themed garb.

According to a Facebook event page, at least 100 women will dress in Handmaid’s Tale costumes and protest outside the Union League starting at 5 p.m. on Monday. Protest organizers say that dystopian times call for dystopian-themed protests — and channeling the Hulu show based on Margaret Atwood’s best-selling 1985 novel, which revolves around a fundamentalist regime that treats women as property of the state, will help convey their frustration with the current presidential administration.

Right now in the basement of the Last Drop coffeeshop women are picking up their handmaids costumes and volunteering for tomorrow’s protest demanding the fascist Trump/Pence Regime Must Go! 5pm Monday July 23rd outside the Union League where Pence will be speaking.

“Not only is Mike Pence a key figure responsible for the separation of families at the border and all of the ethnic cleansing immigration policies of this regime, but he is also the most theocratic figure to assume the Vice Presidency in living memory,” the Facebook event page reads. “Roe V Wade is on the gallows and Mike Pence is the Hangman with his hand on the lever. These are just two acute manifestations of the Trump/Pence fascist agenda, one that cannot be stopped unless people in our millions get in the streets in growing, sustained protest demanding Trump/Pence Must Go!”

The demonstration is being organized by Refuse Fascism Philly and the Philadelphia chapter of the National Organization for Women, among other groups.

It’s not the only protest set for Pence’s visit on Monday. Organizations like Tuesdays with Toomey, NextGen Pennsylvania, Philly UP, Indivisible Philadelphia and Planned Parenthood are also planning a rally on Monday.

Their demonstration is set to take place outside the Octavius Catto Statue at City Hall. It is scheduled to run from 5 p.m. to 7 p.m. For more information, visit the Facebook event page.