Philly Police: No, There’s No Serial Killer On the Loose

Rumors were sparked by online news site yc.news after three bodies were found in two days in Philadelphia — but a PPD spokesman says there's no evidence that they're connected. 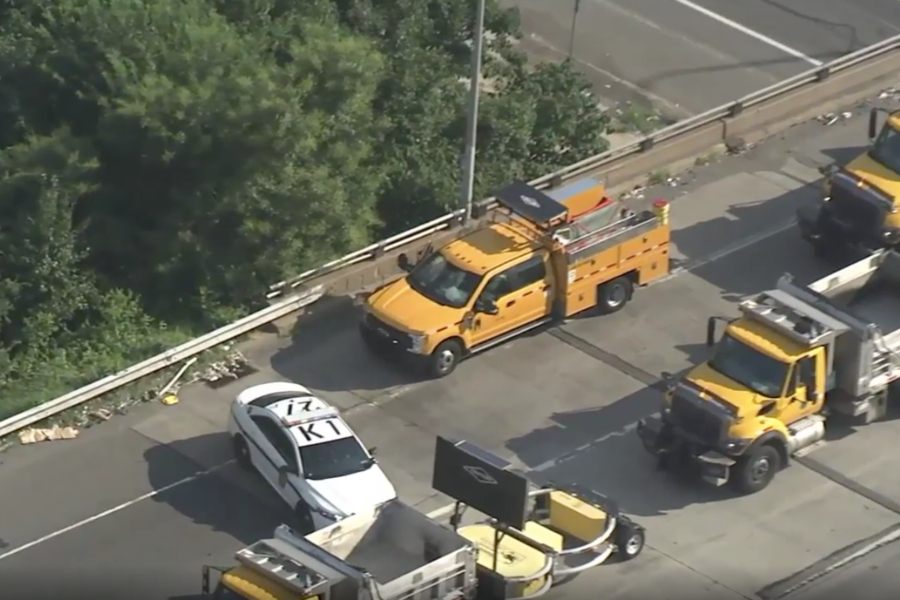 State police discovered a man’s body near an I-95 off-ramp on Wednesday. | Image via 6ABC Action News

As of this morning, three bodies have been found in Philadelphia in two days. The first, which was partially decomposed, was discovered in a suitcase in Southwest Philadelphia on Tuesday afternoon. The second was found wrapped in tarpaulin in a Spring Garden rowhouse on Wednesday morning. And, to make things more concerning, the third was discovered on an I-95 off-ramp to Allegheny Avenue in Port Richmond — also on Wednesday.

A quick Twitter search, and you’ll see that some people think that can only mean one thing:

Ok so how is it that so many ppl have not heard we have a serial killer on the loose in Philadelphia?!???!

If you’re wondering where the rumors are coming from, check online news site yc.news, which published a story on Wednesday citing some “experts” who said the bodies could be the work of a serial killer.

The source, who is reportedly a former federal agent who worked on infamous cases involving serial killers like the Zodiac, told yc.news that “You have three bodies, all of which were left for police to find … When someone commits such a brutal murder, they don’t leave the body in clear sight unless they want to get recognition. Build a name. Get some sick reputation. That’s what people like this live off of. I’d bet my last dollar another body will appear.”

After a third body was discovered early Wednesday on a Philadelphia off-ramp, experts tell https://t.co/SCYTl6YiYU they believe it's the work of a serial killer.  https://t.co/F34QVhTKI0 pic.twitter.com/h4SYiQt7Uq

But — before you panic — a spokesperson for the Philadelphia Police Department says that’s probably not the case. The findings have all been ruled suspicious — but asked whether the three bodies were connected on Friday, the spokesperson laughed and said, “I’m sure you’re seeing the thing on yc.news.”

The PPD spokesperson said there is “no evidence” that the bodies discovered on Tuesday and Wednesday of this week are connected.

“There is no serial killer,” he added.

It appears as though we’re safe for now, Philadelphia. Maybe it’s a little too soon to report that there’s a serial killer in the area.

Soooooo how reputable is https://t.co/4BMfdXnJqP ?? Because I do not feel all warm and fuzzy knowing that there MAY be a serial killer on the loose around my neighborhood.