The grim discovery in a home on the 1900 block of Mount Vernon Street comes just one day after police found human remains in a suitcase in Southwest Philadelphia. 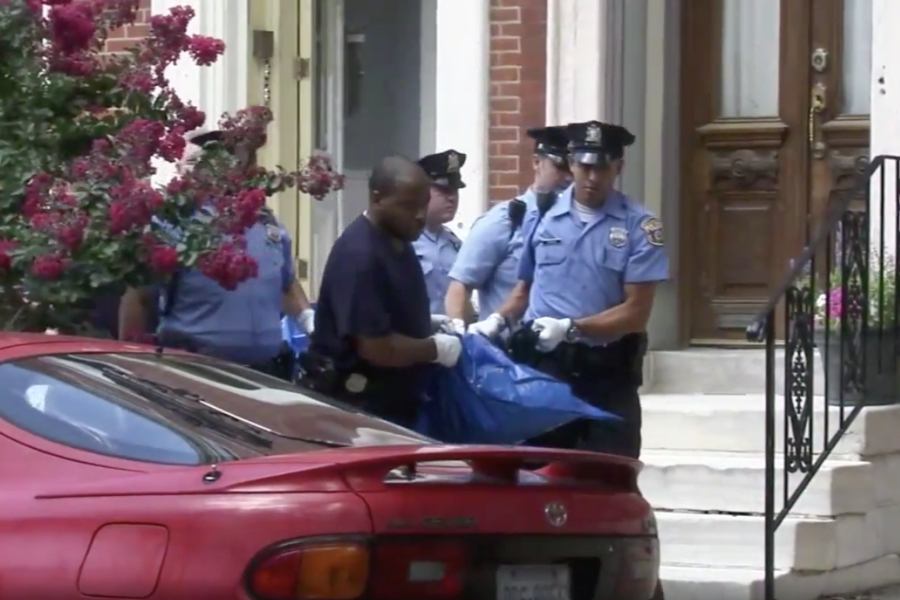 Just one day after police discovered human remains in a suitcase in Southwest Philadelphia, officials say a body was found on Wednesday wrapped in plastic in a Spring Garden rowhouse.

According to police, a building owner on the 1900 block of Mount Vernon Street found the body of a man wrapped in tarpaulin around 9:40 a.m., after neighbors had complained of a foul smell coming from the building.

Capt. John Ryan, commander of the Homicide Unit, said the body was found in a second floor bedroom and appeared to be decomposing. He called the man’s death “suspicious” at a press conference on Wednesday, per 6ABC.

More information, including a cause of death and whether foul play was suspected, was not immediately available. Police are investigating.

Authorities are also investigating human remains found in a suitcase near the historic Bartram’s Garden in Southwest Philadelphia on Tuesday. That discovery was made around 4:15 p.m. in the 2700 block of Ruby Terrace in Bartram Village, a small neighborhood owned by the Philadelphia Housing Authority and located adjacent to the gardens.

The suitcase, which was located near the property’s dumpsters and within feet of neighbors and children, contained the partially decomposed remains of a body that appeared to be a woman’s, according to NBC10. Philadelphia Police Lt. John Walker called the finding on Tuesday a “horrifying discovery.”

Anyone with information in either case is asked to contact the Philadelphia Police Department at 215-686-TIPS (8477).