Water Main Break Had Parts of Center City Under Water

A 48-inch water main broke early Tuesday morning near the intersection of Sansom and Juniper streets. 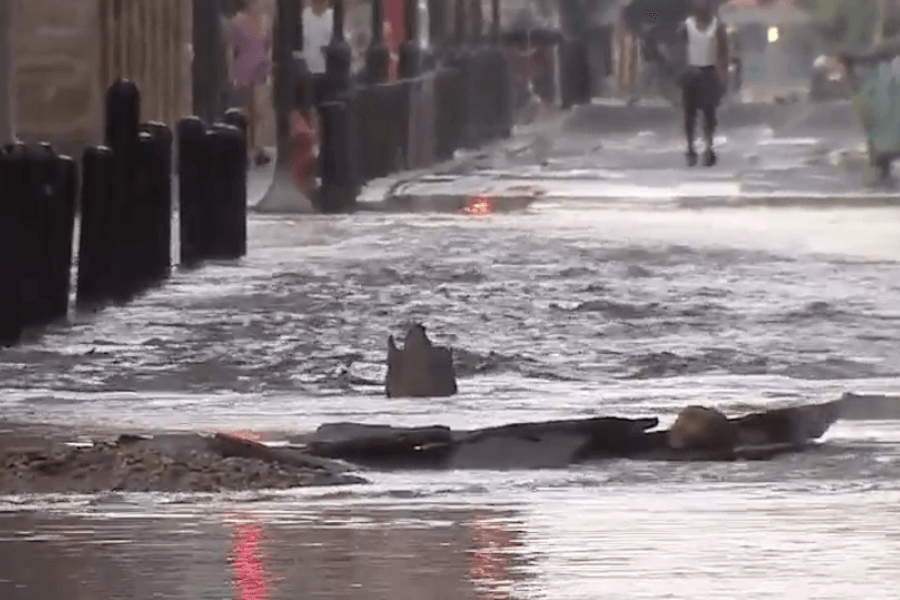 If you live or work anywhere near Sansom and Juniper streets in Philadelphia, you might just want to start your 4th of July vacation early: In the early morning hours on Tuesday, a water main broke near that intersection, and streets are flooded.

According to the Philadelphia Water Department, the water main break was discovered around 4 a.m. on Tuesday, and officials say that it was a 48-inch transmission main that broke.

Reports indicate that the main area affected by the flooding is from Walnut to Sansom streets and Broad to 9th street. Streets are closed and some businesses have reported that water has entered their buildings. PECO has also been called in to address power outages caused by the break in that area.

But the water main break has affected residents outside that flood zone as well. The water department indicates that customers in Center City and South Philadelphia may have low water pressure. In some cases, customers have reported no water pressure at all.

Around 7:40 a.m., the Philadelphia Water Department reported that the water main break has been shut down, so customers should begin to see an improvement in their water pressure.

The main break at Juniper and Sansom has been shut down. Customers in Center City and South Philadelphia should begin to see water pressure restored. Please avoid the area from Locust to Chestnut and Broad to 12th. Updates to follow as available.

The water main break is also affecting some Philadelphia residents in some unexpected ways. With temperatures on the rise, there is currently no air conditioning at the Dockside condominiums on Columbus Boulevard. The air conditioning system is water-cooled, and so the building had to shut it off thanks to water pressure issues, according to Bob Kelly on Fox 29.

Philadelphia Water Department spokesperson John DiGiulio told 6ABC not to expect all the problems created by the water main break to be resolved today. Or tomorrow. Or the next day. In addition to all the flooding, some of the roads have been damaged. A 6ABC reporter found that part of Sansom Street had actually buckled.