In yet another heated tirade, the Republican state representative also said that he blocks “all substantive Democrat legislation sent to my committee.” 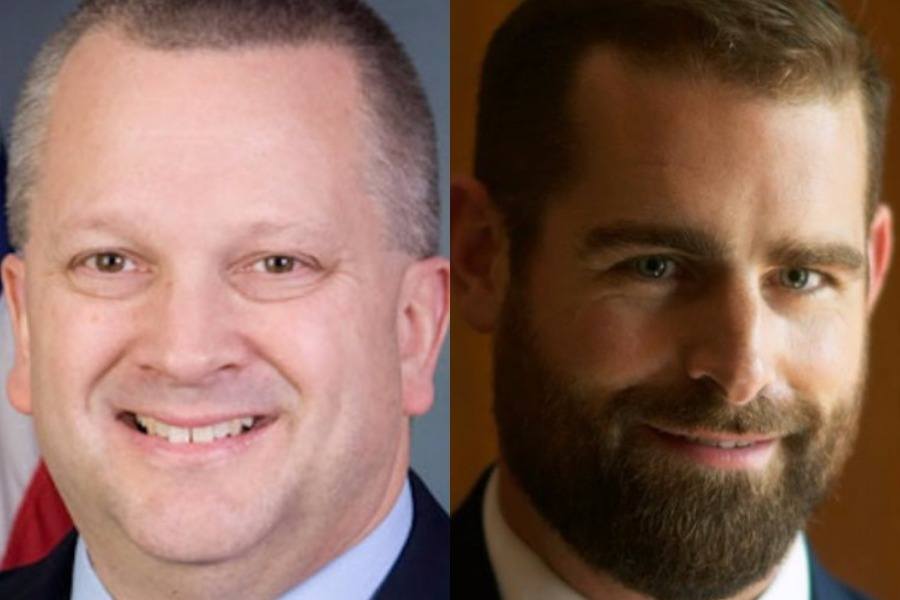 Republican state Rep. Daryl Metcalfe is at it again.

The rep — whose District 12 covers part of Butler County, just north of Pittsburgh — delivered yet another impassioned, insensitive rant on Friday, this time calling Philadelphia state Rep. Brian Sims a “lying homosexual” and stating that he blocks “all substantive Democrat legislation sent to my committee and advance[s] good Republican legislation!”

This is the same politician who publicly proclaimed his heterosexuality last December after a colleague touched his arm during a meeting of the State Government Committee (which Metcalfe chairs). “I’m a heterosexual,” he said during the meeting. “I have a wife. I love my wife.” His comments drew fire from Sims, an openly gay committee member, who said that “the most homophobic, transphobic, racist, sexist, xenophobic member of our government is using legislative time, and tax payer dollars, to interrupt a meeting to announce his sexual orientation.”

This week’s tirade comes after Democratic state Rep. Chris Rabb filed a complaint with the chief clerk’s office against Metcalfe last week, alleging that he felt threatened by comments that Metcalfe made during an argument over a redistricting reform bill.

So Metcalfe started out his rant on Friday by singling out Rabb: “Another lying Philadelphia Liberal Democrat Legislator attacking me this week with the help of the media!” Metcalfe wrote on Facebook. “Another Democrat playing the victim while he is actually the perpetrator!”

Then he just went off the rails:

Metcalfe, who has previously defended white nationalism, questioned the credibility of the Parkland shooting survivors and tried to make English the official language of Pennsylvania, refused to back down on Saturday during an interview with the Associated Press. He told the news organization that he believes that being gay is “immoral behavior.”

Sims responded with a Mean Girls reference and called for Metcalfe to lose his committee chairmanship:

My most infamously bigoted colleague, Rep. Daryl Metcalfe took to his “burn book” to attack my colleagues of color and myself call me a “lying homosexual.” I could use your help as I go up against this type of blatant homophobia and bigotry in the Capital. https://t.co/Oc7iLDN2qt pic.twitter.com/FVC4dBgbuY

“For the record, [Metcalfe is] a racist, sexist, homophobic, transphobic, xenophobic bigot and those of us in Pennsylvania have known this for a long time,” Sims wrote in a longer Facebook post on Saturday. “Please join me and thousands of people across the Commonwealth is demanding that his Chairmanship be pulled because of his overt admission that he refuses to allow Democratic legislation to pass through his committee!”