In a video making the rounds online, Metcalfe announces he's "a heterosexual" who "loves his wife" after a male colleague briefly touches his arm. 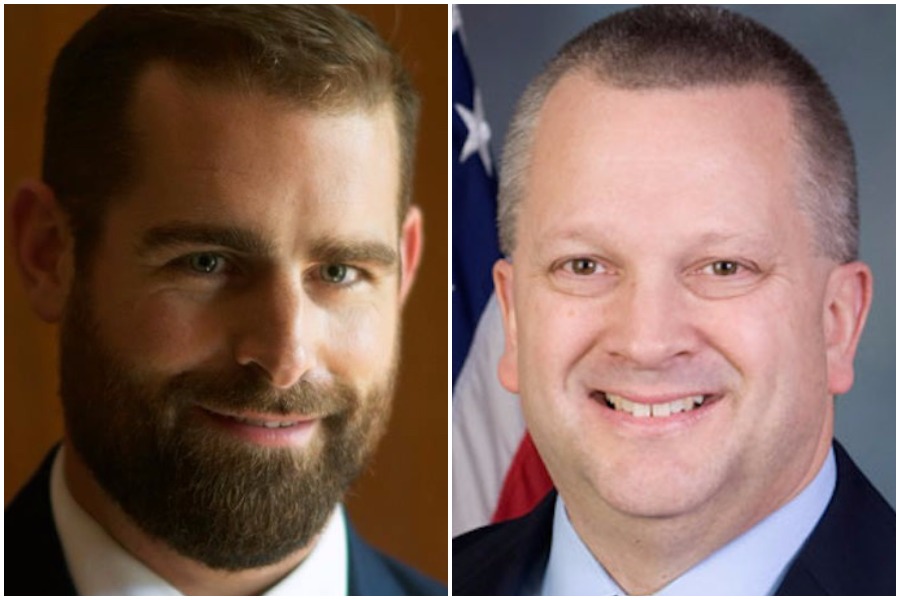 That rant happened during a State Government Committee meeting on Tuesday morning:

As seen in the video, Metcalfe, the same state representative (and God-fearing Christian) who once defended white nationalism and tried to make English the official language of Pennsylvania, feels the need to remind the room that he is “heterosexual” after State Rep. and Democratic committee chairman Matthew Bradford briefly touches his arm.

“Representative Bradford, I’m a heterosexual,” Metcalfe says, interrupting Bradford. “I have a wife. I love my wife. I don’t like men, as you might. But stop touching me all the time. It’s like, keep your hands to yourself. Like if you want to touch somebody, you have people on your side of the aisle that might like it. I don’t.”

“We’re officially off the rails,” Bradford, who also has a wife, responds. “My intent was just to beg for your permission for about 30 seconds.”

The video ends with Bradford suggesting the committee sets up “a sidebar to talk about what I’ll call ‘the extraneous issues’ that have been raised.”

Bradford called Metcalfe’s interruption “very odd” and “problematic” on Tuesday afternoon. “His behavior obviously more than crossed a few lines,” Bradford told Philadelphia magazine by phone. “It tells you something about the status of our politics in America today if [Metcalfe’s words are] somehow acceptable or appropriate.”

Bradford said he reached out to state House Speaker Mike Turzai to “let him know that I found the chairman’s behavior unbecoming.”

“You can’t make this stuff up!” Sims wrote. “The most homophobic, transphobic, racist, sexist, xenophobic member of our government is using legislative time, and tax payer dollars, to interrupt a meeting to announce his sexual orientation.”

Neither Metcalfe nor Sims were immediately available for comment on Tuesday afternoon.

As to be expected,  Twitter user are weighing in on Metcalfe’s rant:

Imagine being so scared of being perceived as gay that you have to derail a public meeting to declare your heterosexuality after he touches your arm in the course of talking https://t.co/15jaFndmCp