Fortune Says These Philadelphians Are Among the World’s Greatest Leaders

They join the ranks of the President of South Korea, the CEO of Apple, and the students leading the uprising after the Parkland school shooting. 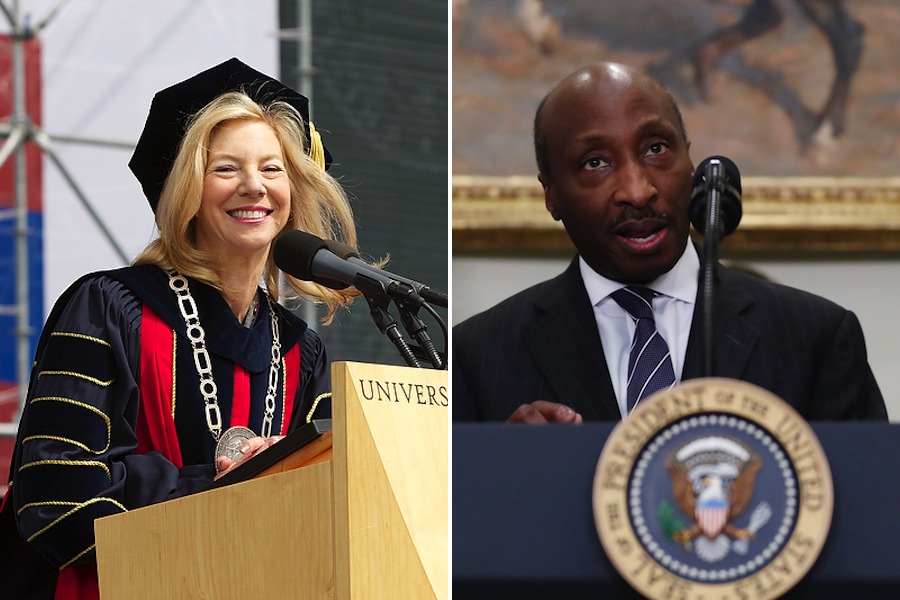 It’s been quite a week for Philadelphians making lists of Very Important People.

On Thursday, we told you about two Philadelphians who landed on Time magazine’s list of the 100 Most Influential People in the world: Penn Medicine cancer fighter Carl June and Merck CEO Kenneth Frazier.

And now, Philadelphians have turned up on a Fortune list.

The magazine has released its list of the World’s Greatest Leaders, and University of Pennsylvania president Amy Gutmann is on it, as is Merck’s Frazier, who managed to get onto both lists.

Here’s part of what Fortune has to say about Gutmann:

A first-generation college-goer herself, Gutmann has steadily increased their ranks on Penn’s campus. When she took office in 2004, 1 in 20 students were first-generation and low-income, today it’s 1 in 8, and she’s also a vocal backer of international students and immigrants on campus.

And here’s Fortune‘s reasoning for including Frazier:

It’s easy to forget that last August, after President Trump’s tepid response to a white nationalist rally that turned violent, outcry from the business community was not immediate. Frazier took a risk by becoming the first of Trump’s advisers to speak out and step down, enabling others to follow suit. His success at Merck only bolsters his credibility: Since he took over in 2011, the pharma giant has made strides in treating several cancers, while its stock beat the S&P 500.

Another familiar face on the Fortune list is activist Tarana Burke, who is included in the writeup of the #MeToo movement, which she founded. Burke is originally from New York but has lived — and done a lot of activism — in Philadelphia. She was also part of Time‘s 2017 Person of the Year cover package.

The Fortune list of 50 also includes the President of South Korea, the CEO of Apple, and the students leading the uprising after the Parkland school shooting.

No, President Trump did not make the list. Actually, the only Washington D.C. official who did is General Joseph Dunford, the Chairman of the Joint Chiefs of Staff. At least, that was still his job as of press time.