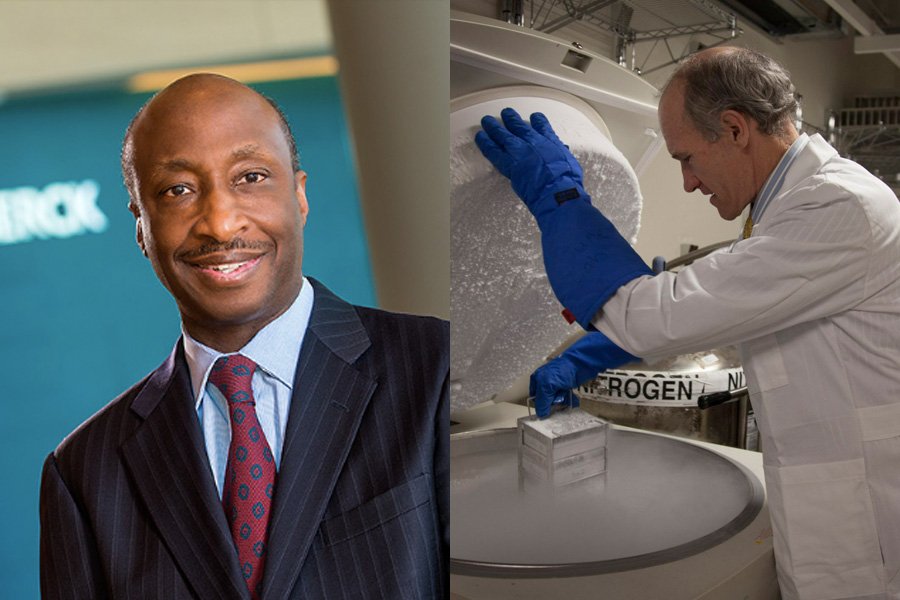 Two Philadelphians have made TIME magazine’s prestigious list of the world’s 100 Most Influential People.

Penn medicine’s Carl June (who earlier made our own list of the 100 Most Influential People in Philadelphia) and Merck CEO Kenneth Frazier are right up there with the likes of global titans such as Oprah Winfrey, Prince Harry, and President Donald Trump, according to Time.

Here’s what civil rights activist and former presidential advisor Vernon Jordan had to say about Frazier, a product of Julia R. Masterman and Northeast High:

In his essay “The Talented Tenth,” W.E.B. Du Bois wrote, “The Negro race, like all races, is going to be saved by its exceptional men.” Kenneth C. Frazier is exactly the type of exceptional African-American leader Du Bois had in mind. His grandfather was born into slavery in the 19th century; his father worked as a janitor in the 20th century; and today, Ken is among the most influential chief executives of the 21st century.

If Ken’s history mirrors that of this country, his career has advanced the march of progress. As a lawyer, he taught black law students in South Africa and freed an innocent man from death row. As a CEO, he has directed Merck to increase its investment in bold, lifesaving treatments. As a leader, he has advised—and stood up to—Presidents, most recently by condemning President Trump’s response to the events in Charlottesville. He has embraced his responsibility, followed his conscience and strengthened his country in the process.

Emily Whitehead, a 12-year-old childhood cancer advocate and survivor, wrote about how Dr. June’s research at Penn was instrumental in saving her life:

I was a fun and energetic child. Then I spent two years in a hospital getting cancer treatment, but it wasn’t working for me. That’s when my parents and I learned about an experimental treatment, called T cell, that would train my immune system to fight my cancer; it hadn’t been tried on a pediatric patient before. My parents believed that this was the right choice for me, and we transferred to the Children’s Hospital of Philadelphia to enter the trial.

After getting the treatment, I went into a 14-day coma and awakened on my seventh birthday. But the treatment had worked! We later learned that Dr. Carl June’s research had created this treatment. Dr. June saved my life and had a huge impact on my family. Without him, I wouldn’t be here today writing this—and my parents and I wouldn’t be helping other kids beat cancer.

Dr. June is my hero! He saved my family.

You can check out the rest of Time’s list here.