CCP mascot Colonial Phil is a reminder of our country’s history of prejudice and oppression, students said in a 2016 petition. 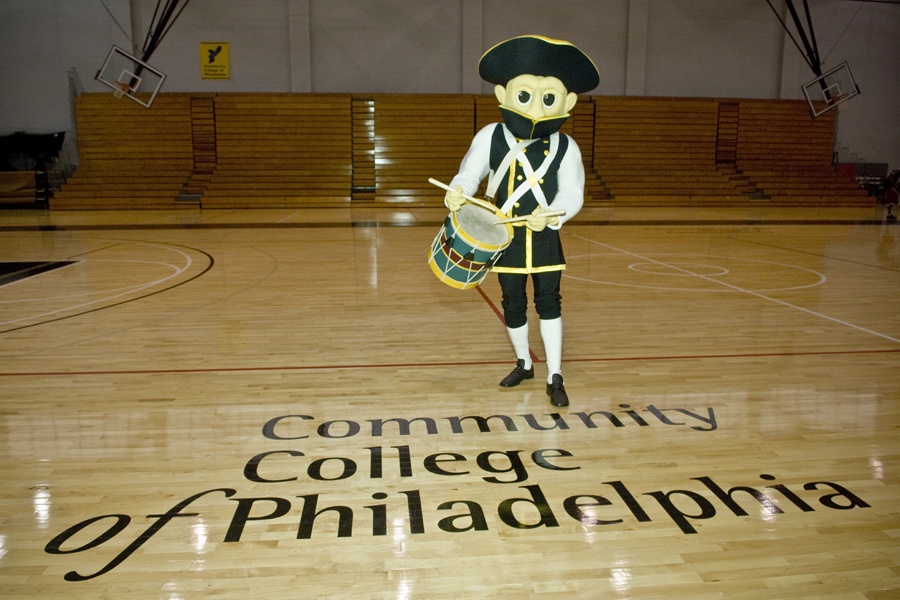 First it was the College of the Holy Cross, which recently axed the Massachusetts school’s familiar “Crusaders” mascot over fear of its less-than-holy connotation. Now, the Community College of Philadelphia has followed suit and will drop its “Colonials” nickname after a student-led petition called it a reminder of our country’s history of prejudice and oppression.

According to the Inquirer, 600 students signed a notice demanding the removal of CCP’s “offensive” nickname and Colonial Phil mascot in 2016. College leadership agreed.

“The term ‘Colonial’ glorified the colonization of the Americas,” David Watters, assistant dean of students, wrote in a memo to constituents justifying the change, “and Colonial America and the Colonials of Philadelphia were almost exclusively Anglo or northern European.”

That didn’t jive with CCP’s diverse student body, 75 percent of whom identify as people of color. “The history that Colonial Phil represents does not best represent CCP, an open-access institution that largely serves Philadelphians who have been historically disadvantaged,” writing and literature professor Brian Goedde says.

It remains unclear what nickname CCP’s athletic program will bear in the future. College officials plan to unveil a new name and mascot before the fall 2018 semester.