With 11 seasons in midnight green, he was Philly’s longest-tenured athlete. 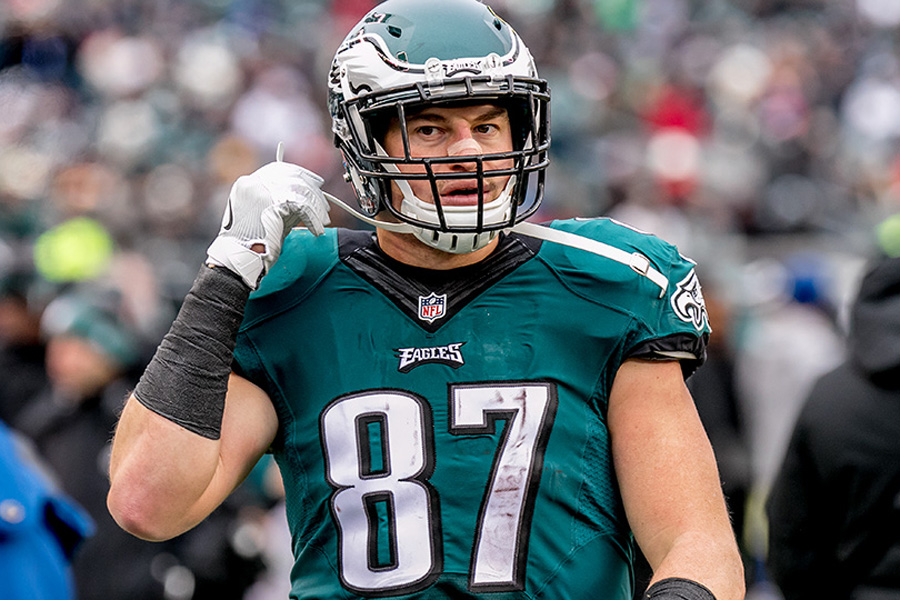 A gritty heart-and-soul-type player, Celek was drafted by former coach Andy Reid out of Cincinnati in 2007 and soon became a fan favorite in Philly. Brent missed only one game in his entire Eagles career and was the city’s longest-tenured athlete prior to his release. He also famously once got in trouble for striking a “Captain Morgan” pose.

Celek’s 4,998 total receiving yards and 31 touchdowns rank second among tight ends in Birds history, behind Eagles Hall of Famer Pete Retzlaff. Despite routinely delivering punishing hits to his opponents, the durable Celek played in 175 games for the Eagles, good for fourth all-time.

The team released the following statement:

“Brent Celek defines what it means to be a Philadelphia Eagle. His dedication to his profession and this organization is unmatched and he will go down as one of the best tight ends in franchise history. Brent embodied the City of Philadelphia’s temperament and character with his toughness and grit. He has been a huge part of everything we have been building over the last decade and it is only fitting that he was able to help us win our first Super Bowl last season. Unfortunately, in this business we are forced to make difficult decisions, especially this time of the year. This one is as tough as they come, but in our eyes, Brent will always be an Eagle.”

Celek has made Philadelphia his permanent home and even was the proprietor of several local restaurants that have since changed hands. Safe to say you’ll be seeing the Super Bowl champ around town if he ultimately decides to retire on top. Here’s what he had to say to the crowd following his glory ride down Broad Street: