We have a lot of questions. 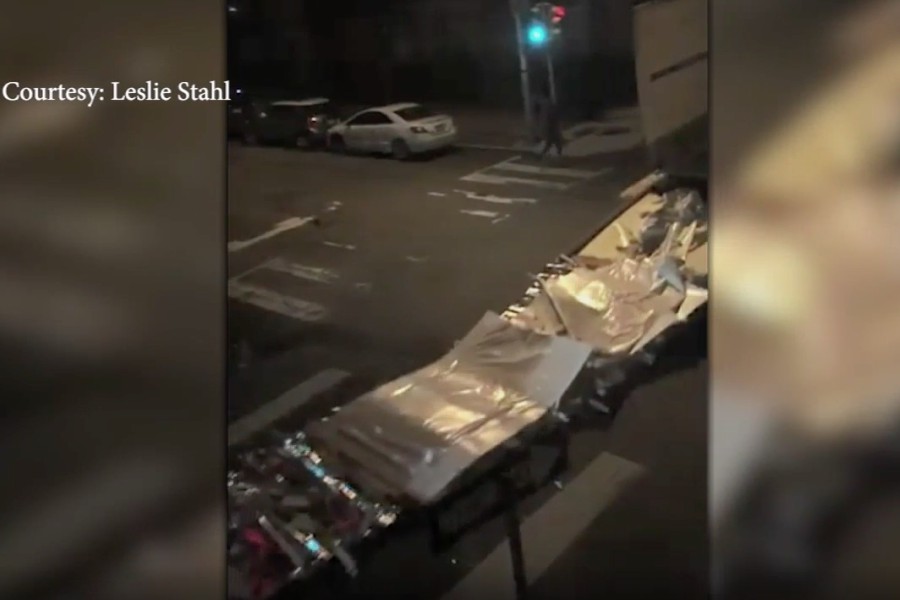 Police say a tractor trailer dragged its mangled metal roof around the city for more than three miles after hitting an overpass on Monday night.

6ABC reports that the incident started around 10 p.m. near 12th and Callowhill streets, where the truck driver smashed into an overpass, peeling back the truck’s 50-foot-long metal roof in the process, then continued driving.

We have a lot of questions. Did the driver not feel or hear the truck hitting the overpass? Or the 50-foot-long, disfigured roof dragging on the street?

Because neighbors sure did. The truck’s strange journey ended at 21st Street and Point Breeze Avenue, where the city’s Truck Enforcement Unit fined the driver.

It’s not clear if the driver was under the influence of drugs or alcohol. No charges have been filed.

6ABC has the footage.

VIDEO: Truck driver has ENTIRE roof of semi peeled off after driving under an overpass. Then travels THREE MILES across Philly intersections, narrow streets with 50ft+ of debris dragging behind. Driver fined, no charges filed. No word on whether he was under the influence @6abc pic.twitter.com/69bZ1joQmm