Philadelphia Is Terrible at Mardi Gras

Based on our food and drinking culture, if anywhere should be christened NOLA North, it’s here. So why can’t we do it right? 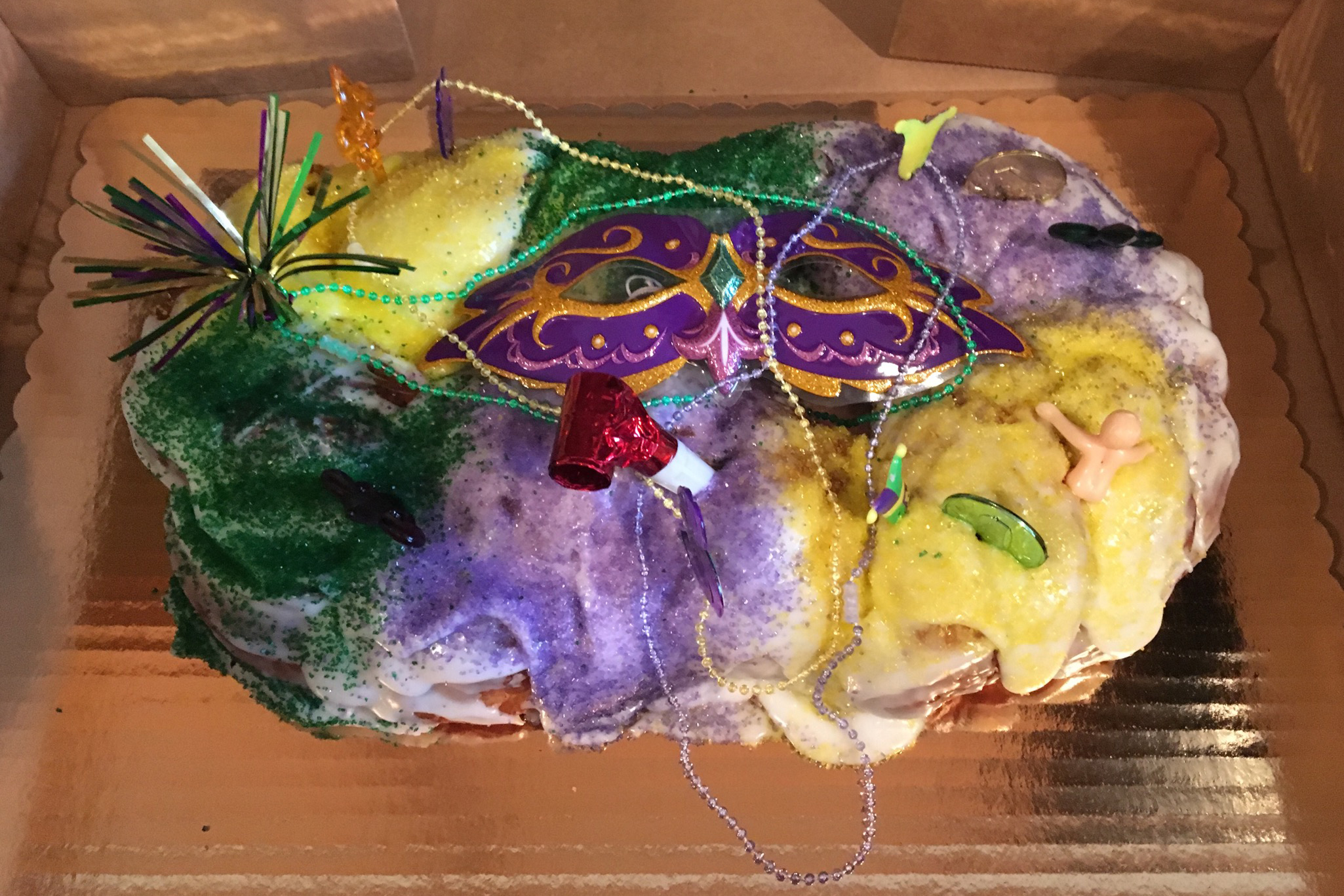 If I told my friends back in Louisiana that the best place to buy King Cake in Philadelphia is Whole Foods, they’d probably … believe me. And then say something derogatory about life in the “big city” with a hint of a Southern drawl.

Unfamiliar with King Cake? That’s not too surprising. We here in Philly don’t do Mardi Gras particularly well, which seems like a real missed opportunity given the obvious parallels to draw between the City of Brotherly Love and the Crescent City: Outsiders think we’re all fat, drunk, and stupid, but we know our gluttony serves a higher purpose.

Deep below the stereotypes exists a real, tangible soul that drives the spirit of each city. We’ve got character. A well-known New Orleans saying is laissez les bon temps rouler, or “let the good times roll.” This ethos is aided by the Big Easy’s many indulgences and lack of open container laws, but you’re kidding yourself if you don’t think those same rules apply in Philly. You just have to know the right people and places. (And for future reference: King Cake is the official pastry of Mardi Gras, and it’s absolutely delicious in all its icy, cinnamon glory.)

The issue with finding a decent King Cake in Philadelphia is the same as getting cheesesteaks in New Orleans. I’ve had and will have a steak anywhere outside these city limits. I don’t find that blasphemous — rather I expect a lesser quality elsewhere and am thrilled when meeting a sandwich that’s remarkably up to snuff. But sometimes you just need a taste of home, even if only a lackluster bite, as I found during my years living well below the Mason-Dixon line.

The same goes for the few restaurants around here that boast a menu of Cajun cuisine. Maybe it’s just the difference in Gulf vs. Jersey Shore shrimp, but you really can’t get a true taste of Louisiana in Philadelphia. (Sure, you can get sloshed like a Bourbon Street tourist at Fat Tuesday on South, but as one Yelp reviewer cautioned, “I wouldn’t recommend going at night.”)

Perhaps this is why we don’t have a real Mardi Gras celebration here. Our appreciation for our culture cousins to the South is simply lost among the populace. But who in Philly doesn’t love a good parade? (Hello Mummers!) And fatty foods? Come on. We’re consistently ranked among the top 10 in those viral “unhealthiest cities” lists, and an incredible drinking city to boot.

In both New Orleans and Philadelphia, drinking to excess isn’t exactly passé. In their merrymaking, the inhabitants of both cities prefer to drink among those closest to them. Out in the street is best, because our shared drinking culture is all about tight-knit neighborhoods and interconnectivity. Boozing in NOLA and Philly is a time to celebrate ourselves and our cities, together.

Mardi Gras should be our type of party. So why exactly isn’t it, again?