There’s No Way Only 700,000 People Attended the Eagles Parade

Maybe the Inquirer and their Brit “experts” were still drunk when they crunched the numbers. 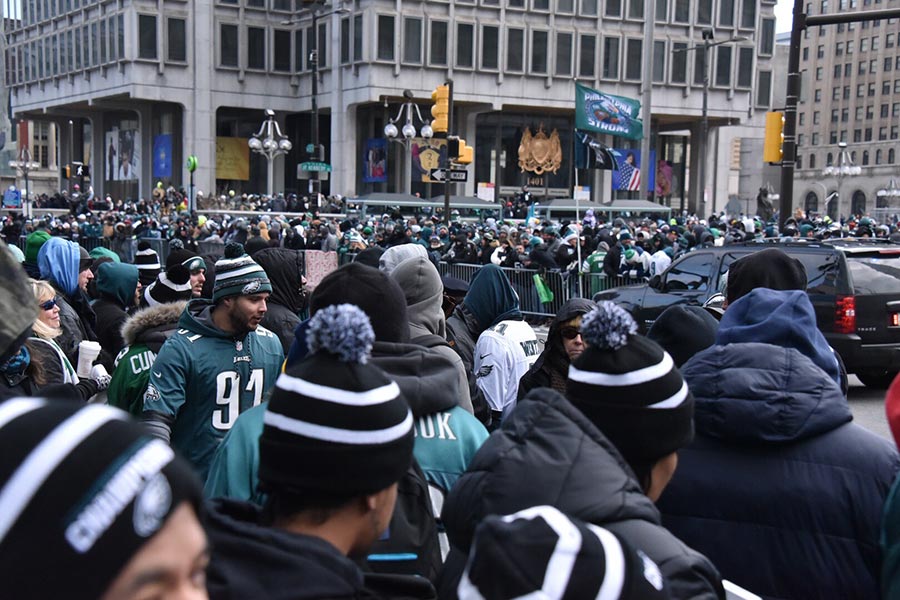 You may have already heard, but a whooole lot of people packed Broad Street and the Parkway on Thursday for the Eagles parade. Given our city’s blistering zeal for the previously Super Bowl-less Birds, this was appropriately billed as the parade to end all parades ahead of Thursday’s festivities.

Roughly 2 million were on hand to celebrate the Flyers in 1974 and the Phillies in 2008, so it wasn’t too outlandish to think upward of 3 million would be out along the parade route for this particular glory ride through the heart of town. However, when it came time to first report the tally, the typically fastidious folks over at the Inquirer really blew it by saying “nearly” (NEARLY!?) 700,000 people were in attendance.

Philadelphia doesn’t give out numbers because the one term @PhillyMayor Kenney is arrogant. It wasn’t his event so he won’t give #eagles credit or their fans. Easily over 3 million and I think over 3.5M https://t.co/7Ap0Qf3Qnx

I’ve been to every Championship parade in Phila and story https://t.co/4I2tPRALVm ran on the #eagles World Championship parade of attendance is a joke. university in England estimated 700K. In words of Jason Kelce..are you friggin kidding me. Biggest I’ve ever seen. 3-4 million

We’re with ya, King, and have no idea what the Inky is smoking. (But whatever it is, we want some!) Maybe their British “experts” were doing a bit of drinking, too, when they made their count. Either way, it’s laughable that the paper would even print such an embarrassing number. All you had to do was poke your head outside to see that it wasn’t true.