Police: Here’s the Guy Who Smashed the Macy’s Window

Ladies and gentlemen, we have another winner. 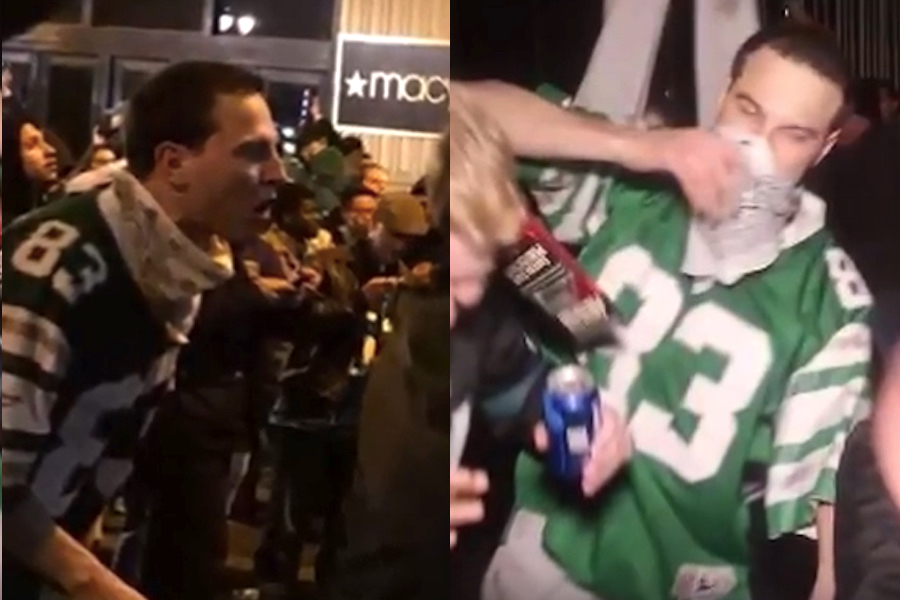 Photos of the suspect via the Philadelphia Police Department.

The Eagles’ Super Bowl win sure does have the Philadelphia Police Department busy.

Earlier today, we told you the arrest of a 20-year-old guy from Malvern, a suspect in the infamous car-flipping on Broad Street. And now, police have released photos of a guy they say smashed the Macy’s window.

Here’s video of the incident:

It happened around midnight after the game. A large crowd gathered on Market Street outside of Macy’s. Police say some people in the crowd became “disorderly.” The Macy’s window never stood a chance. Fortunately for the window, nothing bad happens these days without someone recording it on their cell phone.

Police are also asking for the public’s assistance in identifying suspects wanted for smashing the A.C. Moore window during the post-game celebrations in Philadelphia:

And then there’s the looting video that everybody’s been talking about:

We’re just glad that the vast majority of Eagles fans know how to behave.