It’s Shapiro’s duty as a Birds fan to use the powers of his office to take down Brady and Co. 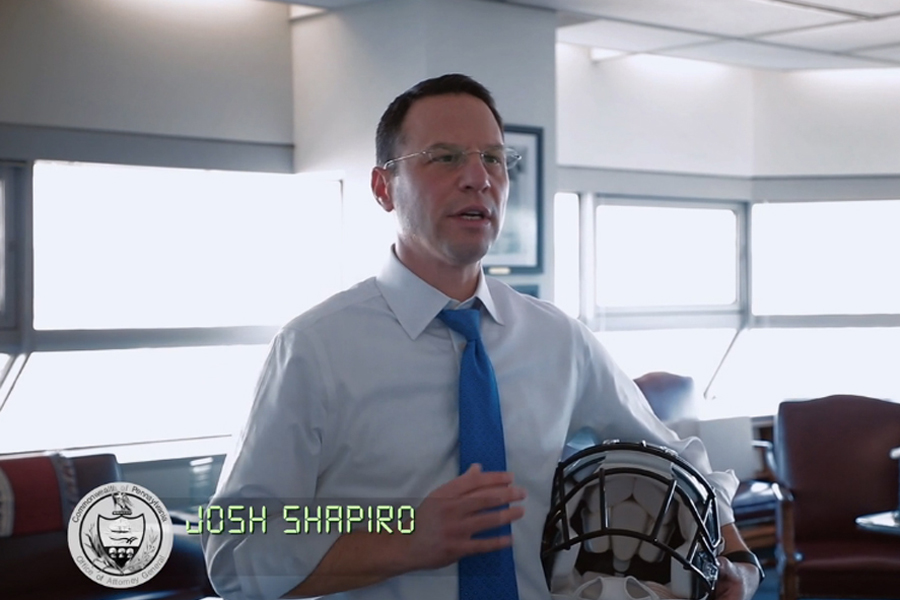 Cutting a fun little promo with shades of the Bourne Identity or any number of high-stress political thrillers, Pennsylvania Attorney General Josh Shapiro “solved” the great mystery that’s been on the minds of football fans for over a decade now: What makes the New England Patriots so great?

If you answered cheating, you aren’t wrong — but in this flick, Shapiro heads to his trusty pushpin grid and discovers that Brady and company have been benefitting from collusion with Massachusetts Attorney General Maura Healey. That’s quite the scandalous accusation! We’ll wait until after Sunday to see whether Shapiro presses charges …

But before the dust settles, the two Democrats had to make a friendly wager on the outcome of the Super Bowl. If the Eagles win, Healey has to wear midnight green at her next press conference. Should those dastardly Patriots wiggle their way to victory, Shapiro will don a Tom Brady jersey at his next public appearance.