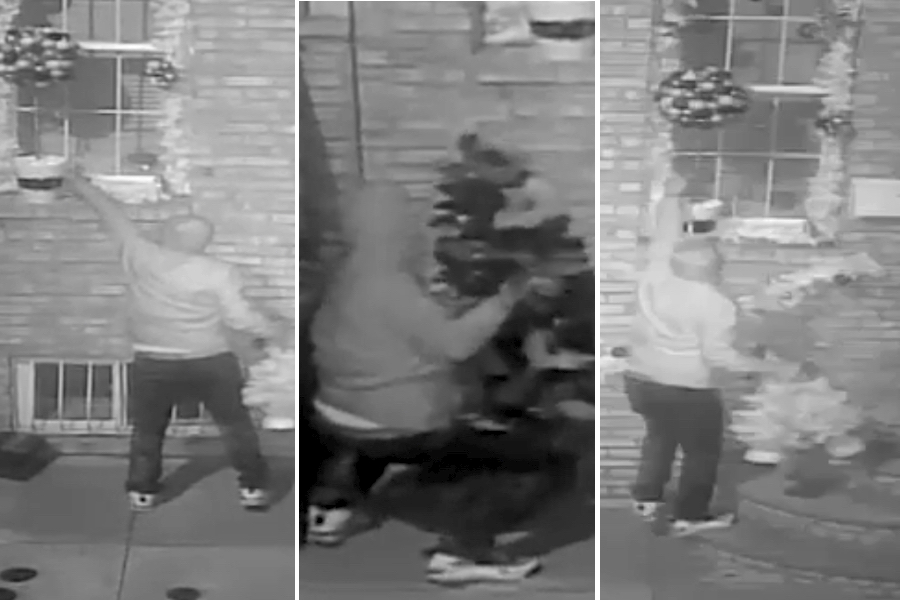 Screenshots of the surveillance video released by the Philadelphia Police Department.

Is nothing sacred? Don’t worry: I already know the answer to the question.

The Philadelphia Police Department is asking for the public’s help to solve a yuletide crime. On Saturday, December 9, just after 5 a.m., a Christmas tree thief struck on the 1000 block of Fitzgerald Street in South Philadelphia (that’s just around the corner from 11th and Wolf), as captured on this surveillance video. There was even a lookout.

The suspect took one larger Christmas tree, two smaller ones, as well as some gaudy-looking decor that was on the windowsills.

Here’s an image of the home before the thief made off with the Christmas decorations: 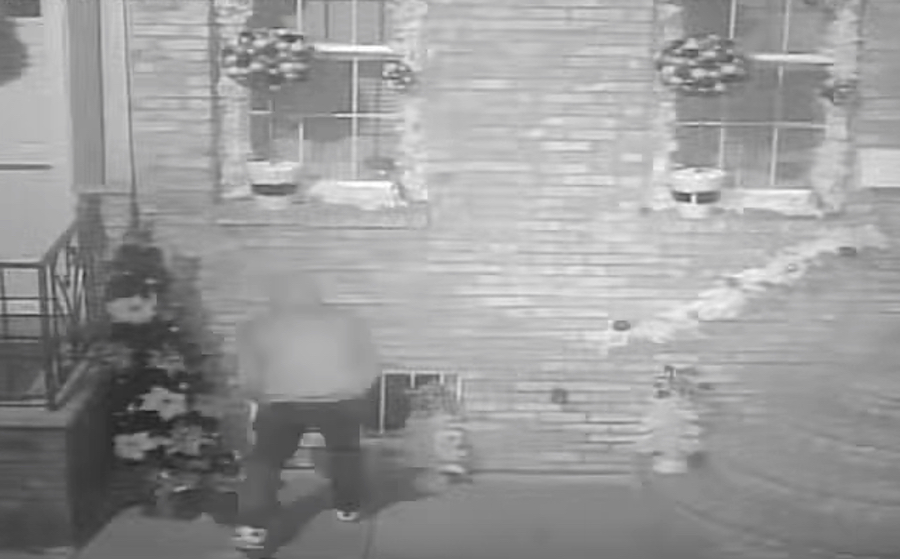 And here is the same home after: 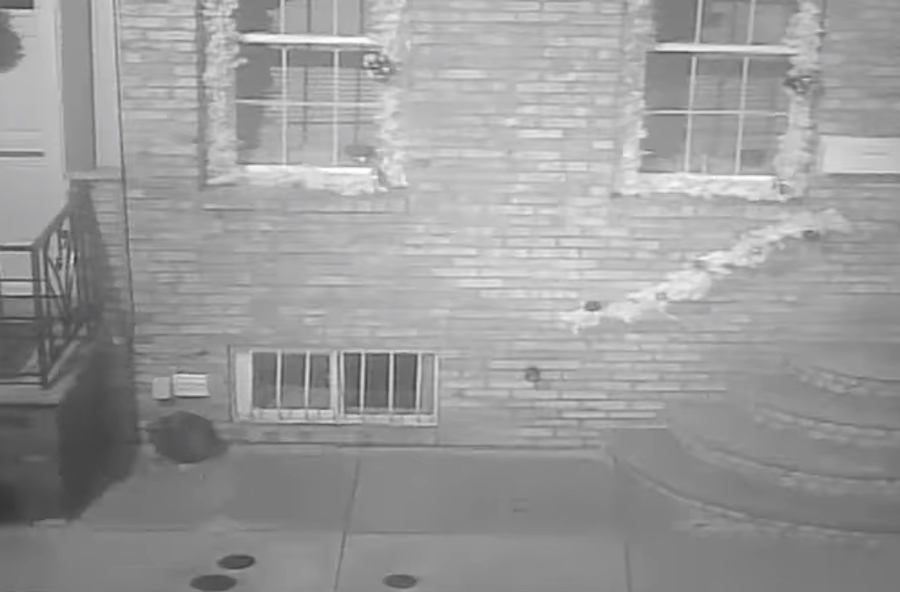 It appears that the thief left behind some garland on the front windows as well as a wreath on the front door.

Not exactly a home run as far as identifiable surveillance footage is concerned, but these are two images of the suspect released by police:

Curiously, this is the exact same block that saw a Christmas decoration theft way back in 2013.

Anybody with information on this Grinchy crime is asked to call South Detectives at 215-686-3013.