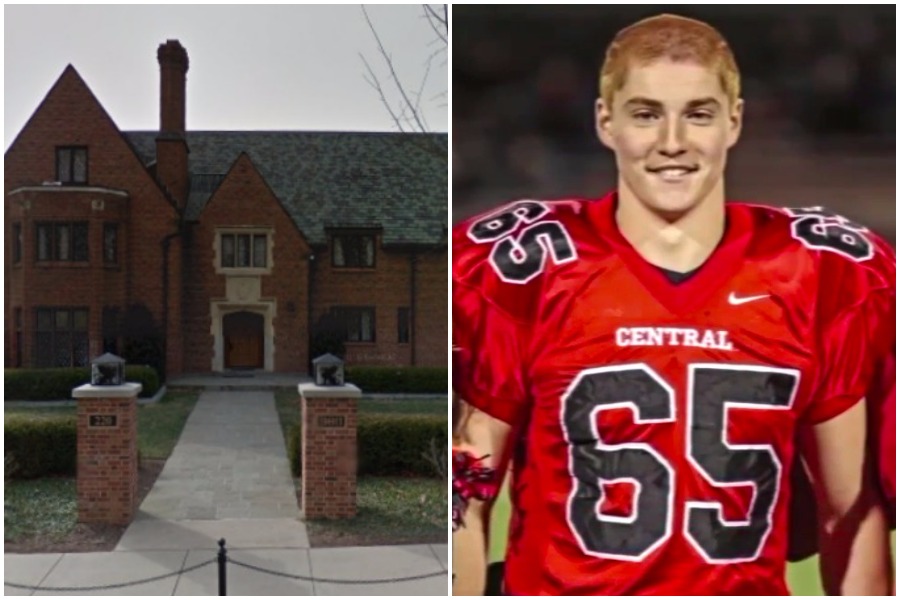 The investigation into the death of 19-year-old Penn State student Timothy Piazza has taken a major turn.

Twelve additional Beta Theta Pi brothers were charged in Piazza’s death after prosecutors recovered previously unseen footage of the night Piazza had too much to drink and suffered fatal injuries from multiple falls.

According to Centre County District Attorney Stacy Parks Miller, fraternity members told police that security cameras inside Beta Theta Pi were inoperable on February 2nd, the night of the deadly party, but FBI agents were recently able to restore the video from the hard drive. The brothers allegedly deleted the surveillance video moments before State College Police confiscated the evidence in February.

Prosecutors say the footage reveals jarring hazing incidences at the frat, including brothers “furnishing beer to the pledges at the beer pong gauntlet station and immediately thereafter handing them beers to perform another shotgun together as a pledge class.”

Miller said Piazza does not retrieve a drink for himself at any point in the video – instead, he is given at least 18 drinks in an hour and 22 minutes. Later in the night, he is knocked unconscious after he falls and suffers a collapsed lung, a ruptured spleen and a head injury that claims his life two days later.

The recently recovered video has led to involuntary manslaughter charges against five Beta Theta Pi brothers: Joshua Kurczewski, Ryan Burke, Jonathan Kanzler, Bohan Song and Aiden O’Brien. Each of the men have also been charged with aggravated assault, simple assault, recklessly endangering another person, hazing, furnishing alcohol to minors and related counts. In addition, six other students were charged with hazing and related offenses, and one student was charged with tampering with evidence. Several brothers who were already implicated in the case now face additional charges.

"Time to man up, fellas, and be held accountable for your actions." — Timothy Piazza's father, after new charges filed in his son's frat hazing death at #PennState More starting 4pm @NBCPhiladelphia pic.twitter.com/N7fuKfgNYS

The video comes months after Centre County District Justice Allen Sinclair dismissed involuntary manslaughter and aggravated assault counts against eight of the frat members originally charged in the case. A lawyer for one of the defendants told the Washington Post that he was furious that he would have to defend his client again.

At a news conference yesterday, James Piazza described his son as a “happy and caring human being … who just wanted to join an organization to find friendships and camaraderie,” according to NBC.

“Instead he was killed at the hands of those he was seeking friendship from,” Piazza reportedly added.

Piazza’s death has spurred a nationwide conversation on the dangers of hazing and binge drinking on college campuses. Penn State has launched an aggressive campus-wide crackdown on Greek Life in the wake of the incident at the now-shuttered fraternity.