Josh Shapiro has filed to appeal a ruling that dismissed involuntary manslaughter charges against five former fraternity brothers in the hazing-related death of Timothy Piazza. 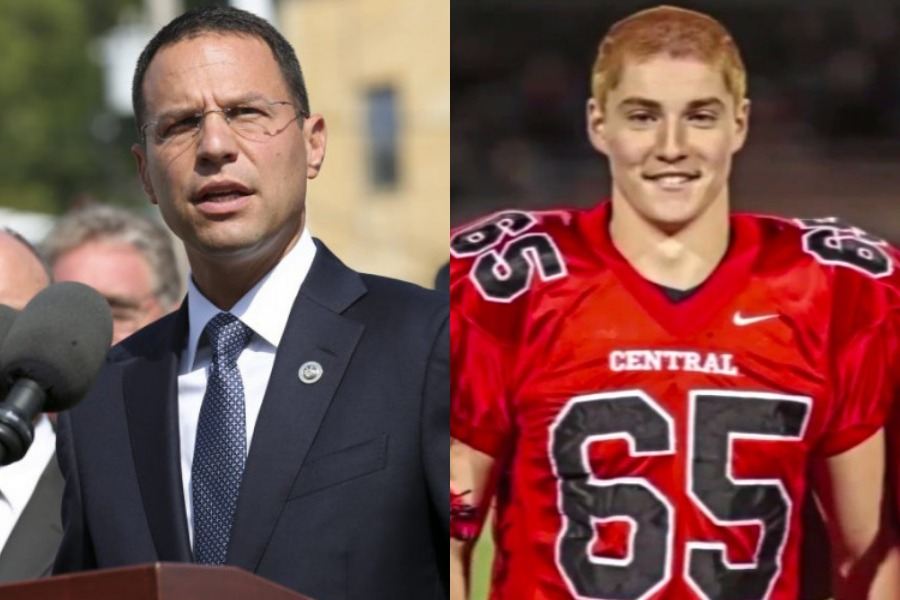 Piazza, a 19-year-old sophomore, died after sustaining fatal injuries from multiple falls during a fraternity party at Beta Theta Pi in February 2017. The prosecution in the case has contended that fraternity members pressured Piazza, a pledge, to consume a dangerous amount of alcohol as a hazing ritual, then did not call for help for nearly 12 hours after Piazza suffered the serious injuries that eventually killed him.

Shapiro is asking the Centre County Court of Common Pleas to review the case after Centre County District Judge Allen Sinclair has twice dropped involuntary manslaughter and felony aggravated assault charges against several Beta Theta Pi brothers who were in the fraternity house on the night of Piazza’s death.

At a press conference on Tuesday, Shapiro contended that five fraternity brothers should be charged with involuntary manslaughter in the case, given three points of evidence: First, that they organized and participated in a dangerous drinking game called “The Gauntlet”; second, that they were aware of Piazza’s fall; and third, that they did not seek medical attention for Piazza.

Shapiro said that Sinclar “should not have the final say in the case.”

“Instead, we firmly believe that justice for Tim Piazza demands that a jury hear this evidence and decide whether or not these individuals should be held accountable for involuntary manslaughter,” Shapiro said.

Thomas R. Kline, an attorney for Piazza’s parents, said the family was pleased with the attorney general’s decision to appeal the dismissals.

Shapiro’s office conducted a four-month review of the evidence after it was asked to take over the case in January, after former Centre County District Attorney Stacy Parks Miller, the previous prosecutor on the case, lost a bid for reelection. Her successor, Bernie Cantorna, referred the case to the AG’s office, citing a conflict of interest.

The case has led to a campus-wide Greek Life crackdown at Penn State as well as calls for harsher punishments for hazing across the nation. At the press conference on Tuesday, Shapiro called for the passage of stricter anti-hazing legislation.