Police say the property is the house of a person of interest in the shooting of Salvatore DiNubile and Caleer Miller. 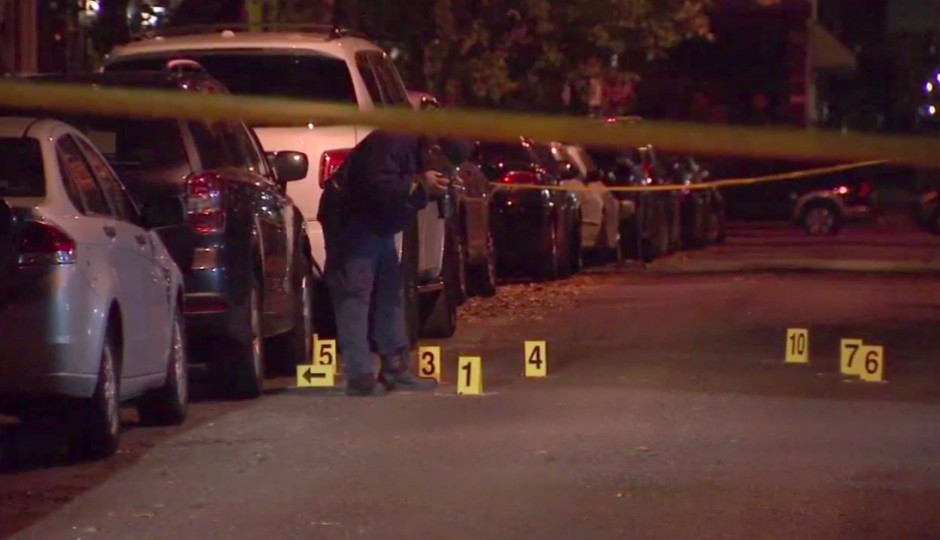 Police are investigating a shooting in South Philly on Friday morning in connection with the murder of two 16-year-old boys earlier this week.

Police Commissioner Richard Ross told 6ABC that the property is the home of a person of interest in the shooting that killed Salvatore DiNubile and Caleer Miller on Tuesday night. CBS3 reports that at least 14 bullets hit the house on Friday morning. No one was injured.

Bullet holes riddle window of home of teen who is person of interest in shooting deaths of Sal DiNubile,16 &Caleer Miller,16. No one was hit pic.twitter.com/j8VQq36zo2

Police say DiNubile, a St. Joseph’s Prep student, and Miller, a student at Mastery Charter School’s Thomas Campus, were shot during a confrontation with other teens around 8:30 p.m. on Tuesday near 12th and Ritner Streets.

Surveillance video obtained by CBS3 shows several teens running away from the scene of the shooting on Tuesday night.

Ross addressed persons of interest through reporters on Friday morning.

“You know by now that we need to talk to you,” Ross said. “Let us find out what your story is.”

The tragic murder has shocked family, friends, classmates and community members. Hundreds attended vigils for the boys on Wednesday and Thursday.