More than 100 firefighters battled the blaze on Wednesday morning. 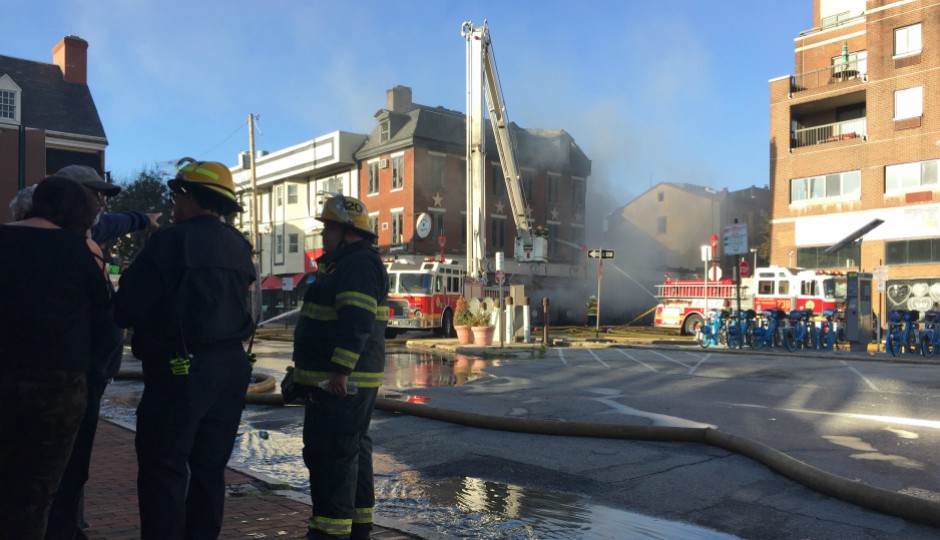 Bridget Foy’s has gone up in flames.

A fire engulfed the popular South Street restaurant early Wednesday morning. It took several hours and more than 100 firefighters to battle the massive blaze, which injured three firefighters and left two dogs dead, according to CBS3.

The fire reportedly started shortly after 1:15 a.m. in the basement of the restaurant, located at 200 South Street. Crews began fighting the fire inside the building but moved outside when conditions became too dangerous.

Crews continued to pour water on Bridget Foy's roughly 8 hours after a fire started in the basement of the popular South Street restaurant pic.twitter.com/kvB251qNrw

Eleven people living in nearby apartments have been displaced.

The Fire Marshall’s Office is investigating the cause. The restaurant was closed when the fire began.

Bridget Foy’s has been in business in the South Street Headhouse District since 1978.

The district issued a statement on Facebook on Wednesday morning: