The Boulevard Direct will stop at eight locations in Northeast Philly instead of 80. 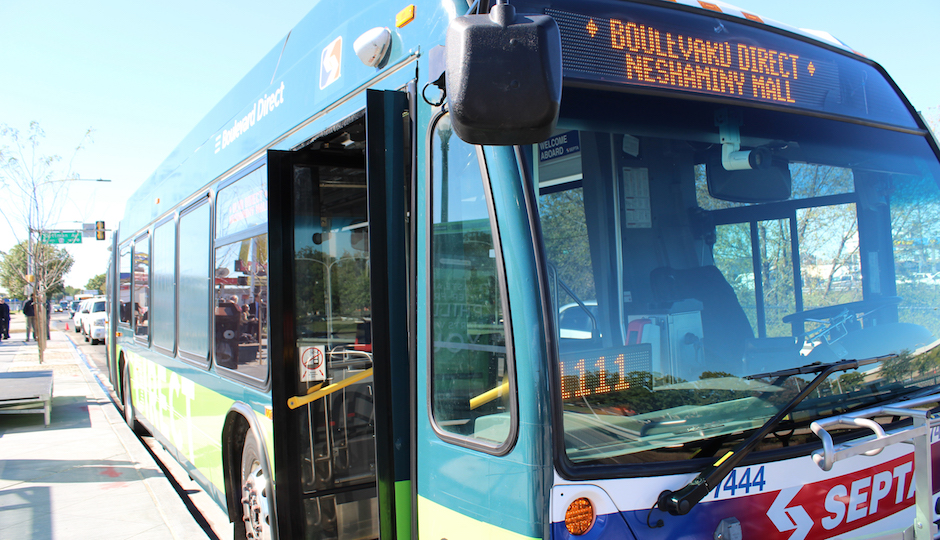 How does having to sit through 80-odd stops on a SEPTA bus before finally reaching your destination sound? Pretty damn awful, right? Well, for some geographically unfortunate riders of the 14 bus in Northeast Philly, that was a daily nightmare.

But SEPTA has now announced that this Sunday, October 22nd, will serve as the launch date for the first route in the transit authority’s new “Direct Bus” plan. Supplementing the 14 bus, the Boulevard Direct will make just eight stops as it shuttles riders the 10 miles between the Neshaminy Mall in nearby Bucks County and Frankford Transportation Center.

“SEPTA is excited to introduce Direct Bus service with the launch of Boulevard Direct, which will provide riders along this busy corridor with an option for saving valuable travel time,” SEPTA General Manager Jeffrey Knueppel said in a release. “This new service is the result of a great partnership between SEPTA and the City of Philadelphia that will continue as we look at additional ways to enhance service throughout the SEPTA bus network.” 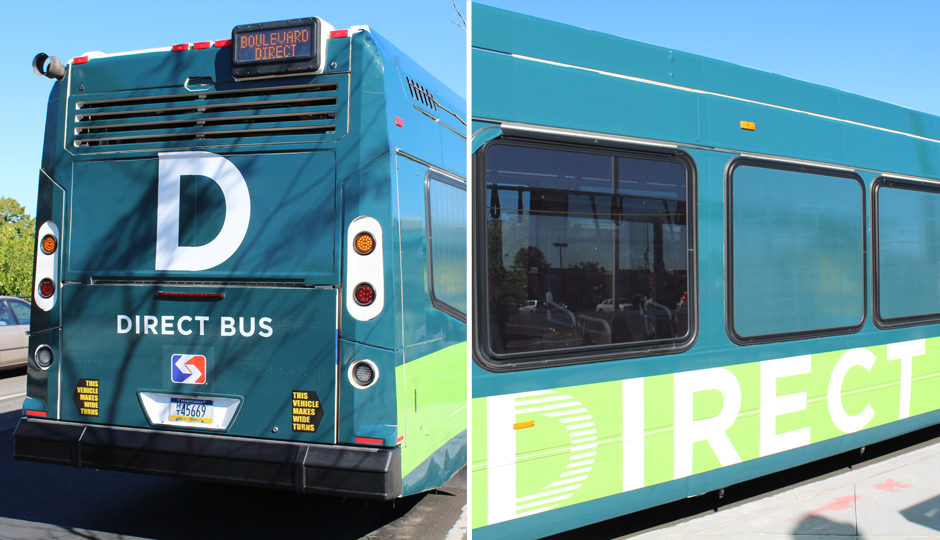 Boulevard Direct buses are set to run every 10 minutes during peak rush hour travel (7 to 9 a.m. and 3 to 6 p.m.) on weekdays, with service every 15 minutes at other times. The express shuttle – which is clearly marked and painted a different color from standard SEPTA buses (Eagles green!) – is designed to cut about 17 minutes off the 14 bus’s end-to-end commute. Total travel time on the Boulevard Direct is expected to be about half an hour.

Free interchange will be offered at all of the Boulevard Direct’s eight stops, which are: Frankford Transportation Center, Cottman Avenue, Rhawn Street, Welsh Road, Grant Avenue, Red Lion Road, Neshaminy Interplex and the Neshaminy Mall. These express stops represent the boarding/departure points for 50 percent of the 14 bus’s ridership. 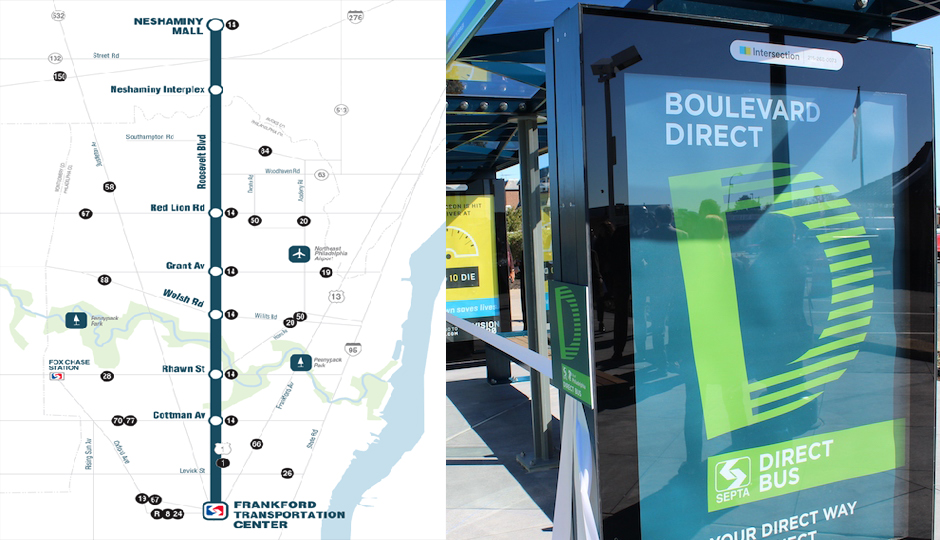 Coinciding with the launch, the city has also opened 10 brand-spanking-new bus shelters along the route.

SEPTA is currently in the middle of a two-year comprehensive assessment of its bus service, which may lead to more Direct Bus routes popping up throughout the city if this great Northeast test goes smoothly. Officials say the efficiency of the direct route could attract as many as 2,500 new riders over the next year and a half.