The Schuylkill River Trail Just Got Its First Security Cameras

They were fast-tracked after last week's report of an attack on the popular running route. 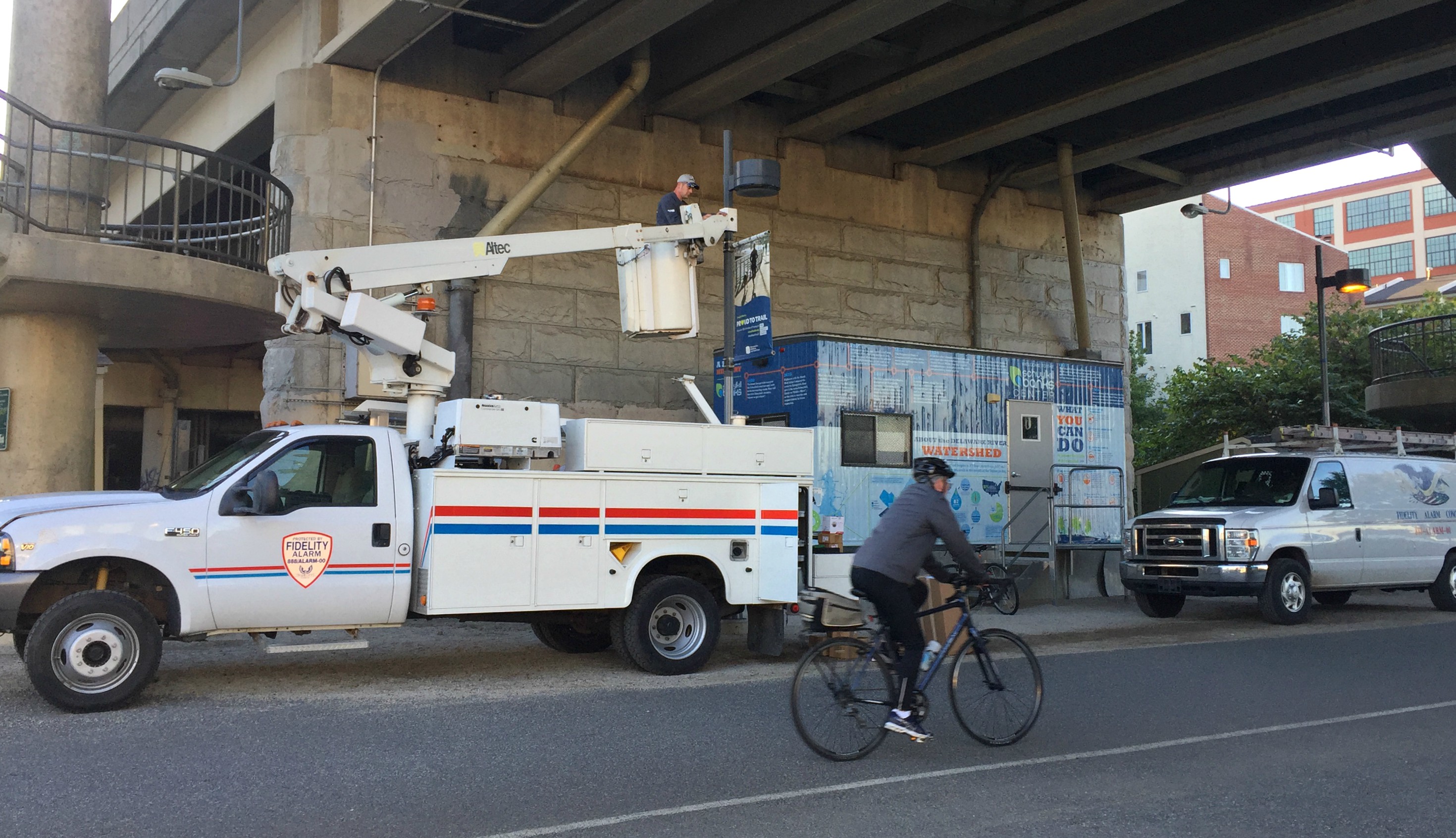 Crews install the first of 21 security cameras under the Walnut Street Bridge on Thursday morning.

Just one week after a South Philly woman said multiple teens assaulted her on the Schuylkill River Trail – and that passersby saw and did nothing – City Councilman Kenyatta Johnson and Parks and Rec have fast-tracked plans to install much-anticipated security cameras along the popular path.

Parks and Rec contractors began the process of installing cameras near the Walnut Street Bridge on Wednesday. They’re the first of 21 cameras coming to the trail, to be set up at eight entrances from Arch Street to just north of the South Street Bridge, where the harassment incident allegedly occurred last week.

That incident – and many others before it – prompted a call for increased security on the trail, which Johnson has advocated for since reports of trail-users being harassed and attacked arose in 2015.

Johnson contributed $75,000 to a recently announced $150,000 trail safety plan, which includes installing the cameras as well as improved lighting. Council President Darrell Clarke provided the remaining half of the funds.

The first set of cameras is expected to be up and running at the Walnut Street Bridge by the end of the day Thursday. A spokesperson for Johnson said the remaining cameras will be installed throughout the next two weeks.