The march was peaceful – and no, the Rizzo statue didn't come down. 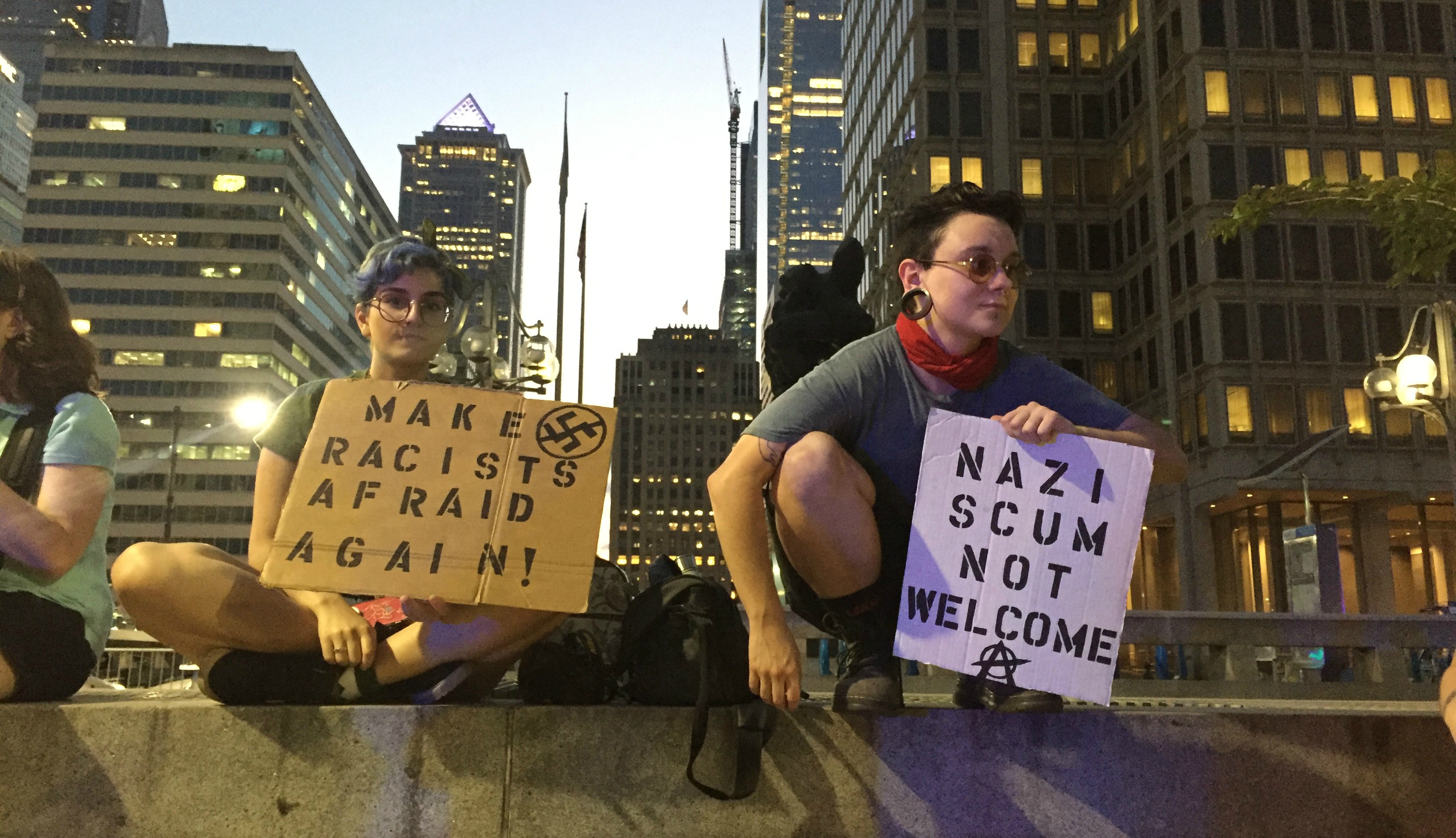 Police say more than two thousand people flooded the city’s streets on Wednesday night for the “Philly is Charlottesville” march against racism.

Interfaith organization POWER (Philadelphians Organized to Witness, Empower and Rebuild) organized the demonstration, which began at 7 p.m. near Congregation Rodeph Shalom in North Philly. Protesters marched south on Broad Street to City Hall, where they shut down surrounding streets around 8 p.m.

Protesters, including Philly Democratic District Attorney nominee Larry Krasner and Councilwoman Helen Gym, condemned the violent white supremacist and neo-Nazi gatherings this past weekend in Charlottesville, Va., where dozens of people were injured and one young woman was killed.

The demonstration was peaceful – police said there were no arrests.

Not far from the Arch Street United Methodist Church, where protesters ended the march, fences and dozens of police officers guarded the city’s Frank Rizzo statue. 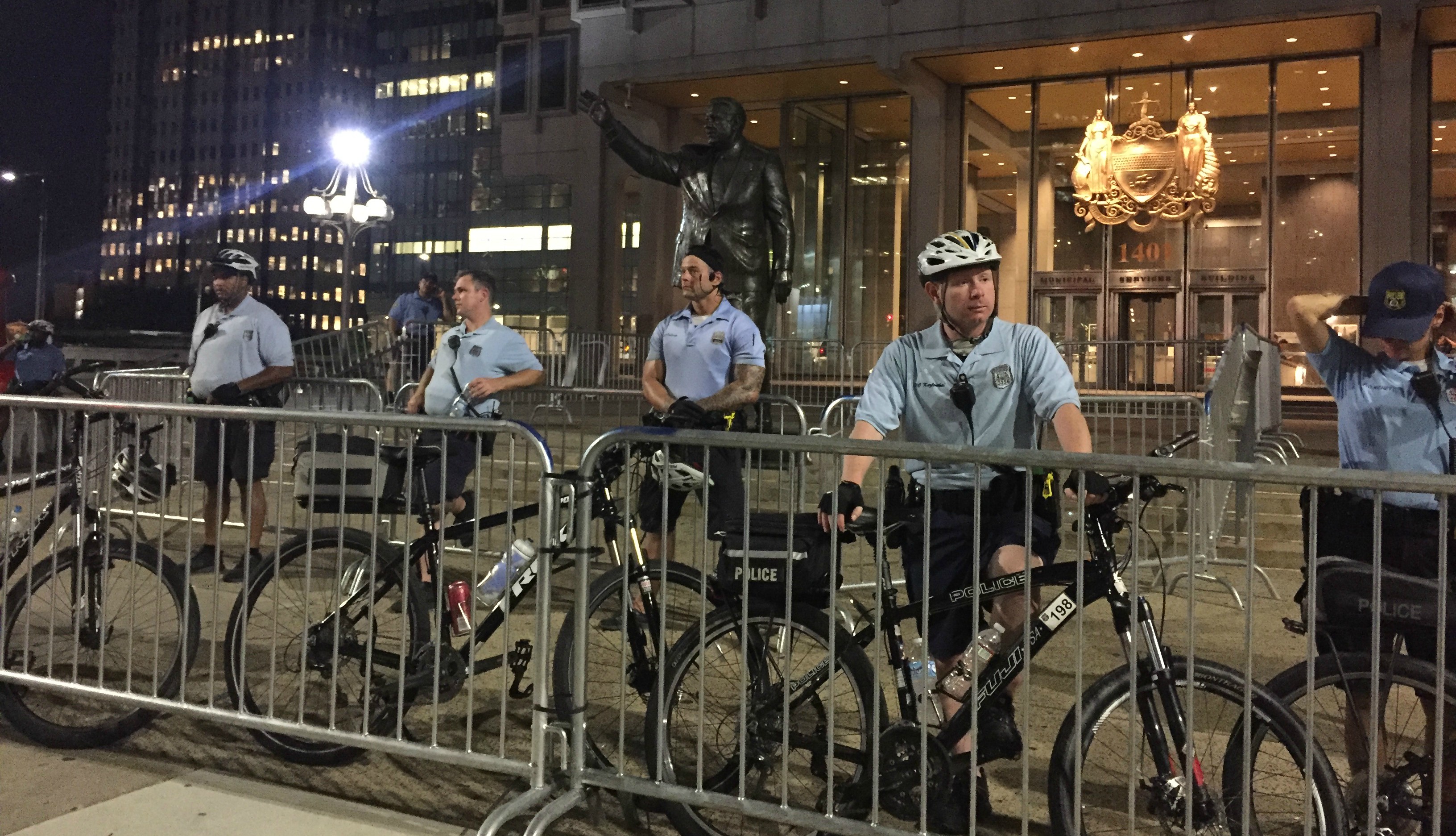 The statue has drawn controversy since the white supremacists and neo-Nazis descended upon Charlottesville in their attempt to preserve a Confederate monument. Rizzo, a former mayor and police commissioner, is criticized for his contentious relationship with the city’s African American and gay communities, among other things.

The statue was fenced off earlier in the day – but that didn’t stop a man from throwing eggs at it. Protesters called for the removal of the statue, but no issues were reported.

Protestors chant 'Down with the RIZZO statue' during 'Philly is Charlottesville' rally in center city. pic.twitter.com/svxizbEbmw

Here are photos and videos from the march:

It was wonderful to see so many commited to ending white supremacy @ #PhillyisCharlottesville. Thanks to the organizers at @powerinterfaith pic.twitter.com/t3O6O65IwE

Crystal's dog Reggie is "against hate" as his sign says pic.twitter.com/lp00F3rpCp

‪So proud to march with our city tonight. We have much work to do in tackling white supremacy in the criminal justice system. #PhillyIsCharlottesville ‬

Philly, you have my heart forever. I'll see you again when the leaves change. #phillyischarlottesville #phillyvsnazis #phillyvseverybody

What's the point of being tolerant to intolerance? #PhillyisCharlottesville

Photos from 'Philadelphia is Charlottesville' rally against white supremacy pic.twitter.com/uO32iYmFZz

The march stretches for several blocks down Broad Street. At Broad and Wood now. #PhillyIsCharlottesville pic.twitter.com/lae4cdlr63

Standing ovation to Javier, undocumented immigrant who is living in this church for 9 months due to ICE persecution #PhillyIsCharlottesville pic.twitter.com/O4uJP5l79N

Rabbi Mordecai Libling gives a first hand account of the events in Charlottesville this past weekend. #PhillyIsCharlottesville pic.twitter.com/r5Br22JGtB