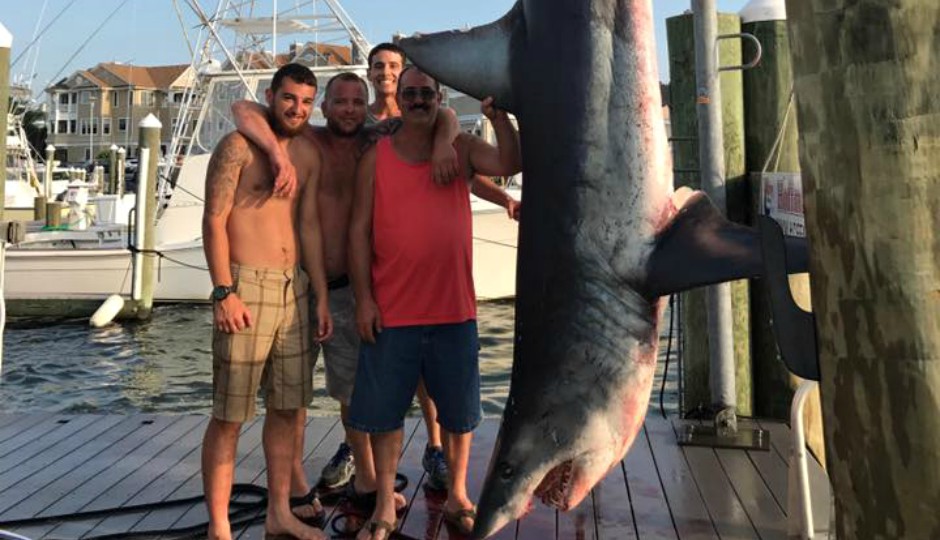 The Jenny Lee Sportfishing crew posted a photo of their catch to Facebook on Saturday. According to the post, co-captain Kevin Gerrity caught the shortfin mako after a 90-minute struggle this past Friday night.

“i want to say that my friend and co captain kevin gerrity deserves 100% of the credit for cathing this beast. he has waited 35 years for todays moment. every night offshore for the last ten years he puts out a shark rod, and every night i tell the customers, ” we aint gonna catch no mako” kevins passion and persisitance has paid off today for a fish of a lifetime..i salute you cap you deserve this fish!!!!!”

The shark is 70 pounds heavier than the former record-holder, an 856-pound shortfin mako caught in 1994, according to the New Jersey Division of Fish and Wildlife.