Here, she talks sexism, Philly's comedy scene, and comics not getting paid. 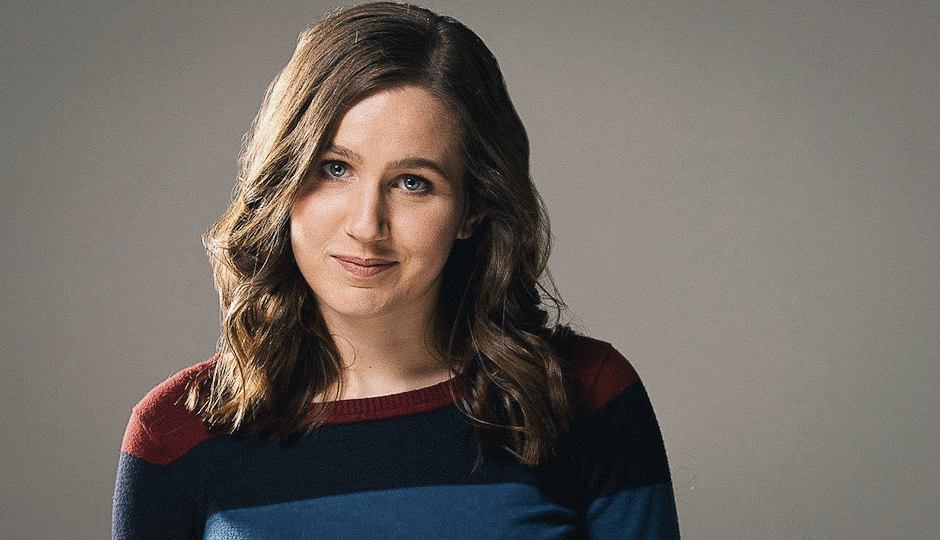 Every year for the last twelve years, Helium Comedy Club has hosted Philly’s Phunniest contest, a weeks-long elimination-style stand-up comedy competition. And every year, the final victor is a man, which has not gone unnoticed by female comedians in Philly and more forward-thinking types in general.

Well, that all changed at Sunday night’s final matchup (I was a judge), where 26-year-old Abby Rosenquist took the top prize, leading to congratulatory Facebook posts like this one from comedian Nicole Yates: “Congrats to Abby Rosenquist for winning the Helium Philly’s Phunniest Contest and busting thru that Bro Wall to be the first Woman to win it! #fuckingyeah”

I got Rosenquist on the phone on Monday afternoon for a quick conversation.

First thing’s first. Your Twitter profile says you live in Brooklyn. What gives?
Well, I live in Philly part of the time and New York part of the time, and I’m from San Antonio originally. My family lives in Ambler, my boyfriend lives in West Philly. I was in Philly full time but since last August, I’ve been splitting my time between New York and Philly. 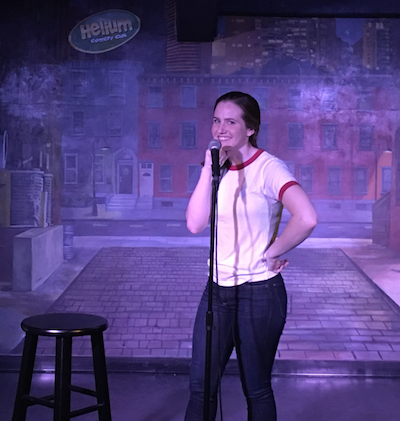 Congrats on winning Philly’s Phunniest. A lot of people are talking about your win, being that you’re the first woman to win it in twelve years, which is kind of amazing given what incredible female comedians we have in Philly. Is the comedy world as sexist as people say it is?
It’s definitely sexist, but the world is sexist, so inherently comedy falls in line with that. I feel I’ve been fairly fortunate to not get as much crap as I feel like a lot of women get. But I’ve dealt with plenty.

Like, I was at a festival and there was some guy who didn’t believe I was a comedian at first. He asks me how long I’ve been doing it, and I tell him over two years. (This is about three years ago.) He says, “Oh, you must be really funny or a great lay.” That’s typical of what we hear. Constantly.

One of the other contestants, Michael Brooks, posted how his daughter asked if he won. When he told her no, she got upset. Then she asked who beat him, and he told her this funny person named Abby. “Oh, a girl won?!” That’s cool. When women come up to me and say positive stuff to me. It has its ups and downs but it’s getting better. The industry is shifting.

How did you get started?
I was living in Lincoln, Nebraska, and my friend was going to this open mic. I never realized that was a thing you could do. I grew up watching comedians and always loved comedy, but I never considered it a career you could pursue. I was always into math and science. But then I did this open mic and I found it addicting. It’s a fun hobby that becomes your whole life. This is all I want to do. I’m all in.

You do this full-time?
Ha, no. I work a 9-to-5 doing customer support for an app. I have to pay the bills. My degree is in engineering, and I’d like to work in that field, but it doesn’t make sense if you wanna do comedy.

We just gave Best of Philly to Good Good Comedy Theatre. You work there at all?
Yes, I really, really like that place a lot. They’re great people. They have a good eye for shows, and it’s nice that it’s not just standup. It’s everything. All kinds of comedy. Philly is getting more and more recognized as a place to go do standup. New York is just a whole different beast.

I actually hire a fair number of comedians for events, and they always seem so shocked to be getting paid at all. Do you all ever make money at this or are you always just doing so-called “exposure” gigs.
I used to be somebody who would travel to a show and not get paid, but more and more, I try to find paid stuff. In New York, it’s so hard to find paid gigs. It’s so flooded that they don’t feel like they have to pay. So many people so hungry for stage time.

Yeah, sorry, I don’t get that. If people are paying to be there and the bar is selling alcohol, the talent needs to get paid.
Absolutely. It’s getting better. But the financial part can get tricky.

So when can we see you in Philly?
I like the Sunday nights at Fergie’s, Helium on Tuesdays and the Raven on Thursdays. I’m at Good Good on August 11th. And, actually, tomorrow night, Tuesday night, I’ll be at Yard Sale Comedy at Bourbon & Branch.

You better get paid for that one.
I think I do!