“Wild Thing” was awarded just over $1.5 million in damages. 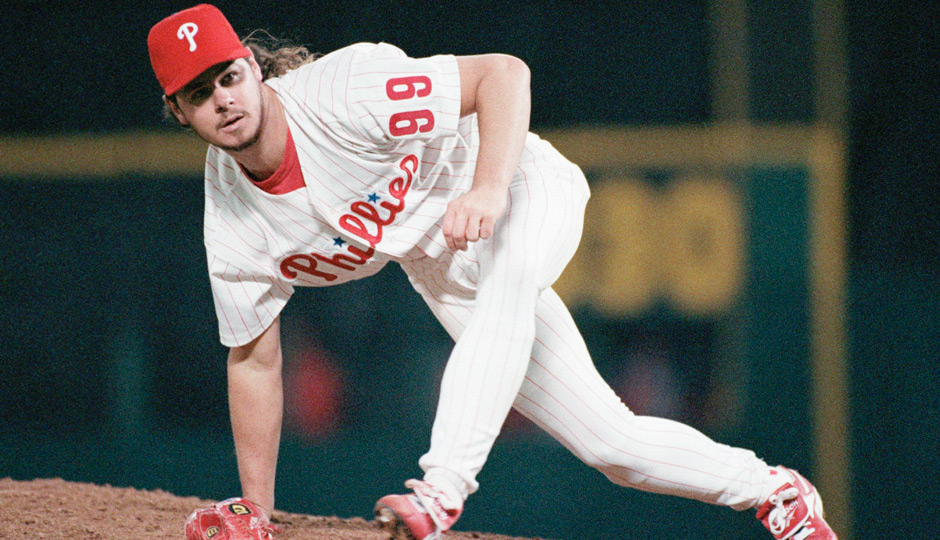 Former Phillies closer Mitch Williams’ latest win may not be as memorable as slamming the door on the hated Atlanta Braves in Game 6 of the 1993 National League Championship Series, but the rich keep getting richer.

A Camden County jury awarded roughly $1.5 million in damages to “Wild Thing” on Tuesday, vindicating the former television analyst in his legal battle with MLB Network, the Inquirer reported. Williams sued the New Jersey-based cable channel for breach of contract in September 2014 after he was fired amid allegations that he misbehaved at two of his 10-year-old son’s Little League games.

To all of the people that have wondered where I have been for 3 https://t.co/ZUjo2gb7x5 that answer was provided by a court of law#justice

Williams’ employment was terminated by MLB Network after sports gossip website Deadspin posted two stories that offered unflattering accounts of the broadcaster’s conduct while serving as one of three coaches for his son’s team, the Jersey Wild. One post claimed that Williams was once kicked out of Cal Ripken Stadium in Aberdeen, Maryland for loudly cursing while the other alleged that he called one kid a “pussy” and ordered his pitcher to intentionally hit another youth.

Although he disputed the accounts in his civil lawsuit, Williams apologized at the time on Twitter. “I regret what happened at this weekend’s tournament & apologize. I love baseball & coaching,” his tweet read.

Williams claims that MLB Network executives insisted that he sign a new contract prohibiting him from attending any of his children’s games. When he refused, Wild Thing says he was fired.

“This verdict completely vindicates Mitch Williams, who was viciously defamed by anonymous sources on the Internet and then had MLB Network breach its contract with him,” Laura Carlin Mattiacci, one of Williams’ attorneys, said in a statement.

“While we respect the jury’s decision, we disagree with their conclusion and are reviewing all of our legal options. We will have no further comment at this time,” an MLB Network spokesman said following Tuesday’s outcome.

Williams also sued Gawker Media, the parent company of Deadspin at the time. Mattiacci said the two sides settled out of court for a confidential sum.

Wild Thing admitted in an April 2015 interview with Philly Mag that being unemployed and having his reputation smeared was tougher than giving up that infamous walk-off home run to Joe Carter in the ’93 World Series.