We’ll riot if the award isn’t given to one of our deserving young stars. 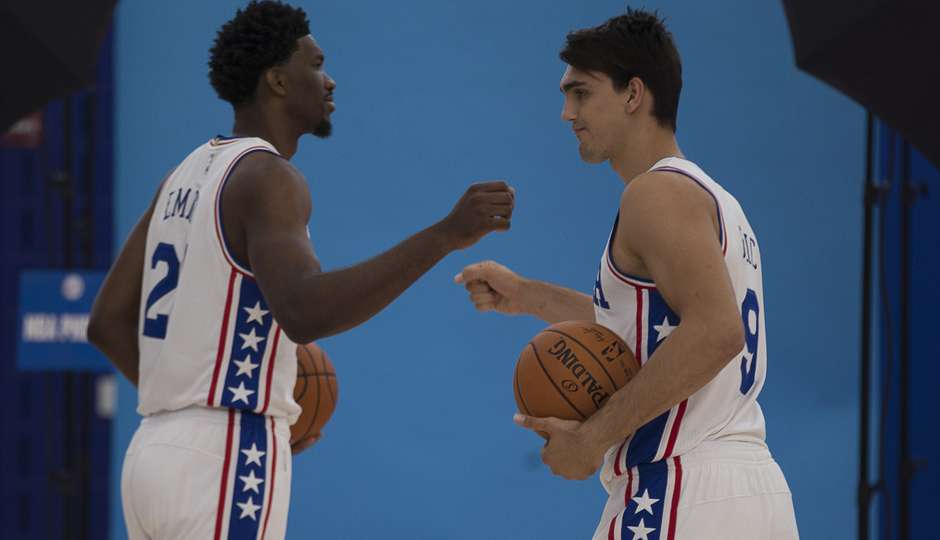 In truth, the NBA’s Rookie of the Year award is rather meaningless. It does not guarantee that its winner will enjoy a long and fruitful professional basketball career, nor does it signal that the team employing its winner is instantly regarded among the league’s playoff contenders.

But it’s still nice to have nice things, and we here in Philadelphia take competition seriously. With center Joel Embiid and forward Dario Saric named as finalists for this season’s Rookie of the Year, we should fully expect that one of the young Sixers will walk away with the honor.

With all due respect to Milwaukee Bucks guard Malcolm Brogdon — the other ROY finalist — this is a two-horse race. That is of course unless those two horses cannibalize each other, a possible but unlikely outcome after all of the media’s votes are tallied. Brogdon is a good player, sure, but his statistics fall short of both Embiid and Saric in most impactful categories.

In just 31 games played, Embiid became first rookie with averages of at least 20 points, 7.5 rebounds and 2.5 blocks per game since future Hall of Famer Tim Duncan in 1997-98. Only seven rookies have done that in NBA history.

Embiid and Saric became the first teammates to win the Rookie of the Month Award multiple times in one season. Together, the duo helped the Sixers win 18 more games than they did last year — the second-best improvement in franchise history.

If we had a vote, we’d look past Embiid’s relatively small sample size and choose the Cameroon native as our Rookie of the Year winner. (Patrick Ewing won ROY in 1986 after playing in only 50 games – the lowest total for award winners, at least for now). He was just clearly the most dominant rookie on the court this year and the only one to flash true superstar potential. Remember January?

Saric is certainly a nice piece too, although he falls more along the Michael Carter-Williams sliding scale for rookies. Hopefully he can take the next step and carve out more of a solid role here than MCW ever did. But if Dario does in fact take home the trophy, which in any other year he would deserve in his own right, it will be because of the writers who frivolously penalized Embiid for his lack of games played.