Here’s One Millennial Who Didn’t Vote for Larry Krasner

This guy has never been a prosecutor before, and he has all the makings of being soft on crime. Why are we so certain he’s the right choice for DA? 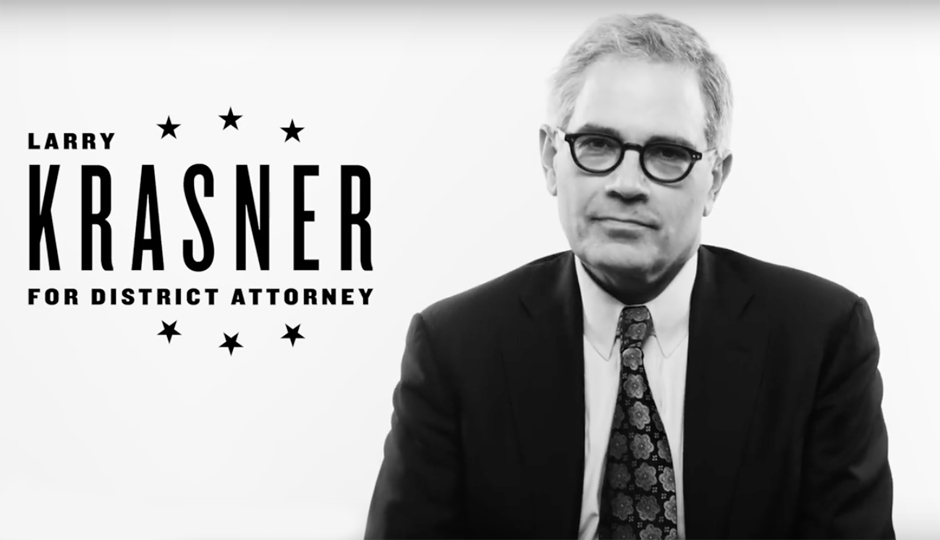 Photo courtesy of the Krasner campaign.

I might be the only registered Democrat under the age of 30 who didn’t cast a vote for progressive darling Larry Krasner in Tuesday’s district attorney primary election.

As someone who once interned in the DA’s Family Violence and Sexual Assault Unit, I have seen firsthand how hard these prosecutors work to ensure the safety of our community. The ADA I was assigned to was a stand-up guy with loads of character, and it weighed heavily on him those rare times when defense attorneys like Larry Krasner were able to keep child molesters and rapists out of prison.

As someone who’s never worked as a prosecutor a day in his life, Krasner campaigned on a Trumpian “drain the swamp” agenda that miffed many of the very people he will be entrusted to lead. (That is, of course, if he’s elected in November, which is the most likely outcome in this heavily blue town.) Krasner has said that the DA’s office suffers from a “sports culture” – whatever that’s supposed to mean – and is too concerned with maximizing convictions. I would hope so, you know, considering how the job of a city prosecutor is to put as many criminals behind bars as possible.

But that doesn’t work for Larry. He’d rather have people who have been charged with a crime out on the streets with the rest of us, free to offend again until their next scheduled court date or mental-health session. Maybe it’s just me, but I find his pledge to seek alternatives to incarceration unsettling. Krasner hates how filled our prisons are — thinks they’re a drain on resources — but he doesn’t believe we should be executing our most heinous felons?
Instead we’ll just keep paying to let murderers like Mumia Abu-Jamal rot on death row, I guess. A career criminal defender picking and choosing which crimes to focus on can only spell trouble.

The 56-year-old Krasner’s anti-establishment platform certainly got him noticed (along with all of that Soros money), but can he make nice and actually rally the DA’s office around him? I wouldn’t bet on it. This guy’s talking about making a lot of broad changes, some which may mean less cash for his ADAs without any conceivable way to replace it.

Would you want to work for a new boss who comes in saying how poor of a job you’re doing with little regard for how much you’ve been busting your ass? Of course you wouldn’t. And neither would these fine ADAs that Krasner wrongly believes have a vendetta against our city’s poor like they’re a bunch of Scrooge McDucks. They have a problem with criminals, Larry. Not that you would be able to distinguish one yourself.

Just like that other political firebrand currently running the White House (into the ground), Krasner could be all talk and no action. It will be hard for him to mend fences, especially within the law-enforcement community. It takes two to tango in the political realm, and in being such a willing outsider, Larry might have to learn that lesson the hard way.