Did Trump Bring Philly to the Polls — and Help Elect Larry Krasner?

Philly opted for two anti-establishment candidates yesterday in a primary that notched a significant bump in voter turnout. 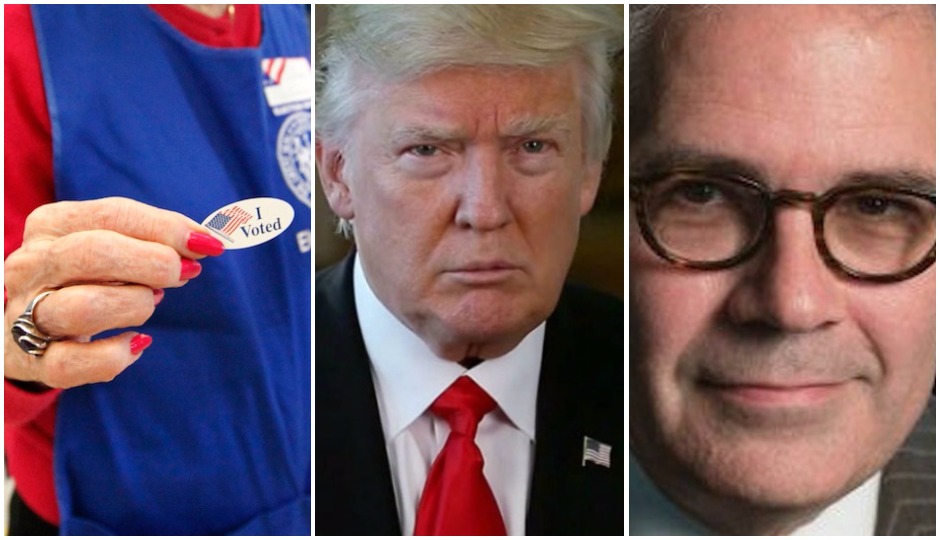 It could have been the competitive Philly district attorney race. Maybe November’s election was still fresh in our heads (call it the Trump effect), or perhaps it was all part of the progressive wave the city’s riding right now – but for whatever reason (or all three), Philly showed up a little more than usual for Tuesday’s primary.

With about 98 percent of districts reporting late last night, Philly voter turnout stood at about 18 percent — which might not sound that impressive (in a sense, it shouldn’t), but considering the fact that voter turnout was just 12 percent for the last competitive DA race in 2009, it’s a notable jump.

Some voting divisions  – looking at you, West Philly – Democrats saw a remarkable turnout of just about 50 percent.

With those numbers, the city chose a Democratic DA candidate viewed by many as the most progressive name on the ballot: civil rights lawyer Larry Krasner, who opposes the death penalty, wants to abolish cash bail, and has so far spent his career standing up to cops. Krasner is, apparently, a name Philly can get behind, and in the days leading up to the primary, his platform attracted national attention as well, from news outlets that called him “the Bernie Sanders of the Philadelphia DA race” and “the only candidate who throughout his career demonstrated commitment to the role of community engagement, even when it is contentious.”

Plus, with a $1.45 million donation from a super PAC tied to billionaire philanthropist George Soros (a testament to the sway of big money), Krasner held a significant advantage. But he wasn’t the only anti-establishment candidate who saw success yesterday: Philly also picked Rebecca Rhynhart as its Democratic candidate for city controller, unseating 12-year incumbent and Democratic machine favorite Alan Butkovitz.

So why the uptick in participation – and progressivism? For starters, the city’s Democratic Party didn’t endorse a DA candidate, which allowed for more competition in an already fierce race that was chock-full of lefty candidates.

Civic participation is undoubtedly making a comeback since Trump’s election, which has spurred a new wave of social and political resistance. Krasner clearly functioned as firebrand, likely drawing an increase in votes from millennials (though it’s too soon to know for sure) and those who supported Sanders (Krasner was backed by Our Revolution, the political organization with strong ties to Sanders), or really anyone who vehemently opposes President Donald Trump.

That pushback was already evident in the slew of protests the city’s seen since November. Until yesterday, it wasn’t clear whether or not the resistance would translate at the polls. Now, it’s starting to look like it might.