Enough with the eggs Benedict! This year, build your own bird’s nest instead. 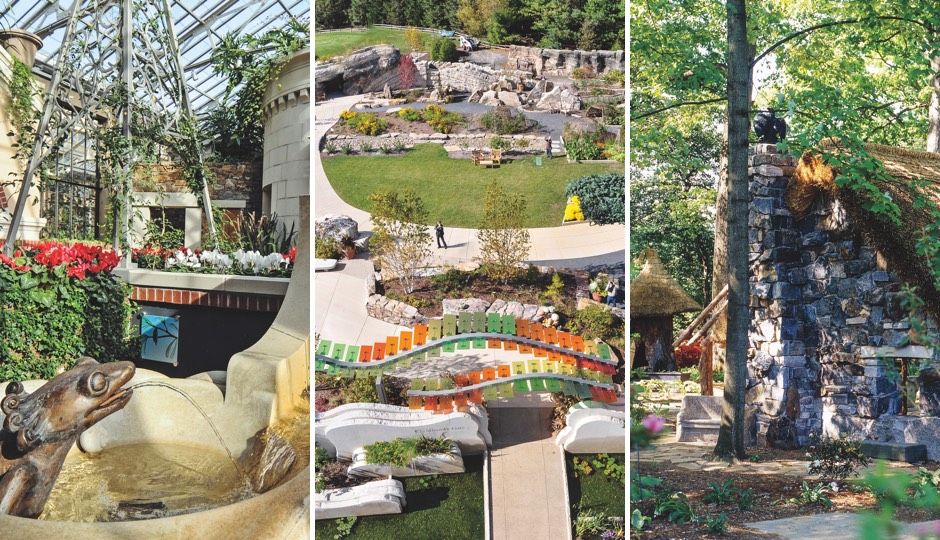 There are so very many different ways to fete the mom of your kiddies on Mother’s Day: breakfast in bed, a fancy brunch, takeout Chinese. Or you could make the whole fam happy with a visit to a children’s garden. It just so happens Temple landscape architecture professor Lolly Tai has a pretty new book out, The Magic of Children’s Gardens, and among the 19 American gardens it highlights are six — six! — within day-trip distance where your offspring can get up close and personal with the natural world instead of with an iPhone. Here they are, with a brief overview of the wonders they hold. 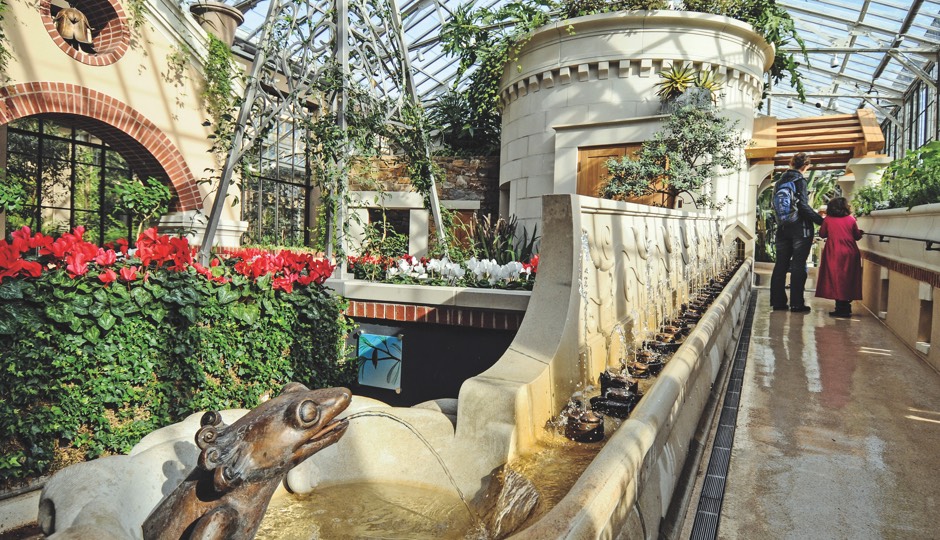 Note that key word: indoor. One of the best aspects of Longwood is that there’s plenty to see even if the weather is dicey. (Don’t miss the newly refurbished Grand Fountains, though, if it’s nice outside.) What, you don’t remember the Indoor Children’s Garden from when you were small? It only opened in 2007. You’ll find oversize animal sculptures, two mazes (bamboo and square), a grotto (!) with a Drooling Dragon, a water curtain with leaping water worms, birds and butterflies … Landscape designer Tres Fromme planned the garden — influenced by the Park of the Monsters in Italy — to give the impression that no adults are allowed. It’s blessedly short on “educational” features and big on discovery and fun. (Longwood has an outdoor garden aimed at munchkins, too.) 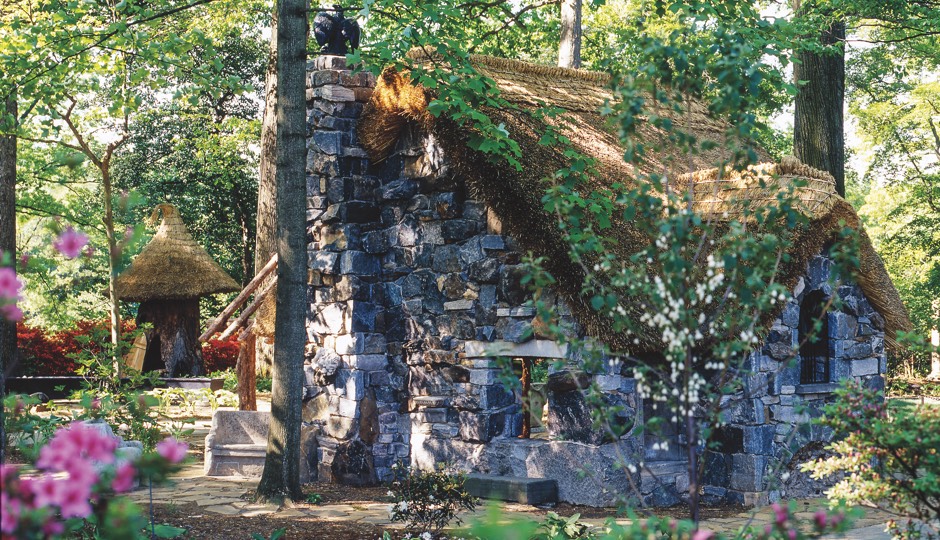 Perfect for those obsessed with fairies, princes and princesses and happily-ever-after — and really, who isn’t? The Enchanted Woods were built beneath an existing canopy of mature trees so they’d look as if they’d been here forever. At the center is the Faerie Cottage; there’s also a Fairy Flower Labyrinth, Story Stones, a reflecting pool, a serpentine path, a giant bird’s nest, a pretend tearoom, a real tree house and the Green Man’s Lair. Oh, did we mention the Maypole? You can relax on a swing, a fairy throne or a convenient tree stump bench while the little ones explore. Designed to be less a playground and more a peaceful refuge. 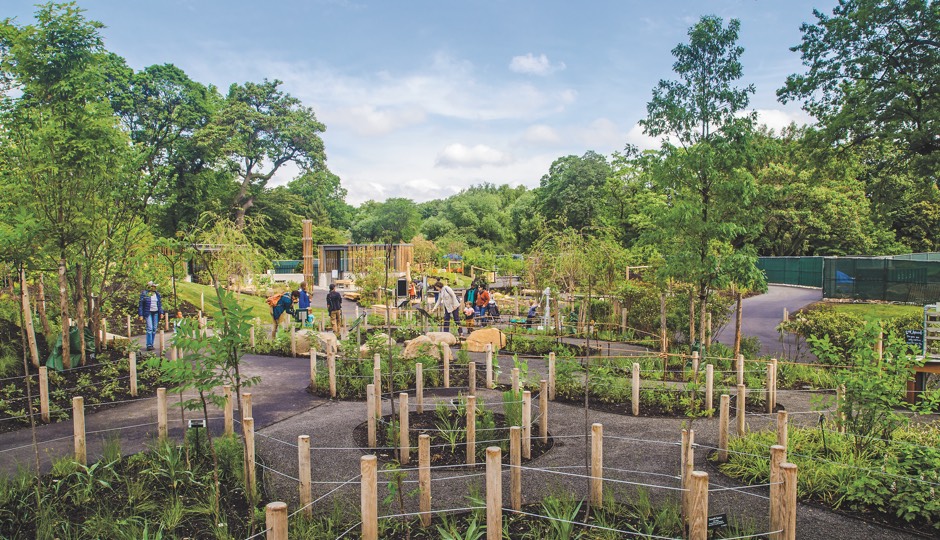 The winding path through the meadow toward the marsh at Brooklyn Botanic Garden’s Discovery Garden. Photo | Lexi Van Valkenburgh

The garden gates here have been open since 1914; Brooklyn Botanic has the oldest continuously used children’s garden in the world. But the Discovery Garden, for kids ages two through 12, only opened in 2015, informed by a century of observation of how children interact with the world around them. There are three main ecosystems — meadow, marsh and woodland — to explore via winding paths, plus a fruit-and-veggie plot, a place to build your own bird’s nest, an insect hotel, sound boxes that serve up wildlife sounds, plus science tables and activity stations. The hand pump and giant wood pavers should wear kids out enough that they’ll sleep all the way home. 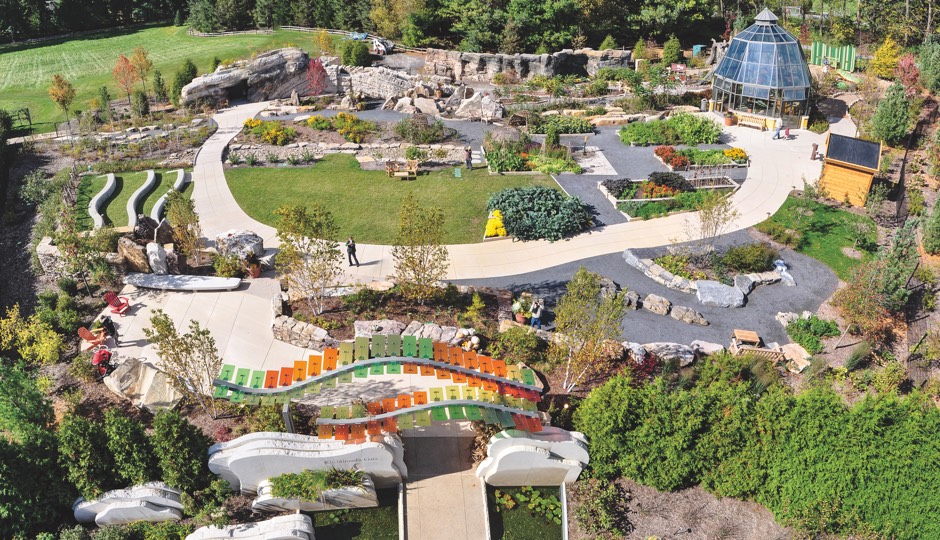 The “Childhood’s Gate” thing is taken from the alma mater, because Penn State. But the theme of this kiddie wonderland, opened in 2009, is the flora, fauna and culture of Happy Valley, targeting kids ages three to 12. There are three main areas for exploration: The Rocky Ridges, with a mini landscape built from large boulders and a spring; the Central Valley, with Native American woven huts, a Prairie Patch with a life-size statue of a bison, the 20-foot-tall cloche-shaped Glass House, and an interactive Farm Pump; and Fossil Gap, with a cave complete with stalagmites and stalactites, a secret passage, and a colony of bronze bats. Other highlights: the toadstool seating, the giant Caterpillar Bench, and the Discovery tree, which has a chime to ring, peepholes and a fairy garden. This one was designed with an eye to bridging generations, so consider bringing Mum-Mum along. Be sure to stop at the Berkey Creamery for ice cream on your way home. 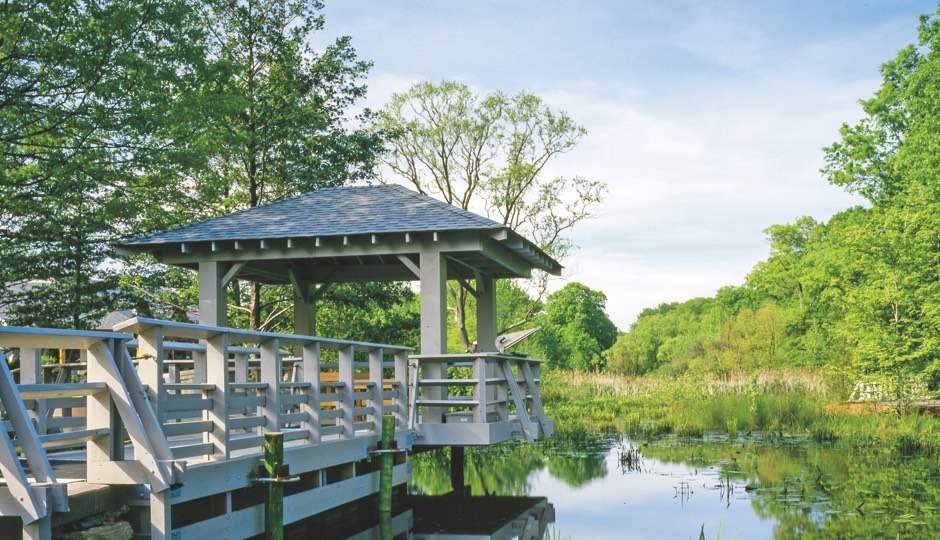 Though the Botanical Garden in the Bronx opened in 1891, the Children’s Adventure Garden only dates back to 1998, and was designed to help kids ages five through 12 learn about plant science. (A redesign in 2015 updated the offerings and allowed structural repairs.) There are more than 40 hands-on exhibits and activities, including mazes, terrific animal topiaries (such as a frog and a caterpillar), a giant model of a flower, a waterfall, and an indoor lab with microscopes. Signs suggest where kids should “take a good sniff!” Four outdoor galleries highlight the roles of dirt, sun and water on ecosystems; kids can even search for real live turtles and frogs. Worth noting: Through October, Dale Chihuly’s child-friendly artworks are on display throughout the gardens. 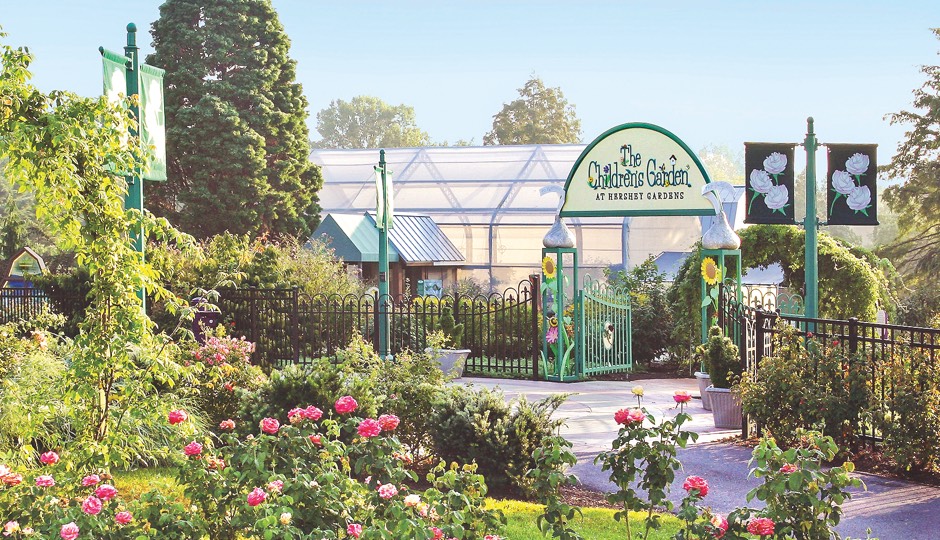 Is there chocolate? Yes. Yes, there is chocolate. At least, there are huge water-spouting Hershey’s Kisses and a walkway made of chocolate bars. Thirty-two different theme gardens are stuffed full of whimsy at this mecca, opened in 2003. You’ll find a human sundial, a pretzel maze, a Native American longhouse, musical instruments like a xylophone and an alligator drum — not to mention more than 500 different kinds of plants. Check out the living willow curtain, the caterpillar tunnel and butterfly house, and the blind that lets you eavesdrop on birds at feeders. And don’t forget to hug Maisy the cow!