OPINION: Brian Sims, Stop Chasing the National Spotlight and Focus on the Gayborhood

Owens: The prominent gay legislator just made news by calling an online troll’s grandmother. Why wasn’t he that proactive in addressing Gayborhood racism and the Mazzoni Center controversy? 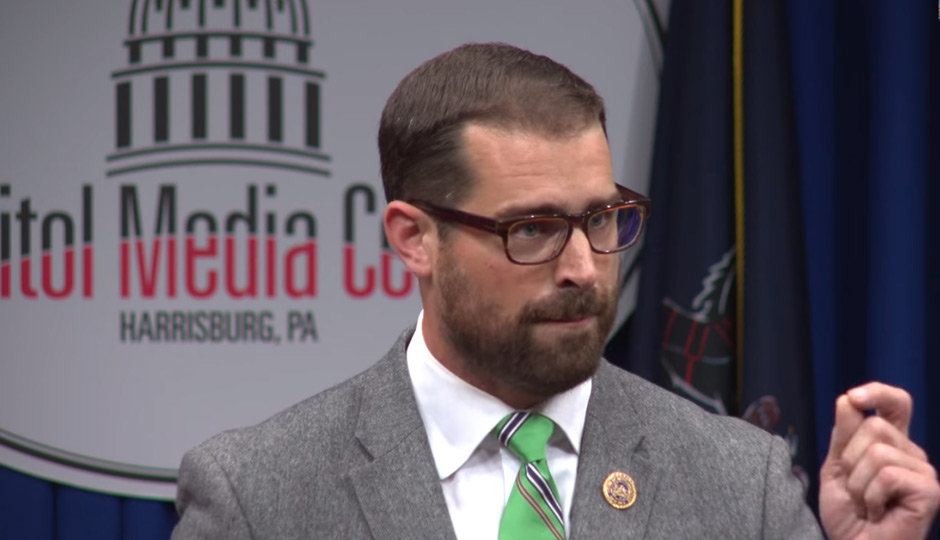 If you frequent the Gayborhood, by now you’re aware of the ongoing conversations surrounding racial discrimination in the community. You’re most likely also familiar with the recent turmoil at the community’s leading LGBTQ nonprofit, Mazzoni Center. Regardless of your personal thoughts on these issues, you can’t ignore the impact both have had on the Gayborhood.

But oddly enough, it doesn’t appear as though our only openly gay state legislator finds these issues worthy of urgent concern. State Rep. Brian Sims, whose legislative district encompasses the Gayborhood, has been curiously hands-off when it comes to engaging in these public disputes in his own backyard.

Since last fall, when the community began to deal with the fallout from multiple allegations of racial discrimination, Sims hasn’t been much of a presence. He did not attend the October 2016 hearing led by the Philadelphia Commission on Human Relations (PCHR), which was packed with hundreds of community members, LGBTQ leaders, and local elected officials. Nor did he appear at any town halls organized by Gayborhood bars or activists. (Later, however, he did host a political fundraiser at one of the bars.)

Sims still wasn’t showing up in January 2017, when PCHR announced its landmark report and findings that mandated racial-bias training for Gayborhood bars and nonprofits. It wasn’t until March 29th that the self-described “progressive Democrat” finally spoke out and declared that “there is racism in the Gayborhood” in a guest op-ed for Metro Philly.

Similarly delayed was Sims’s response to recent outrage at Mazzoni, which led to staff walkouts, multiple leadership resignations, and even a HIV meds strike. While other elected officials, such as Councilwoman Helen Gym, spoke out about these matters in the middle of the crisis, it took the resignation of Mazzoni’s executive director and board president before Sims finally said anything:

As disappointing as these lapses in proactive response have been for the community, what makes the matter even more infuriating is how Sims has used his large social media platform to inject himself into national issues. On October 26, 2016 — a day after the PCHR Gayborhood racism hearing he skipped — Sims declared an official boycott of Yuengling beer because its owner is a Trump supporter:

And while both of these social media actions are admirable, one can’t help but observe the blatant prioritizing of national LGBTQ issues over ones in our community. For a gay elected official who arguably owes his current seat to LGBTQ community members who endorsed him during a competitive race he was close to losing, Sims’s lack of early and sustained involvement in major Gayborhood affairs is a total letdown.

Would it be hard for Sims to denounce certain bars at which he’s held political fundraisers and certain controversial donors who run them? Of course. But isn’t that what leadership would look like in this situation — leading the charge of addressing and healing the tension that’s been festering for years? City Councilman Derek Green, who is only in his first term, has already proposed citywide anti-discrimination legislation that directly addresses the issues Sims took way too long to speak up about.

As the Gayborhood community continues to rebuild and become more intersectional, we need our only locally elected LGBTQ gatekeeper to focus on the issues that hit us the hardest. As America’s first openly gay elected official, the late Harvey Milk, once said: “It takes no compromise to give people their rights … it takes no money to respect the individual. It takes no political deal to give people freedom. It takes no survey to remove repression.”