The facilities would provide drug users with medical supervision and potentially reduce the city's overdose deaths. 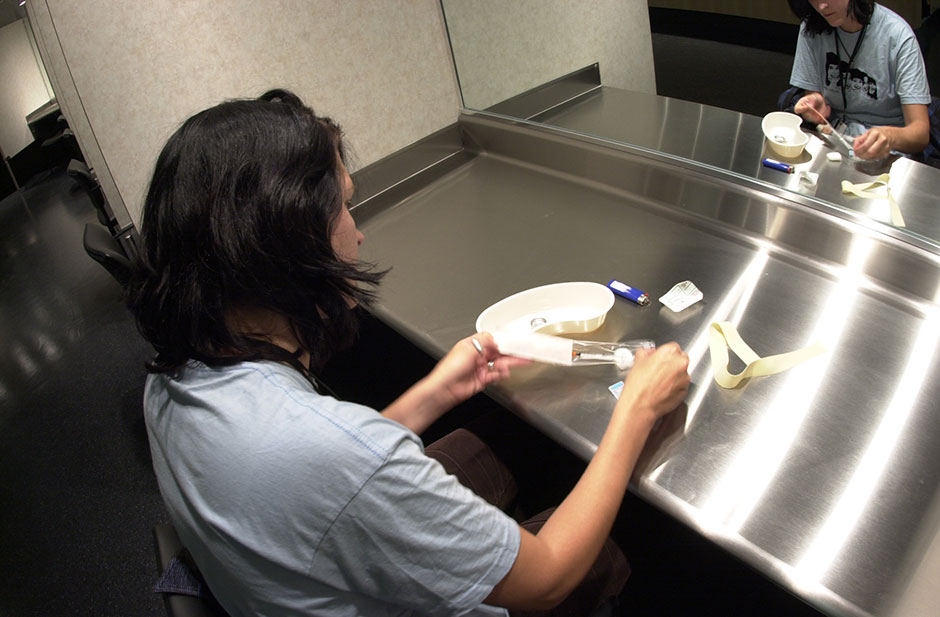 Philadelphia officials and medical professionals are debating the possibility of adding “safe injection sites” for opioid users, the Inquirer reports.

The facilities would provide drug users with medical supervision and the chance for quick intervention with naloxone, a drug that can help reverse narcotic overdoses.

The idea is that the center would hopefully work to reduce the city’s overdose deaths, which totaled more than 900 last year. The proposal was introduced at a meeting for the 20-member Mayor’s Task Force to Combat the Opioid Epidemic, which has met semi-monthly since January with the goal of establishing a plan by the end of April to reduce opioid abuse, dependence and overdose in Philadelphia. The idea was presented by Priya E. Mammen, the director of public health programs in the Department of Emergency Medicine at Sidney Kimmel Medical College at Thomas Jefferson University.

The injection sites would be paid for through Philanthropical donors and staffed by nurses and doctors who would point users to treatment and social services, according to the Inquirer. It’d look a lot like Vancouver’s Insite, which Philadelphia magazine’s Dan McQuade wrote about in December:

Insite opened in Vancouver, British Columbia, in 2003. It does not give out drugs, but it does provide a safe environment in which drug users can self-inject with their own drugs. It is popular: Anna Marie D’Angelo, a spokesperson for Insite, says users line up and wait outside for a spot in one of the 13 booths. No teenagers and no first-time drug users are allowed; you can’t pass drugs or money there. Dealers are shooed away from the outside, and people have come to “respect” the site. Police now tell addicts to go to Insite. The site provides a place for users to exchange dirty needles for clean ones, similar to Prevention Point Philly.

Insite has experienced notable success: the organization hasn’t seen a single overdose death since it opened, and its users are 30 percent more likely to access detox services than those who do not visit. Last year, its staff referred 5,368 people to social and health services and 464 people to a detox center called Onsite, operated at the same location, McQuade reports.

It’s seen as a valid alternative to massive drug sweeps, which are really more of a short-term (and costly) solution.

Yesterday’s proposal was presented to city police, Health Commissioner Thomas Farley, DEA agents, government officials and activists, according to the Inquirer, which reports that a task force subcommittee should make a formal proposal to Mayor Jim Kenney in April.