Sebastian Cummings is none too happy with the popular taco spot. 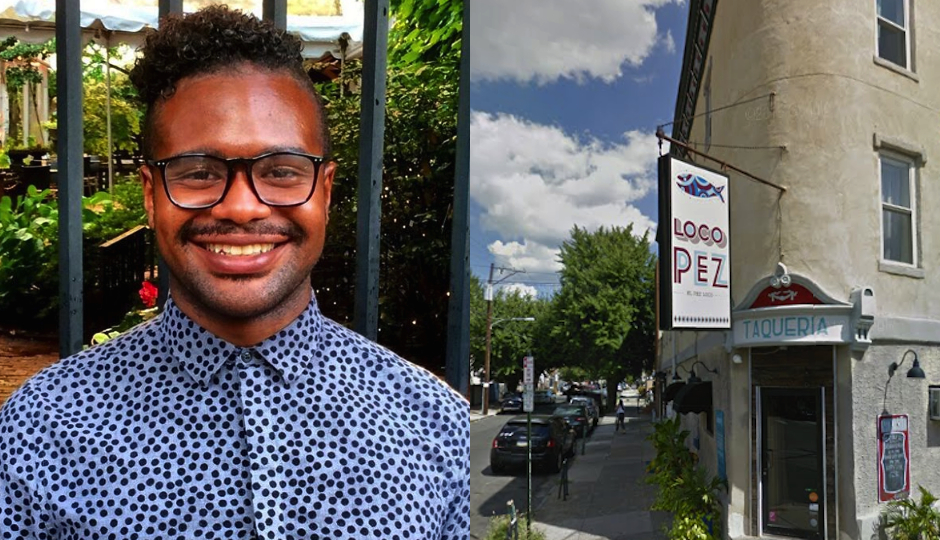 Fishtown taco bar Loco Pez is a gritty and quirky spot, the kind of place where it’s not unusual to hear the kitchen cursing up a storm as you’re downing two-dollar tacos and Kenzingers, and where there’s a prominent sign reading cash only bitches. But one former employee says this ultra-casual, foul-mouthed culture went way too far.

Sean “Sebastian” Cummings is a gay Philadelphia actor, musician, and performance artist who creates fun, fringey works like Showbiz: Active Terrorism. And like many artists, Cummings had to find a way to help make ends meet, so in May 2016 he took a job at Loco Pez washing dishes and doing some food prep.

But the work environment was not exactly what he expected.

According to allegations contained in a lawsuit that Cummings filed against Loco Pez in federal court this week, homophobic language was rampant in the restaurant. He says that his male colleagues regularly referred to him and sometimes to each other using terms like “cock smokers,” “cock suckers,” “homos,” and “faggots.” The lawsuit claims that this language was used daily.

Cummings, a South Philadelphia resident, says that in mid-June, he told Loco Pez chef Lucio Palazzo that he was being harassed by other members of the staff. In the lawsuit, Cummings claims that Palazzo acknowledged that it was happening but said that “[the workers] don’t mean anything by it” and that their behavior was “rooted” in “pent-up desires.” (Neither Palazzo nor Loco Pez’s attorney immediately responded to a request for comment.)

A couple of weeks after Cummings says he spoke with Palazzo, things got a little more heated. Cummings claims that one male employee threatened another male employee whom the first employee felt had been coming on to him sexually. He says that the employee said he’d “beat the shit out of” the other man and that the other male staff members egged him on.

After that, Cummings decided he could no longer work at Loco Pez and quit. 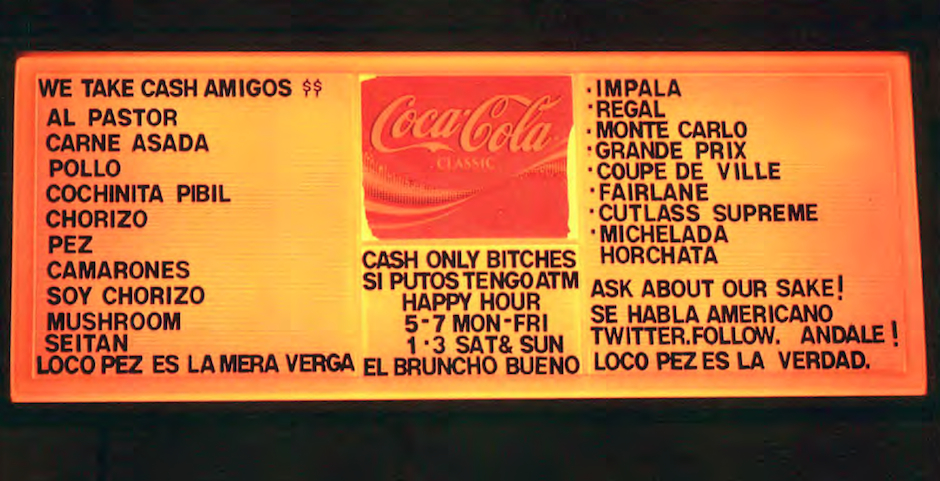 Cummings also takes issue with one of the signs posted in the restaurant.

Just under cash only bitches, the sign reads si putos tengo atm. The word “puto” can mean different things in different contexts — none of them good — and is a common Spanish slur for a gay man. (FIFA has been fining soccer teams when a team’s fans relentlessly chant “puto” at opposing players.) In this case, the lawsuit claims, “putos” means “fags,” as in, “Yes, fags, I have an ATM.”

“Given the other things that were said at Loco Pez, we think it’s pretty clear what is meant by the use of ‘puto’ on the sign,” says Justin Robinette, Cummings’s attorney. “Sebastian and other LGBT people deserve to work free of discrimination and harassment. We look forward to Mr. Cummings’s day in court.”